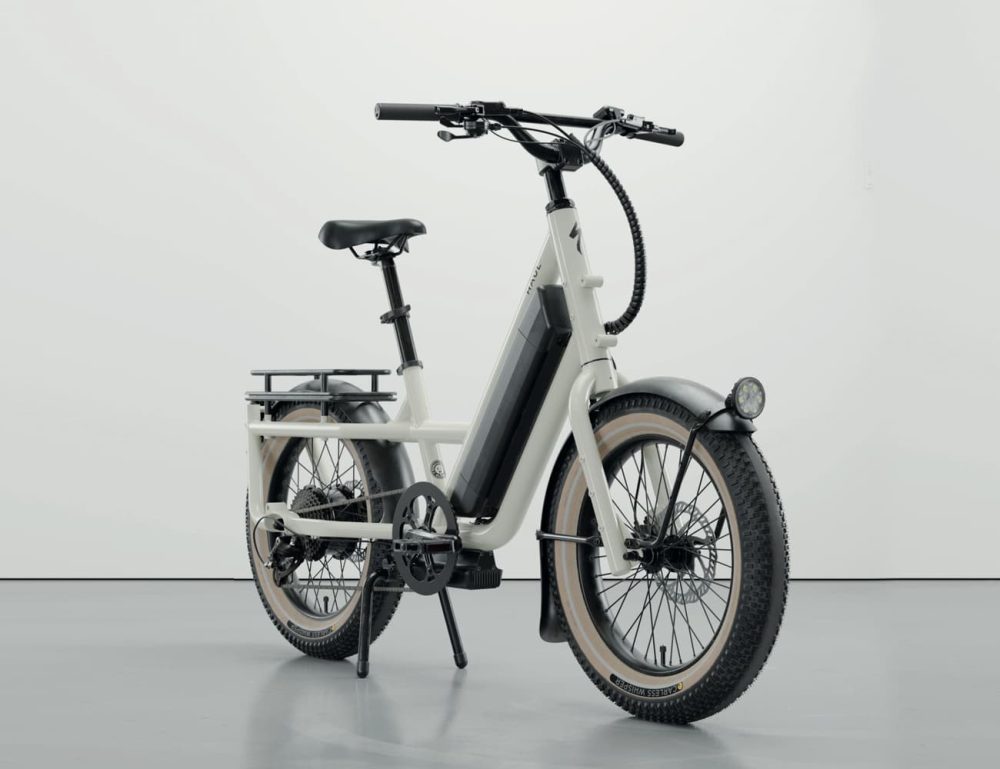 Earlier this year, we first reported on the Specialized Globe line of electric bicycles, which the company announced would see the high-end bicycle manufacturer launch a new series of more affordable electric utility bikes. Now, we’re getting our first look at the premier model known as the Globe Haul ST.

Specialized’s Globe Haul ST was teased earlier this year with a heavily obscured photo showing the e-bike carrying a pile of cactuses. At the time we could tell that it would be a step-through utility e-bike, but that was about it.

Now we’re getting two new photos that finally show off the bike without teaser cactuses covering all of the best parts.

Check out the first image below to see the first glimpse of the upcoming Globe Haul ST.

As the company explained as part of the new photo release:

In 2022, Globe introduced a series of super fun high performance everyday bicycle models with enough power, range and modularity to enable riders to finally leave that car dependency behind. Although the Haul ST looks small, it’s been known for its huge personality.

While we are finally getting our first look at the new bike, the company hasn’t exactly been generous with the tech specs.

We know it will have an aluminum frame and a rigid steel fork, but that’s about it for the hard details.

From the pictures, we can glean a few more nuggets of information. There’s obviously a rear hub motor, but we don’t know the power rating. There’s a decent chance it will be one of these “250W” situations where those quotes do some heavy-lifting to imply that the bike will be legal in 250W-limited countries, while actually offering higher power that North American customers are more familiar with.

We can see that the Globe Haul ST carries a fairly large battery, a set of fenders with built-in lighting, a telescoping seat tube for a wide range of rider heights, a step-through frame for easier mounting (especially when you have large cargo or kiddos on the rear rack), and of course that cargo-ready rear rack.

It’s not clear if there’s a throttle or not, but an extra wire terminating on the right handlebar could indicate an included throttle – or it could just be a remote with buttons controlling additional functions.

The large tires feature a hybrid street/trail tread with a slick patch in the center and knobbies on the edges for cornering in looser terrain.

A seven or eight-speed transmission offers a range of gears, and hydraulic disc brakes should provide plenty of stopping power for a loaded-down utility e-bike.

The last major piece of information we’re missing is the price. Many of Specialized’s electric bikes start at nearly $4,000, and the prices increase significantly from there. The Globe Haul ST should be cheaper, likely in the low to mid $2,000 range or even upper $1,000 range, if we’re lucky.

We’ll have to wait for more information before judging the value of the e-bike, but it is clear that Specialized is hoping to horn in on some that sweet RadRunner-type action in the value-priced electric bike market.

What do you think of the Specialized Haul ST? Let’s hear your thoughts in the comment section below.