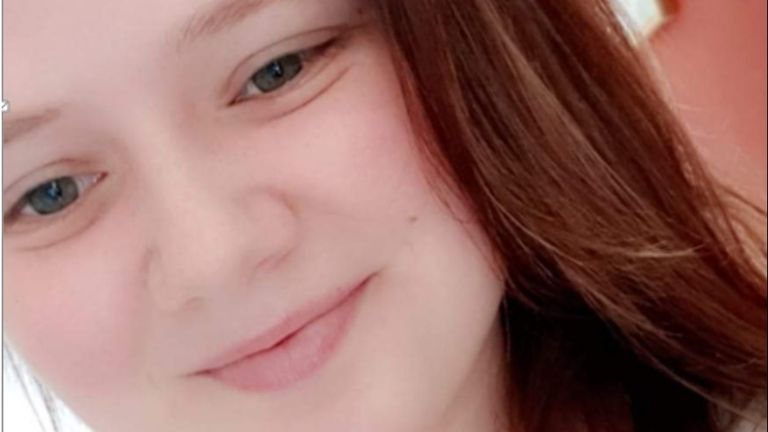 Police looking for a missing teenager have found human remains in a house less than half a mile from where she was last seen.

Leah Croucher was 19 when she disappeared on 15 February 2019 in Milton Keynes, Buckinghamshire, sparking a massive three-and-a-half year search.

Thames Valley Police said her rucksack and other personal possessions had also been found at the property after a tip-off from a member of the public on Monday.

Officers are still at the home on Loxbeare Drive in the Furzton area of Milton Keynes.

Ms Croucher vanished while walking to work – the last sighting of her was at around 8.15am on Buzzacott Lane.

The two locations are only a two-minute drive apart.

Detective Chief Superintendent Ian Hunter described the search as a “very difficult scene” and said a murder investigation had begun.

“The forensic examination continues and will do for some time. It is likely to take some time to formally identify the deceased,” added a police statement.

Ms Croucher’s family are being kept updated and supported.

Hundreds of officers have worked on the search since 2019, scouring 1,200 hours of CCTV and carrying out 4,000 house-to-house inquiries.

Specialist search teams, police on horseback, dogs, the marine unit and the National Police Air Service have all been involved.

Mr Hunter said the tip-off was the first time they had been alerted to the Loxbeare Drive property.

“Our thoughts remain with Leah’s family and friends, and we will continue to offer them all the support that they need,” he said.

In an appeal a year after her disappearance, her parents Claire and John Croucher described the family’s heartbreak and said they feared someone had taken her.

Ms Croucher was described as “very quiet” and “not really an outgoing type of person”, who preferred reading fantasy fiction or watching DVDs in her room than socialising.

She competed internationally in taekwondo, but her father said she was “not a fighter”.

His mother said he’d found the disappearance of his sister “very difficult”.