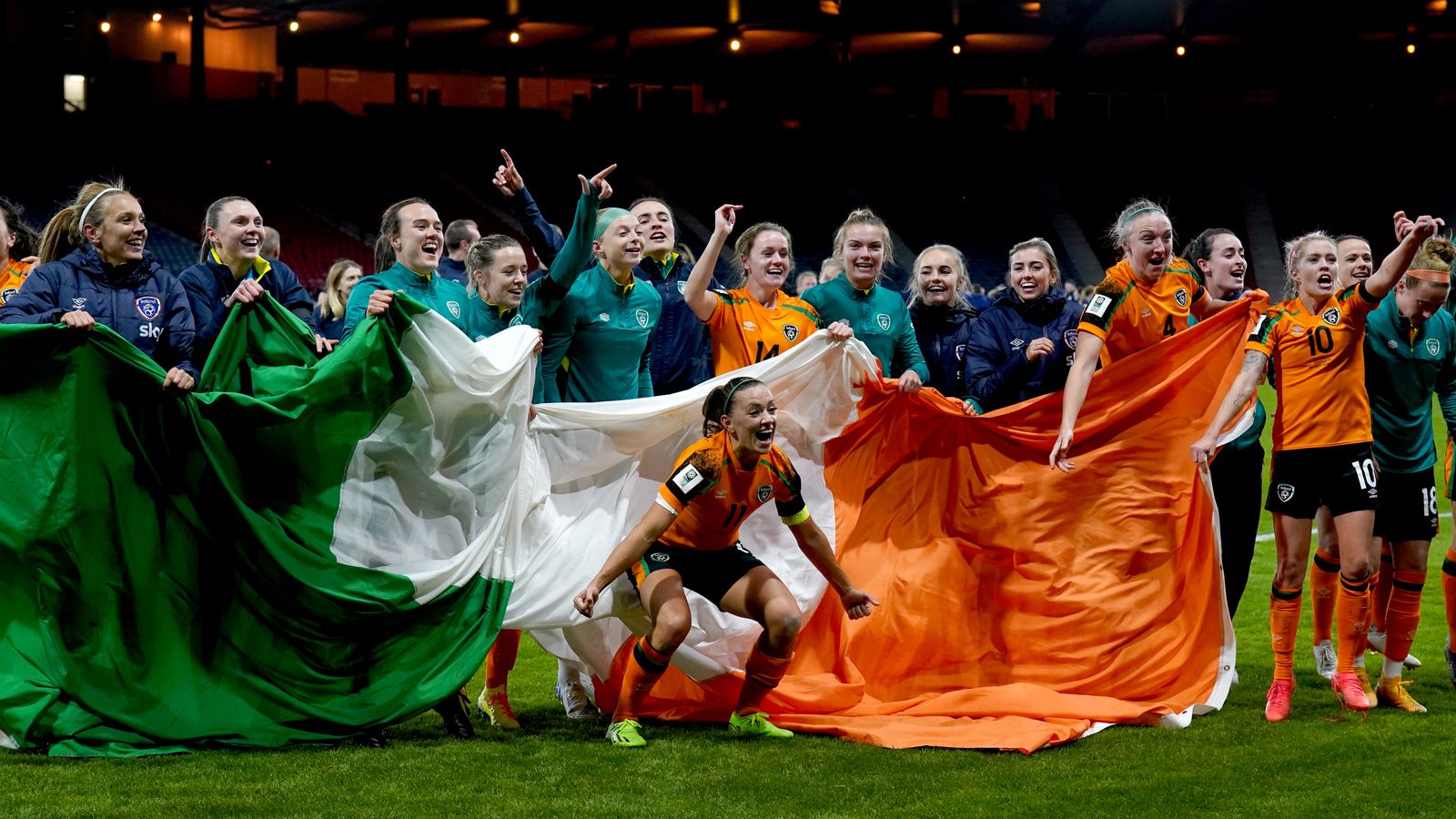 Ireland’s football association and the women’s team manager have apologised after players sang a song referencing the IRA while celebrating their World Cup qualification.

Videos circulated on social media showing them singing the song after Tuesday night’s 1-0 play-off victory over Scotland at Hampden Park.

A statement by the Football Association of Ireland (FAI) apologised “for any offence caused” for the dressing room incident.

Coach Vera Pauw said: “We apologise from the bottom of our hearts to anyone who has been offended by the content of the post-match celebrations after we had just qualified for the World Cup.

“We will review this with the players and remind them of their responsibilities in this regard.

“I have spoken with players this morning and we are sorry collectively for any hurt caused, there can be no excuse for that.”

The video showed a group of players jumping and singing “Ooh, ah, up the Ra” – a chant associated with support for the Irish Republican Army (IRA).

Winger Aine O’Goran told Ireland’s RTE Sport: “We sang 100 songs last night and that was the one that went out. We would just like to apologise to anyone who was offended.”

Ireland qualified for their first World Cup after Amber Barrett came off the bench to score the game’s only goal in the 72nd minute.

Drought, disease and conflict: Somalia is fighting a battle on all fronts
Attack on NATO energy supplies would provoke ‘united and determined response’, alliance chief vows