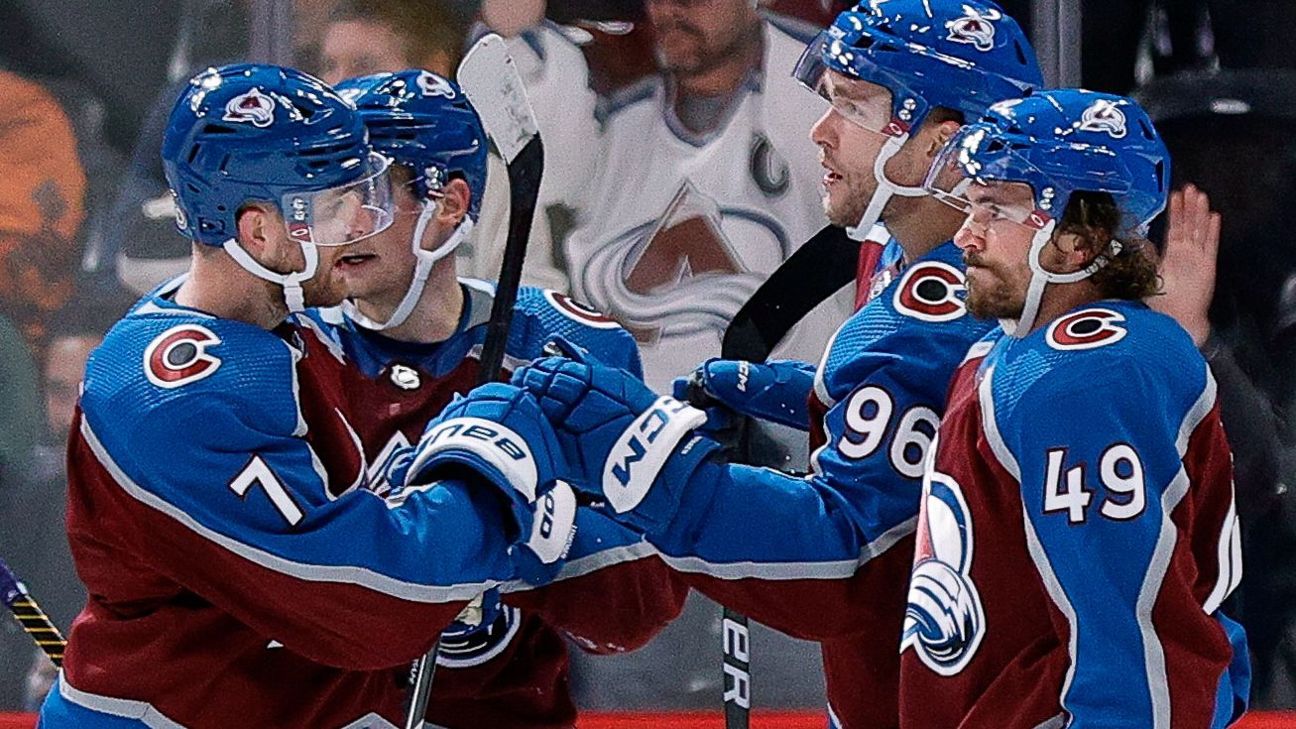 DENVER — For their sparkling Stanley Cup run, the Colorado Avalanche picked up some snazzy rings to commemorate the moment.

How about these numbers: 669 diamonds, 18 custom-cut sapphires — plus two more round sapphires — and 42 rubies. All told, its gemstone weight checks in around 18.5 carats.

Not only are the rings eye-catching, but so is the accompanying box. When opened, it plays a video of the Avalanche hopping onto the ice to celebrate the franchise’s third Stanley Cup title by dethroning the Tampa Bay Lightning in Game 6 in June.

The players, coaches and team members received their keepsakes Monday night in a private dinner ceremony.

“They’re pretty incredible,” said defenseman Cale Makar, who won the Conn Smythe as the postseason MVP. “I don’t think they could be any more perfect. Super amazingly done.”

One more celebration awaits — a banner-raising party with the capacity crowd at Ball Arena before the season opener Wednesday night against Chicago. Then, no more celebrations.

“We have to flip the switch and get ready,” Colorado forward Mikko Rantanen said.

“Long season and shorter offseason and then get ready for a new season — it makes it so hard,” said Rantanen, whose team will play in Calgary on Thursday and face former teammate Nazem Kadri. “You just have to be laser-focused. … We know what we did last year and how you need to win.”

About those rings: Crafted by Jostens, the jewelry pays tribute to all the small things. There are 19 diamonds set in the snow moving toward the logo to honor the legacy of Hall of Fame forward turned executive Joe Sakic. Those diamonds are .22 carats, which is an homage to the 22 years of ownership by the Kroenke family.

The burgundy-colored “A” is made out of six rubies, which marks Colorado winning the Cup in six games over Tampa Bay. The background on the right side features 72 diamonds to represent the 72 combined regular-season and playoff wins, which ties for the most in NHL history. There’s also two sapphires to signify the ’96 and ’01 Stanley Cup wins.

“Very beautiful. It’s hard to describe it,” Rantanen said. “I didn’t know what to expect really. And it was a lot better than I thought. I was just so happy to see it.”

“Obviously a good keepsake, something that you have forever as a memory,” Makar said. “Hopefully, we can keep adding to the collection.”