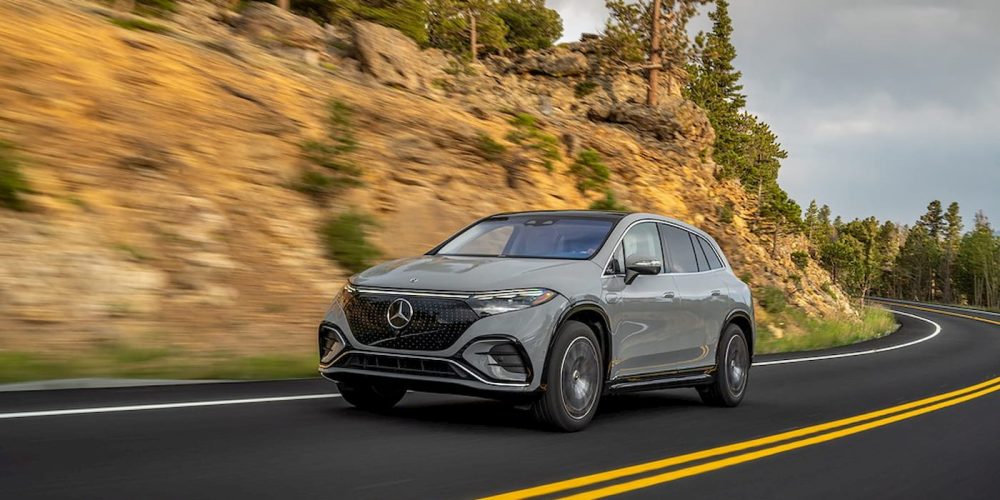 Mercedes Benz released its global Q3 sales report as the luxury automaker ventures toward an all-electric future. In Q3 (July to September), Mercedes Benz sold 30,000 electric vehicles, 115% more than last year. As EV demand in the US heats up, Mercedes is introducing a full lineup, including the all-new EQS SUV arriving later this month.

Electric vehicle sales outpaced every other segment in Q3, up 115% YOY, pushing overall vehicle deliveries up 21%. Despite ongoing supply chain bottlenecks in the auto industry, Mercedes is fairing the storm better than most.

Yesterday, the head of global auto research at UBS, Patrick Hummel, warned investors to expect challenges ahead in the auto industry. In particular, Hummel explained US automakers like Ford and GM will likely see weakening demand while input costs are still elevated, causing a significant drop in profits.

However, Hummel maintained a buy rating for Mercedes’ stock, pointing out that luxury automakers such as Mercedes-Benz will be better prepared for what’s to come with wider margins and a more resilient consumer base.

The German automaker had its strongest sales quarter so far in Q3 as demand for luxury electric vehicles continues building. As Britta Seeger, Mercedes board member, explains:

In a challenging business environment – primarily defined by ongoing semiconductor shortages – we continue to see robust demand for Mercedes-Benz resulting in the strongest sales quarter this year.

Furthermore, Mercedes is taking a page out of EV leader Tesla’s playbook by building its own charging network (Mercedes me Charge), which rose to 850,000 charging points globally in Q3, up 70% from 2021.

By the end of the decade, Mercedes plans to be an all-electric brand where market conditions allow. To get there, the automaker claimed in June 2021 that it would release battery-electric vehicles in every segment. In Q3, the automaker took another giant step toward its vision.

The Mercedes EQS, which takes luxury driving to the next level (see our full review here), had its highest quarterly sales in Q3, with 5,400 units sold.

With the EQS SUV and EQE SUV, which celebrates its premiere in Paris on October, 16th, our customers can choose a fully electric vehicle in every segment served by Mercedes-Benz.

Mercedes began production of its EQS model at the company’s Tuscaloosa assembly plant in Alabama this past August. The automaker also released the EQS SUV and EQB in Q3, with the EQE launching later this month. As new incentives and rebates roll out across the United States, demand for electric vehicles is only predicted to continue rising. Mercedes looks to take advantage of the market growth with a slate of new electric models.