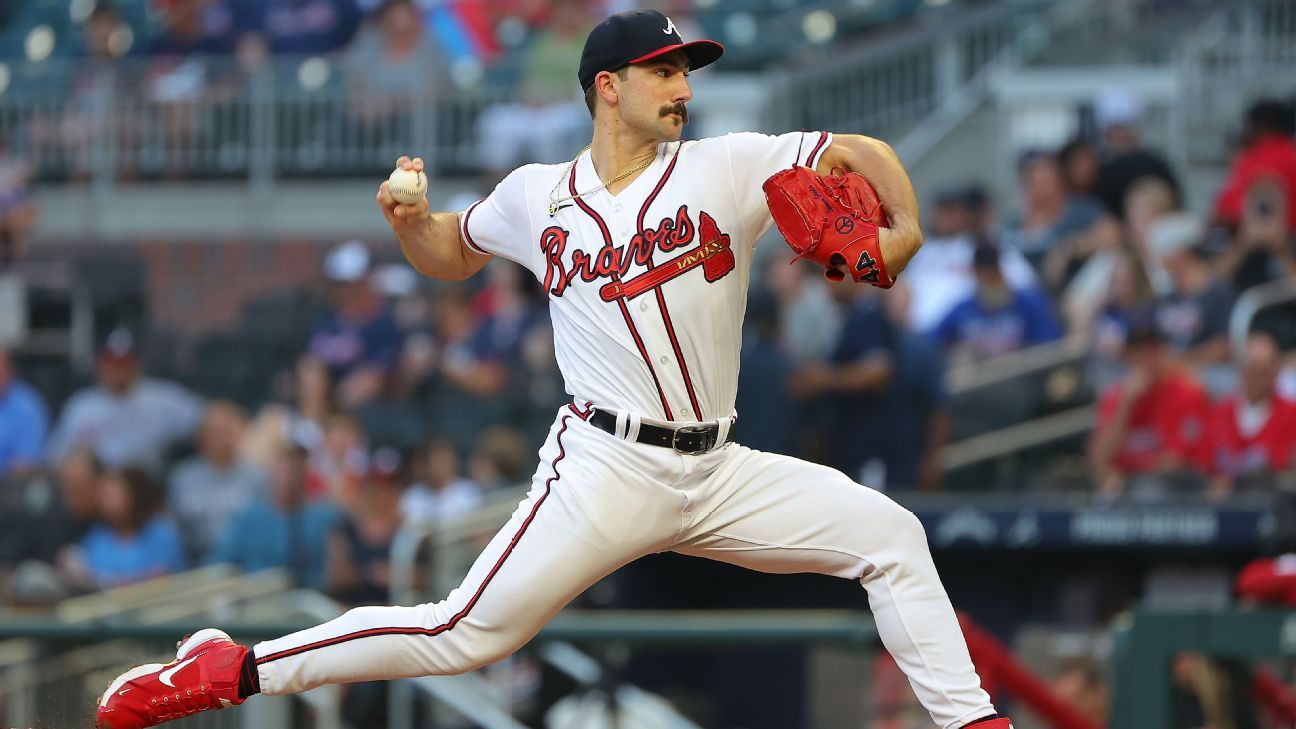 Rookie Spencer Strider, who hasn’t pitched since Sept. 18 because of an oblique injury, has been included on the Atlanta Braves‘ roster prior to Game 1 of the National League Division Series against the Philadelphia Phillies on Tuesday.

A decision on whether he will be used as a starter or reliever has yet to be made. Braves manager Brian Snitker said Strider will throw on the side before Tuesday’s matchup against Philadelphia but would not be available to pitch in Game 1.

“He’s succeeded in both roles,” Braves catcher Travis d’Arnaud said Monday. “Just to have him out there is big for us and would be tremendous.”

Strider, who turns 24 this month, has made just 33 big league appearances, but he has quickly become one of the team’s most popular players with his 100 mph fastball and bushy mustache.

The right-hander signed a six-year, $75 million deal with the Braves on Monday.

Strider, who threw off a mound on Sunday, said he feels “great” entering the postseason. “I feel good, and hopefully it keeps trending in that direction,” Strider said.

Relief pitcher Tyler Matzek was left off the Braves’ NLDS roster because of elbow discomfort, and starting pitcher Bryce Elder also was not on the roster.

Matzek had a 1.69 ERA in last year’s World Series and got the victory in Game 4..