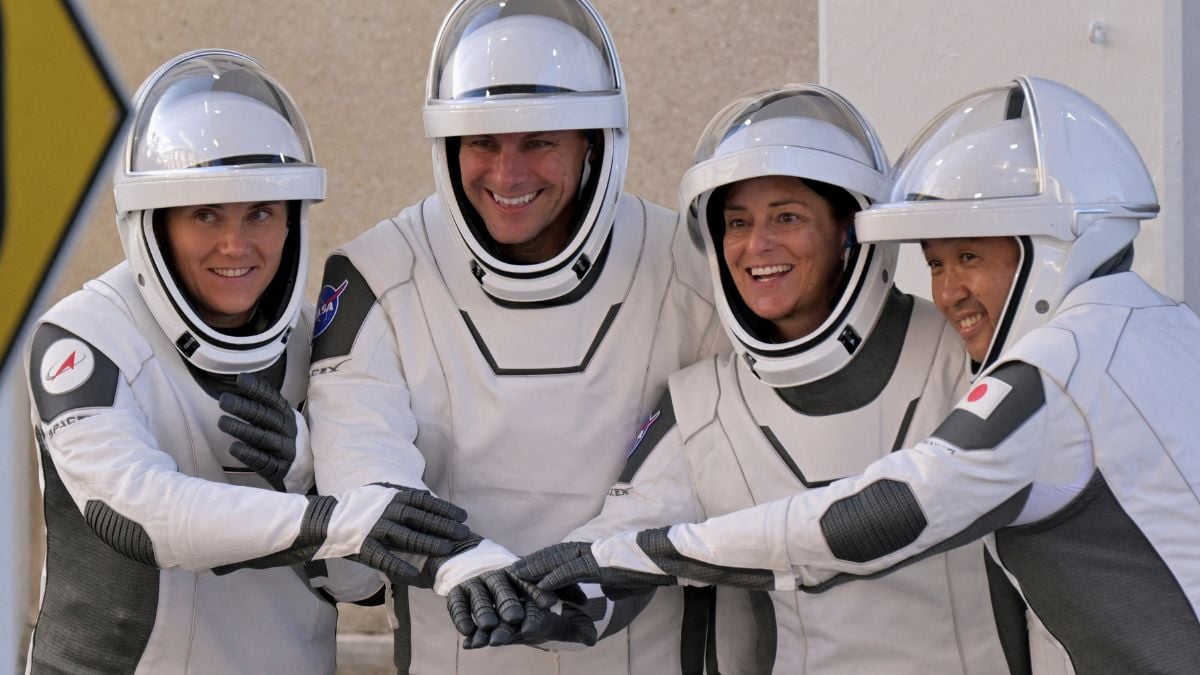 A four-member SpaceX Crew Dragon team, including a Russian cosmonaut and the first Native American woman sent to orbit, safely docked with the International Space Station (ISS) on Thursday and moved aboard to begin a five-month science mission.

Rendezvous of the latest NASA expedition to the orbiting laboratory came just after 5 EDT (2:30am IST) following a 29-hour flight to the ISS as the two vehicles circled the globe some 420 km above Earth off the west coast of Africa, according to a NASA webcast of the docking.

The inclusion of Kikina, the lone female cosmonaut in active service with the Russian space agency Roscosmos, was a sign of continued US-Russian cooperation in space despite escalating tensions between Moscow and Washington over the war in Ukraine.

Kikina joined the SpaceX Crew-5 flight under a new ride-sharing agreement signed in July between NASA and Roscosmos allowing the two countries to keep flying on each other’s spacecraft to and from ISS.

The team was led by Mann, the first indigenous woman NASA has sent to space and the first woman to take the commander’s seat of a SpaceX Crew Dragon. Mann, a US Marine Corps colonel and combat fighter pilot, is also among the first group of 18 astronauts selected for NASA’s upcoming Artemis missions aimed at returning humans to the moon later this decade.

“We look forward to getting to work,” Mann radioed moments after the linkup was completed.

On arrival, the Endurance crew spent nearly two hours conducting a series of standard procedures, such as leak checks and pressurizing the chamber between the capsule and ISS, before opening the entry hatches.

A live NASA video feed showed the smiling new arrivals weightlessly floating headfirst through the padded passageway one by one into the station.

They were greeted with hugs and handshakes by the four-member team they are replacing – three Americans and the Italian station commander, Samantha Cristoforetti – as well as by two Russians and a fourth NASA astronaut who shared a Soyuz flight to the ISS last month.

“A lot of people are working hard to make sure our common manned space exploration will continue to exist, to develop further. We are living proof of this,” Kikina said in Russian remarks translated to English through a mission-control interpreter during a brief welcoming ceremony.

The Endurance crew marked the fifth full-fledged ISS team NASA has flown aboard a SpaceX capsule since the private rocket venture founded by Tesla CEO Elon Musk began sending US astronauts to space in May 2020.

SpaceX has flown eight crewed missions to orbit in all, including non-NASA flights.

The new arrivals are set to conduct more than 200 experiments during their 150-day mission, many focused on medical research ranging from 3-D “bio-printing” of human tissue to a study of bacteria cultured in microgravity.

ISS, spanning the length of a football field, has been continuously occupied since 2000, operated by a US-Russian-led partnership that includes Canada, Japan and 11 European countries.

NASA-Funded Tech for Future Missions May Charge EVs in 5 Minutes on Earth
SpaceX Rocket With Next ISS Crew Including Russian Cosmonaut, Enters Orbit