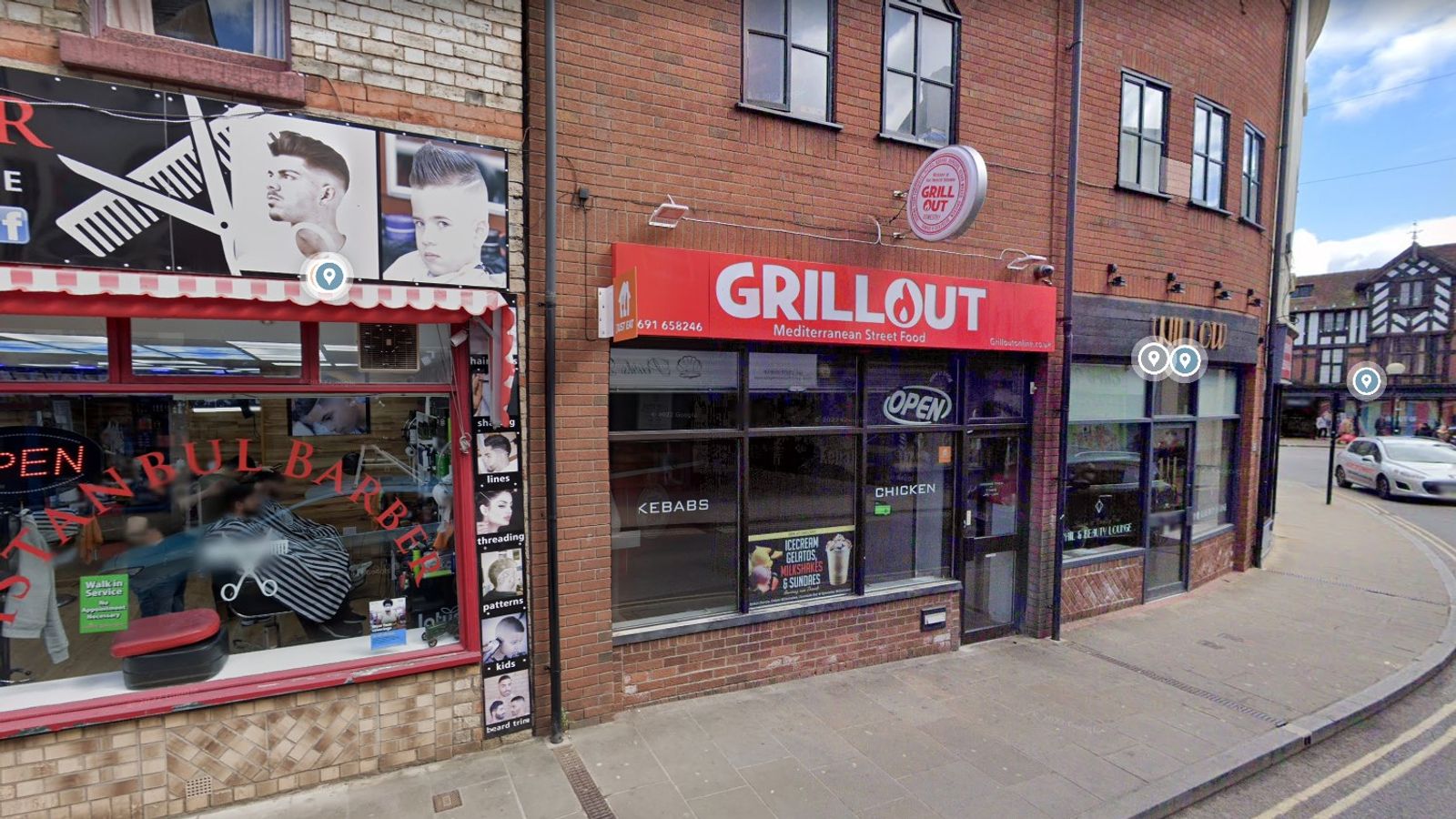 A 22-year-old woman has been killed in a hit-and-run incident after a car mounted a kerb outside a takeaway in Shropshire.

The car struck the woman and another person in front of the Grill Out restaurant in Oswestry at around 2.50am on Sunday, police said.

She was rushed to Royal Shrewsbury Hospital but died shortly after arrival.

The driver of the vehicle, described as a light-gold or champagne coloured Volvo, did not stop at the scene in Willow Street.

A cordon is in place and Willow Street is currently closed, with the public asked to avoid the area.

West Mercia Police have launched an appeal for information about the “concerning” incident.

Detective Inspector Dave Bettison said the force was doing “everything we can” to locate the driver.

Anyone who was in the area or may have dashcam, mobile phone or CCTV footage is urged to come forward.

“Our thoughts go out to the family of the woman who has died as a result of this tragic incident,” Mr Bettison said.

“We believe there may have been a number of passengers in the vehicle, and I would also urge them to come forward.

“I’d like to thank the members of the public who worked tirelessly at the scene to help the victims and deliver crucial first aid.

“Investigations will continue throughout today.”

Anyone with information is asked to contact police or call Crimestoppers anonymously on 0800 555111.

Winter power blackouts ‘extremely unlikely’ but UK must ‘plan for every scenario’, says minister
Prince William has signalled he won’t be keeping quiet on the issues that matter to him