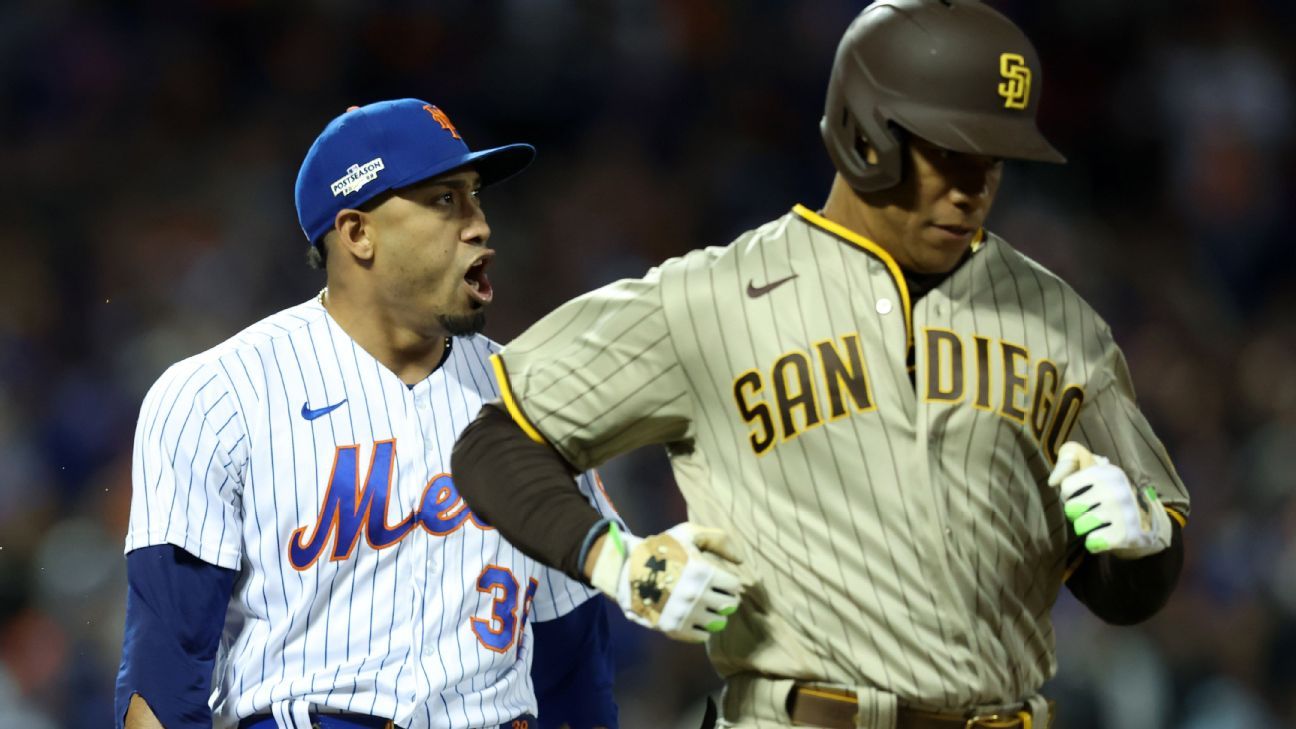 The playoff field expanded to 12 teams for the 2022 postseason — four best-of-three series to determine which teams will advance to the ALDS (against the Houston Astros or the New York Yankees) and NLDS (against the Atlanta Braves or Los Angeles Dodgers).

Well, all but one of the wild-card series ended in a sweep. The Cleveland Guardians swept the Tampa Bay Rays and will meet the Yankees in the next round. The Seattle Mariners swept the Toronto Blue Jays and will move on to face the Astros. And the Philadelphia Phillies will battle the Braves after sweeping the St. Louis Cardinals.

So who will play the Dodgers? We’ll find out tonight.

Follow the action below with start times, pitching matchups, predictions and starting lineups as they’re announced, followed by in-game updates and takeaways after the game is concluded.

What to watch for: It all comes down to Bassitt versus Musgrove for the opportunity to go to the NLDS and face off against the Los Angeles Dodgers. New York will need a strong start from Bassitt, but the bigger question will be which version of the Mets’ lineup will show up against the Padres on Sunday. In Game 1, they left eight runners on base, managing just a single run on an Eduardo Escobar solo home run off Yu Darvish. The offense looked completely different in Game 2, with contributions up and down the lineup, highlighted by home runs from Pete Alonso and Francisco Lindor. The Mets’ offense has ranked among the best in baseball the entire season but has struggled recently in key moments.

The Padres need a strong performance from Musgrove, who made one start against the Mets this season, allowing four runs in 5⅓ innings pitched in an 8-5 loss. Just as important will be the bullpen. After Blake Snell exited Game 2, having allowed two runs on six walks, five strikeouts and four hits in 3⅓ innings, the Padres’ bullpen failed to keep things close after Nick Martinez served up Alonso’s go-ahead home run and Adrian Morejon allowed four to score without recording an out. The Padres ranked 14th in baseball in bullpen ERA, and star reliever Josh Hader struggled upon arriving in San Diego at the trade deadline, posting a 7.31 ERA in 16 innings pitched. The Padres’ bullpen could be major weak spot for Game 3, especially if the Mets’ bats of Game 2 stick around for Game 3. — Joon Lee

Lee: Bassitt recovers from his struggles during last Sunday’s pressure-packed loss to the Atlanta Braves and comes through with a strong start — and Mets squeak out enough production from the top of their lineup to inch past the Padres in a tight game from start to finish. Mets 4, Padres 2

Bradford Doolittle: After the Padres split the Max Scherzer/Jacob deGrom starts, the edge in pitching matchup swings in their favor with Musgrove going against Bassitt. More importantly, we saw the challenge Buck Showalter faced in piecing together high-leverage outs on Saturday. That happened while the Padres had Hader cooling his heels and resting up for Sunday. Padres 4, Mets 2

Alden Gonzalez: Bassitt was made to pitch in New York, made to thrive in moments like these. With everything on the line, he’ll ride a frenzied home crowd to a close win over Musgrove. Mets 3, Padres 1

Jeff Passan: In an all-hands-on-deck game, I go with the team that has the superior hands: New York. The Bassitt-Musgrove matchup is something of a wash, which leaves the bullpens. New York’s is slightly better, though a fresh Hader vs. Edwin Diaz coming off 28 pitches — the last time he went back-to-back with so many was June 2018 — is a touch scary for the Mets. In the end, their lineup depth prevails. Mets 3, Padres 2