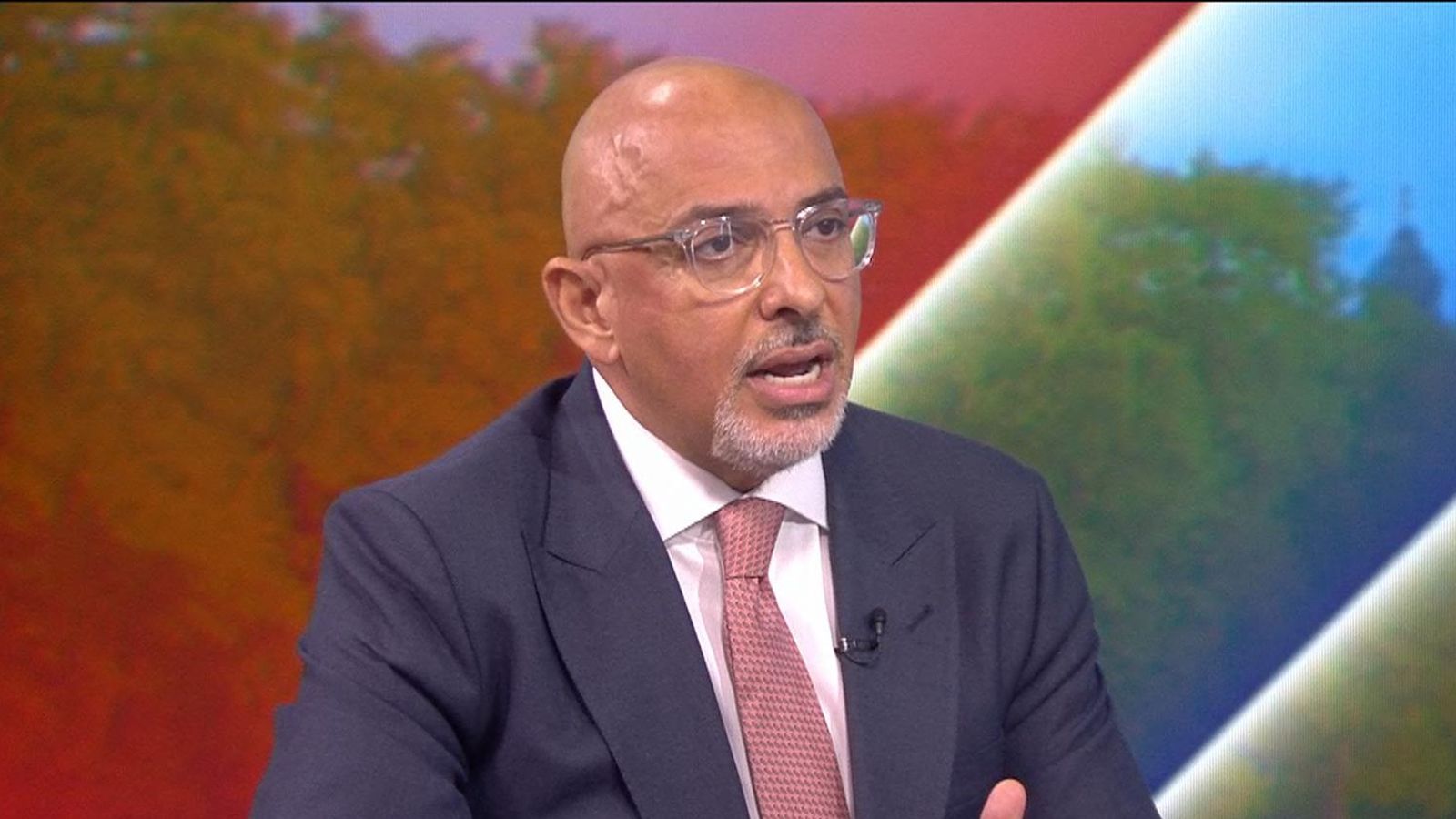 Cabinet minister Nadhim Zahawi has warned restive Tory MPs that “dither or delay will end in defeat” as he appealed for unity just over a month after Liz Truss took office.

Speaking to Sky News, the Chancellor of the Duchy of Lancaster stressed the need for party colleagues to “focus” on delivery or face being kicked out of power.

Mr Zahawi’s comments follow a rocky start for the new prime minister, bruised by the financial turmoil unleashed with the government’s mini-budget, sparking opposition claims it had “crashed the economy”.

Chancellor Kwasi Kwarteng’s tax-cutting plans funded by borrowing saw the pound plunge in value against the dollar, forcing the Bank of England to intervene and restore stability.

The government subsequently climbed down on plans to abolish the top rate of tax for the highest earners in the face of a blue-on-blue backlash.

But fresh divisions have now emerged in cabinet with calls to increase benefits in line with inflation.

Conservative MPs return to Westminster this week after their fractious party conference with Labour buoyed by its strongest performance in the opinion polls for more than 20 years.

Mr Zahawi was among four cabinet ministers to write articles in the Sunday newspapers calling on Tories to rally behind the leadership.

He told the Sophy Ridge On Sunday programme, presented by Trevor Phillips: “Delay is our biggest enemy.

“We’ve got two years to demonstrate to the nation that we can deliver.

“I want my colleagues to obviously focus, because any dither or delay will end in defeat.”

Former culture secretary Nadine Dorries, who has been critical of the government’s direction, also urged support for the prime minister as she said she is “still one of Liz’s biggest supporters”.

She told the BBC: “The fact is that just after a leadership election, and at the start of a new administration, what we don’t need is a disrupter, what we need is a unifier.

“And I think probably that the new prime minister has realised that over the last few weeks.”

Ms Dorries added: “The simple principle of our democracy and our unwritten constitution is that if you’re going to have a completely fresh mandate, a completely fresh set of policy ideas and a new prime minister, it would be right to go to the country.

“Liz doesn’t need to do that. And I really hope she won’t do that when we’re 30 points behind in the polls.”

He said: “So we are in a particular perilous moment because of decisions that were taken by Liz Truss and Kwasi Kwarteng three weeks ago.

“We need stability in our economy, instead what we’ve got is a reckless approach.”

He also dismissed claims a Labour government would be “propped up” by the SNP, branding the suggestion “complete and utter nonsense and desperate”.