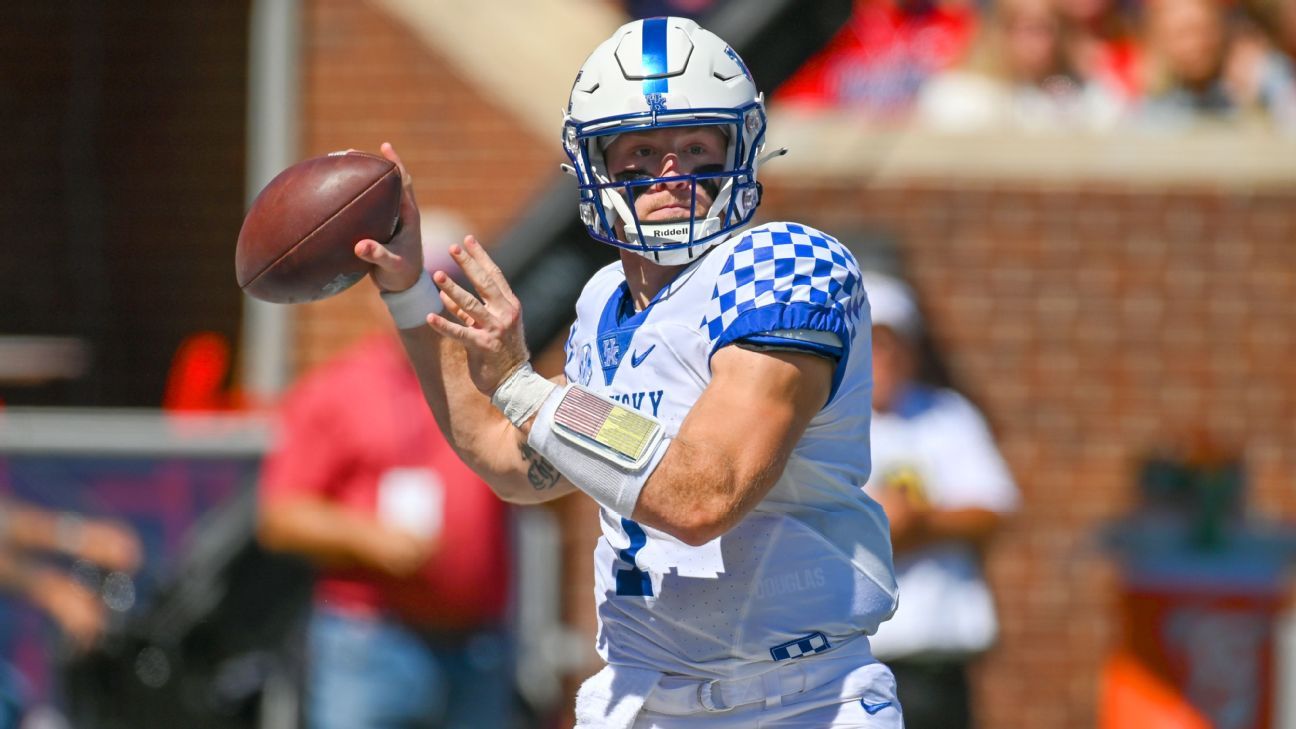 Kentucky Wildcats quarterback Will Levis, plagued by a foot injury, will be a game-time decision Saturday night against South Carolina, sources told ESPN.

Levis was banged up last week in the 22-19 loss at Ole Miss and also dislocated his middle finger on his left non-throwing hand. Levis has been sacked 19 times this season and was in a protective walking boot for part of this week.

Sources told ESPN that Levis’ foot injury had improved each day this week and that he wanted to play, but getting back to a point where he could play effectively in a game may prove difficult. He’s expected to dress out and go through pregame warmups.

Kentucky coach Mark Stoops told reporters Thursday that nobody had been ruled out of the South Carolina game.

“My policy is if somebody’s out, I’ll tell you,” Stoops said. “I don’t have anybody out. If I had somebody out, I’d tell you.”

ESPN’s Mel Kiper said this week that he would bet on Levis being the No. 1 overall pick in the 2023 NFL draft. Several NFL scouts ESPN has talked with also think Levis will be a top-5 pick and a top-10 pick at worst.

Levis, in his second season as Kentucky’s starter after transferring from Penn State, has passed for 1,405 yards and 12 touchdowns this season, but he’s also thrown four interceptions. He lost fumbles on each of the Wildcats’ final two drives last week against Ole Miss.

If Levis is unable to play, redshirt freshman Kaiya Sheron will be the Wildcats’ starter. Sheron has not attempted a pass this season. Getting top running back Chris Rodriguez Jr. back last week was a boost for Kentucky’s offense. He rushed for 72 yards on 19 carries and got a lot of those yards after contact.

The key storylines for TCU-Kansas, Texas A&M-Alabama and the rest of Week 6’s biggest games
Phils rally to take Game 1 as Cards implode in 9th