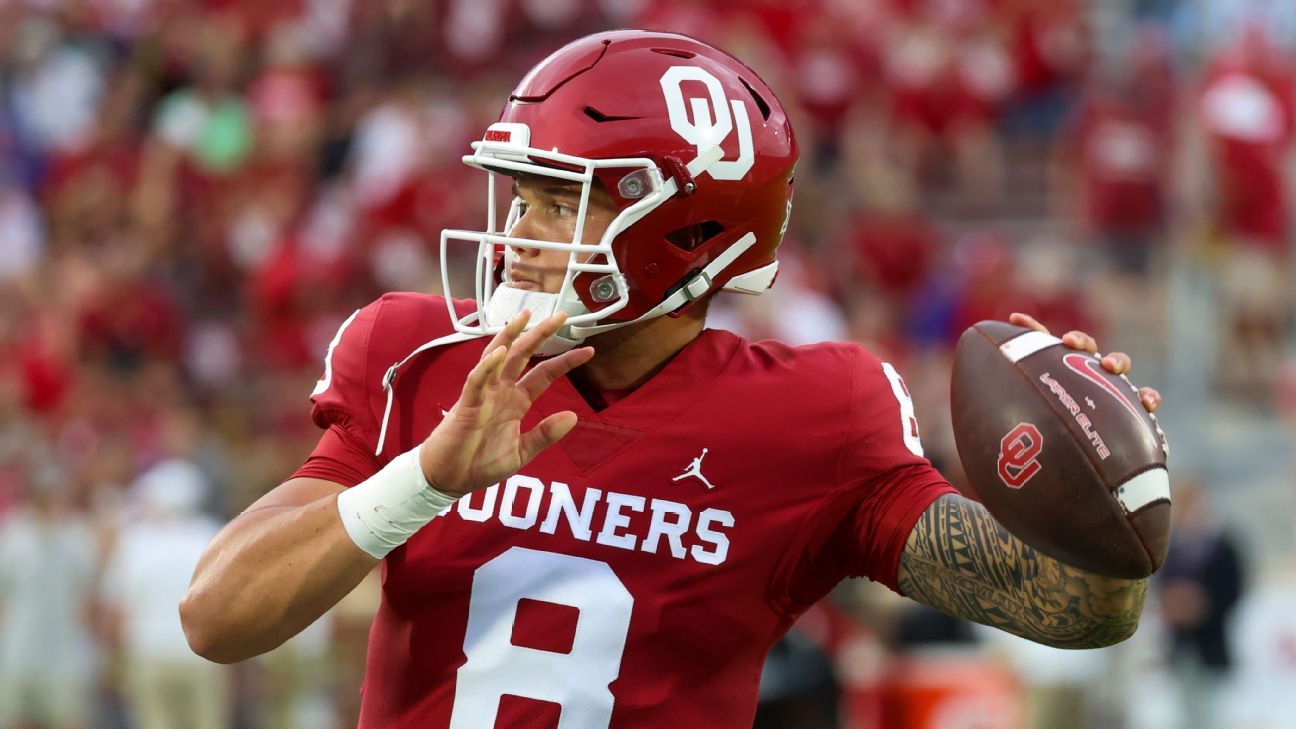 Oklahoma quarterback Dillon Gabriel will not play in Saturday’s game vs. rival Texas as he remains in concussion protocol, it was announced.

Gabriel was seen warming up in full uniform, pads and helmet in pregame drills, but he was in shorts and no pads at kickoff.

Davis Beville is making his first start with the Sooners at the Cotton Bowl in Dallas.

Gabriel was knocked out of last week’s loss to TCU in the second quarter when he was hit in the head while sliding by linebacker Jamoi Hodge, who was ejected for targeting.

Gabriel will be evaluated daily moving forward, the school said.