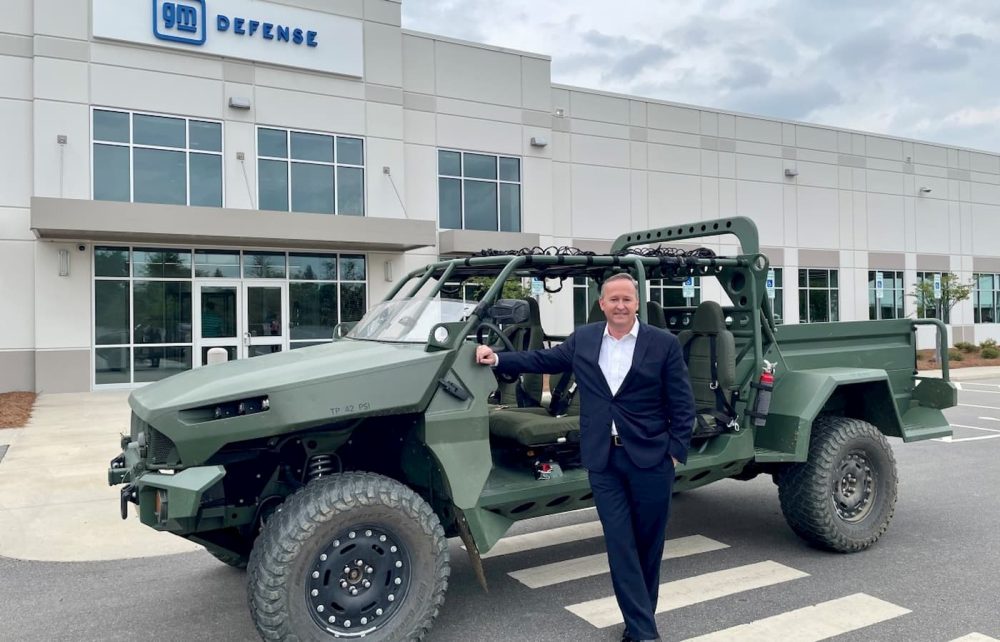 Tactical military vehicles are about to get an electric upgrade. GM Defense, a business unit of General Motors focusing on advanced defense mobility needs, was selected by the Defense Innovation Unit (DIU) to develop a battery pack that can be used for functional electric military vehicles.

The need to reduce our reliance on fossil fuels and transition to clean energy alternatives is becoming more evident as unpredictable weather events, including extreme heat, droughts, floods, hurricanes, etc., continue to intensify across the globe.

When these events happen, it directly affects the Department of Defense, which includes the US Army, Navy, Marines, and Air Force. The government agency is tasked with providing national security, including from the results of climate change.

Former US Secretary of Defense Chuck Hagel called climate change a “threat multiplayer” as it can “exacerbate” other issues, such as infectious diseases that can impact operations.

The Department of Defense looked at how climate change has impacted its department so far, giving several examples of why something needs to be done. For example:

These are just a few recent examples of how climate change has impacted the DOD. As a result, the Agency devised an action plan, including a climate strategy for each of its divisions, the US Army, Navy, and Air Force.

One of the primary focuses of the campaign is introducing functional military electric vehicles. The Defense Innovation Unit, a division of the DOD aimed at accelerating advanced technology use throughout the military, announced Thursday it had chosen GM’s Ultium Platform to test and analyze for tactical electric vehicles.

In July, the US Army selected GM defense to demonstrate an electric vehicle for the military, so it provided the GMC Hummer EV pickup.

Commercial battery electric technologies continue to mature. GM Defense offers a unique advantage with our ability to leverage proven commercial capabilities and the billions in GM investments in electric vehicle and autonomous vehicle technologies in order to help provide our customers with the most advanced capabilities the commercial market can offer.

GM says it will use its advanced Ultium Platform – its electric vehicle architecture – to meet the standards.

GM believes the Ultium Platform can “deliver power, range, and scale beyond and previous GM hybrid or extended range EV.” The EV platform is scalable, with battery options ranging from 50 kWh to over 200 kWh and space for up to 24 modules.

The automaker’s scalable EV platform allows modules to lay flat (for performance vehicles) or vertical for heavy-duty EVs, making it a good choice for US electric military vehicles.

Electric vehicles taking over the battlefield is only a matter of time. As battery technology like GM’s Ultium Platform advances, it enables longer travel distances, more power, and better performance.

Most importantly, electric vehicles are quieter, more powerful, can accelerate faster, and are technologically superior, making them the perfect choice for the military.

The US Army and Navy are aiming for net-zero emissions by 2050, while the Air Force is committing to 2046. Electric vehicles will likely play a critical role in the military as they look to achieve these objectives.