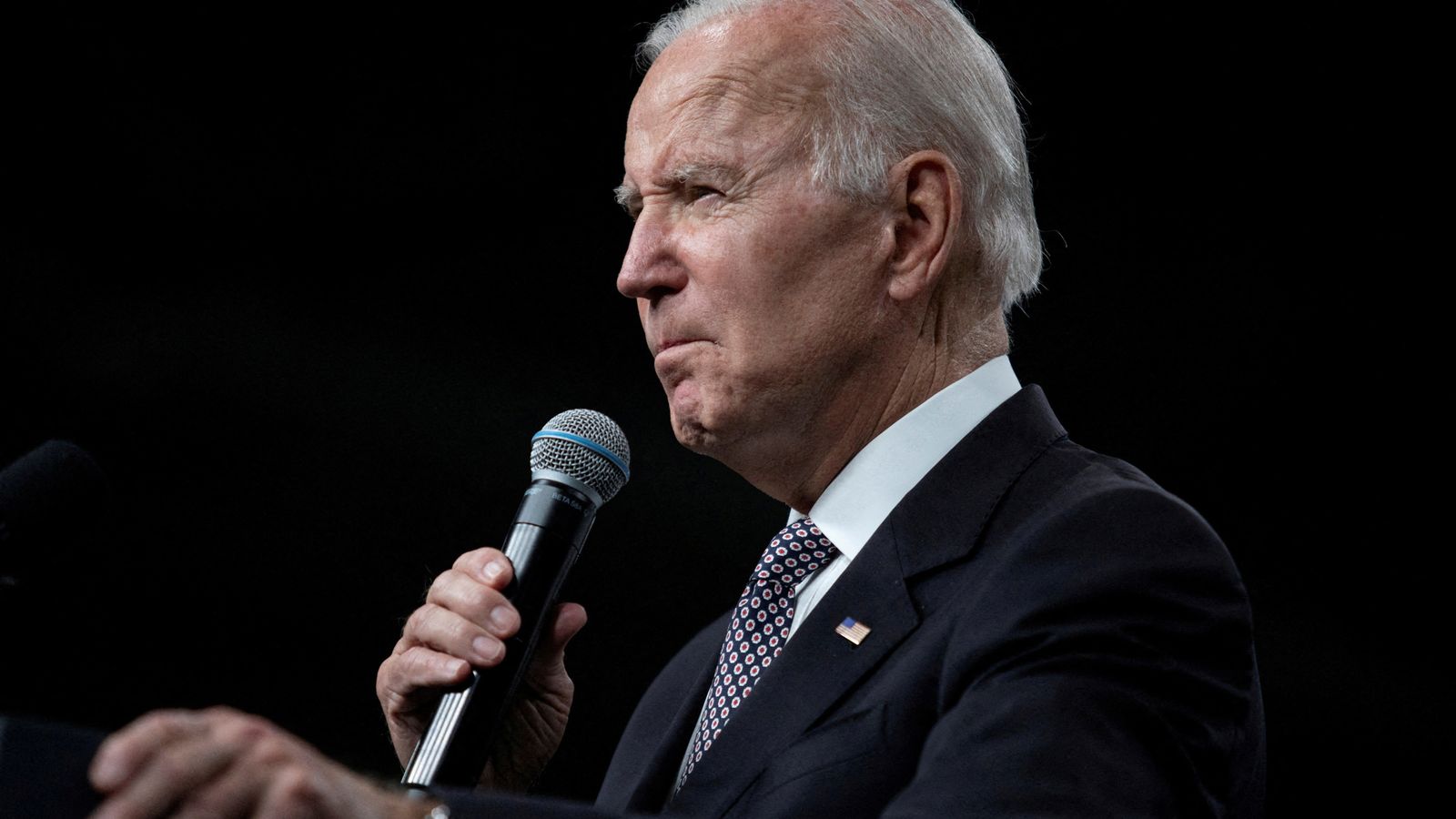 US President Joe Biden has said the world is facing the biggest threat of nuclear “Armageddon” since the days of President Kennedy and the Cuban Missile Crisis.

Speaking at a Democratic Party fundraiser in New York, his ‘off camera’ comments were overheard by journalists from the White House pool.

It comes as Russian officials warned of the possibility of using tactical nuclear weapons after suffering huge military setbacks in the invasion of Ukraine.

“He’s not joking when he talks about the use of tactical nuclear weapons or biological or chemical weapons because his military is you might say significantly underperforming.”

And he made clear his concerns that if such weapons were deployed it would quickly escalate into world nuclear conflict.

“First time since the Cuban missile crisis, we have a direct threat of the use nuclear weapon if in fact things continue down the path they are going,” he said.

“We have not faced the prospect of Armageddon since Kennedy and the Cuban missile crisis.”

He added: “I don’t think there’s any such thing as the ability to easily (use) a tactical nuclear weapon and not end up with Armageddon.”

During the 1962 crisis, the United States under President John Kennedy and the Soviet Union under Nikita Kruschev came close to using nuclear weapons over the presence of Soviet missiles in Cuba.

What is a tactical nuclear weapon?

US officials have warned for the last few months about the prospect of Russia using weapons of mass destruction in Ukraine after numerous strategic setbacks on the battlefield.

Last month, when he announced plans to conscript Russian men to serve in Ukraine, he said: “I want to remind you that our country also has various means of destruction … and when the territorial integrity of our country is threatened, to protect Russia and our people, we will certainly use all the means at our disposal.”

With a lingering stare at the camera, he added: “It’s not a bluff.”

“He understands that after the use of nuclear weapons he would be unable anymore to preserve, so to speak, his life, and I’m confident of that,” Mr Zelenskyy said.