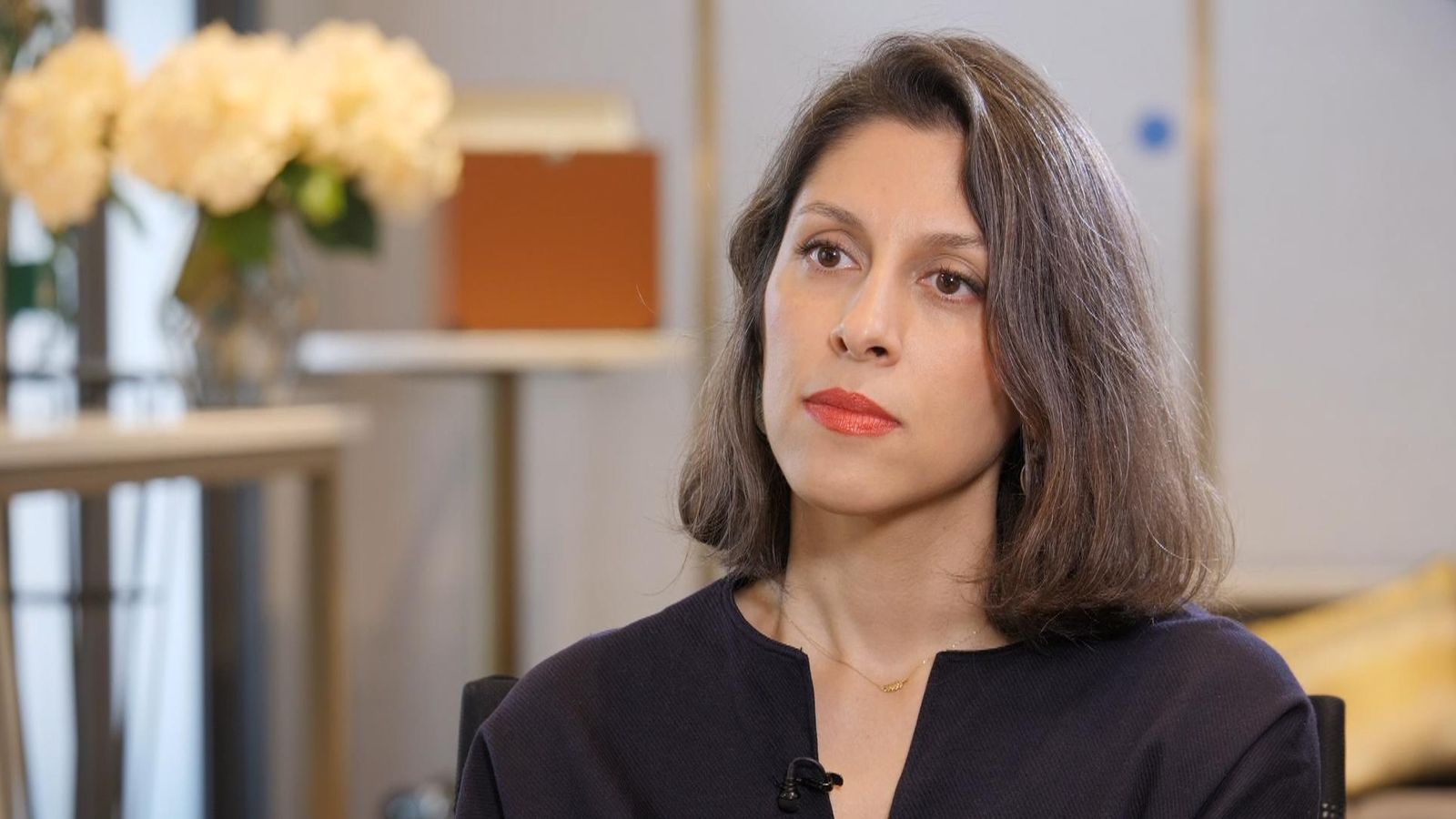 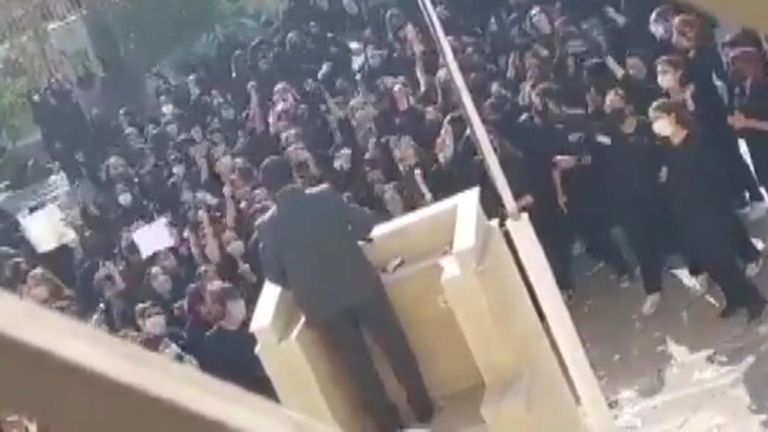 Nazanin Zaghari-Ratcliffe says “the world cannot turn a blind eye to Iran” and the UK government “must act” over human rights abuses, as women and girls take to the country’s streets in protest.

The widespread action was sparked after the death of 22-year-old Mahsa Amini last month while she was in the custody of the morality police in Tehran.

She had been detained for allegedly not adhering to Iran’s strict Islamic dress code, requiring women to cover their hair with a hijab.

Police say that she went into cardiac arrest at a detention centre and died in hospital, but her family say that she died as a result of police brutality.

Since her death, women and girls in Iran – and around the world – have been publicly burning hijabs and cutting their hair as a sign of protest, and dozens of people have been detained as authorities seek to clamp down on unrest.

Speaking on Beth Rigby Interviews, British-Iranian Mrs Zaghari-Ratcliffe – who has showed solidarity with the women by cutting her own hair – said it “brings memories… of how helpless you are when you are in custody”, having spent six years imprisoned in Iran herself after being accused of plotting to overthrow the government.

“What has helped the Iranian regime sustain the way they are treating people is just the way they arrest you and they disconnect you from the rest of the world,” she said.

“So they put them in solitary confinement or they take you somewhere unknown and they break you emotionally.

“This in my head every time that I hear the news of somebody being arrested. I think about what I have gone through… imagining what they will be going through now.”

Mrs Zaghari-Ratcliffe said the protests were “very powerful” and “women [that] are coming to the streets are making history by their very existence”.

“It’s not about violence, it’s about peaceful protests – but also it’s about presenting themselves to the world, so that they see us, we are here,” she added.

But she also said the fight was no longer just about the hijab – it was about something more.

“The issue of hijab in Iran is not a religious mindset, it is political. [The] Iranian government has been systematically oppressing Iranian women, and this whole system of repression is the main tool that they have.

“So we see that if you stand up for your rights in Iran, if you talk about it, if you make comments, one single comment about women rights… about labour rights, you’re automatically classified as a threat to national security.

Mrs Zaghari-Ratcliffe was freed earlier this year after the UK government agreed to settle a £400m debt with Tehran dating from 1979.

She repeated her earlier criticism of the time it took to secure her release, telling Beth Rigby the payment was “something that could have been done six years ago”.

And she said she “never felt free” after being released, adding: “Freedom will only become a thing when no one is put in prison for standing up for their rights.”

Now she is demanding the UK government “observe”, “protect” and “act” over the human rights abuses in Iran, including introducing sanctions, and that she is “expecting Liz Truss to condemn what’s happening” in the country.

“If we talk about human rights, we have to act,” she added. “It’s not just about talking, talk is cheap.

“If you’re talking about [putting] our citizens and their rights as a priority, you have to really act – just talking about it doesn’t solve my problem.

“And if we talk about protecting rights of our citizens, we have to do something about it. And I think we have to hold Iran accountable.”

Eurovision: Next year’s song contest to be held in Liverpool, BBC announces
How Nazanin is using her freedom to fight for those still being oppressed by the Iranian regime