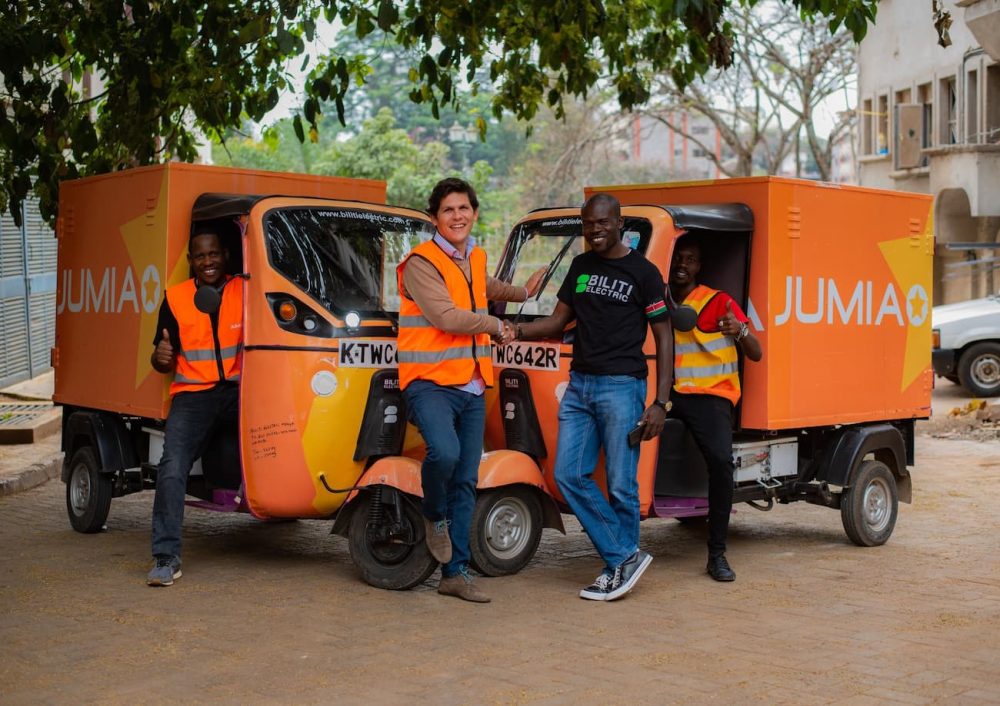 BILITI Electric has teamed up with e-commerce company JUMIA to deploy its three-wheeled electric vans for parcel delivery.

There the electric tuk-tuks will be integrated into JUMIA’s existing fleet of delivery vehicles.

While we often see flashy new electric vehicles launching in the US or Europe, many areas of the world that often rely on smaller (and fewer-wheeled) vehicles are forced to play second fiddle.

In Africa, electrification has often leap-frogged traditional four-wheeled cars and trucks, instead targeting some of the most beneficial vehicles: two- and three-wheelers.

In this case, BILITI’s electric trikes will prove to be potent tools in helping JUMIA reduce the emissions of its delivery fleet.

Kenya is also uniquely positioned to help kickstart this type of electric vehicle adoption. In 2020, over 90% of the electricity used in the country was generated from renewable sources such as hydropower, geothermal, solar PV and wind. A year earlier, Kenya also reduced the import duty for fully electric vehicles followed by releasing a comprehensive strategy to increase the adoption of EVs.

“Leveraging technology to improve everyday lives in Africa is the first pillar of JUMIA’s sustainability strategy. We are committed to building a supply chain that will minimize the environmental impact of our operations. The introduction of these EVs to our last-mile delivery fleet of 3000+ vans is an integral milestone in our journey towards realizing our ESG objectives.”

The news comes after the successful completion of a pilot program by JUMIA, which resulted in the larger purchase of more BILITI Electric delivery vans.

And as BILITI Electric’s co-founder and co-CEO Rahul Gayam continued, it’s about saving costs as much as saving on emissions:

“We are thrilled about this partnership as JUMIA is a growing entity on its path to profitability. Last mile delivery costs account for 53% of the total cost of shipping. EVs help save on major costs compared to any internal combustion engine vehicle.”

They offer a range of 100 km (62 miles) per charge, and then the battery can be swapped out at a depot in less than a minute for a freshly charged battery.

Across BILITI’s entire production, the Taskman has completed over 35 million kilometers (22 million miles) and delivered over 24 million shipments around the globe.

The vehicles are currently being used by large companies such as Amazon, Walmart, BigBasket, Zomato, JioMart, Wasoko, and others. They’re currently in use in over 15 countries including the US, France, the UK, Portugual, Germany, Japan, Uganda, Kenya, Dubai, and India.

Miami, Florida residents may have even seen some blue BILITI Electric Taskmans rolling around with The Rounds sustainable home-goods delivery service after getting their US debut at last year’s LA Auto Show.