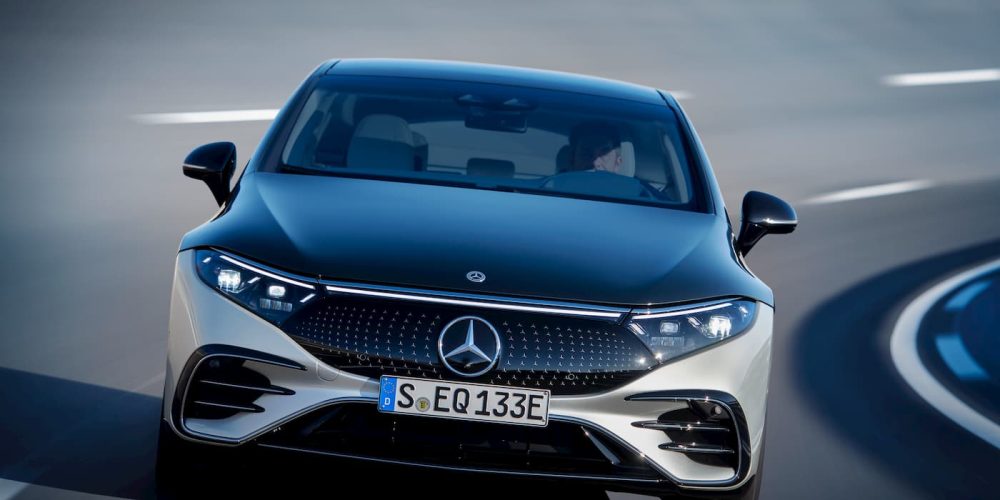 Mercedes-Benz, the German automaker known for pioneering the internal combustion engine, says electric vehicles will be the dominant car on the road, particularly luxury EVs. The automaker’s CEO says he sees the switch to luxury EVs happening step-by-step within this decade.

It was New Year’s Eve, 1879, when the first stationary gasoline engine ran for the first time, according to Mercedes-Benz. The one-cylinder, two-stroke engine was developed by Carl Benz, a German engineer.

Seven years later, on January 29, 1886, Carl Benz applied for a patent for his “vehicle with gas-engine drive” (model no.1) that helped spark the auto industry.

Fast forward over 100 years, and the auto industry is undergoing one of the most significant transitions since the creation of mass-produced gas-powered vehicles.

The switch from internal combustion engines to EVs is happening quicker than most expected. As technology advances, allowing superior range, more power, and new features, consumers are converting faster than ever.

Electric vehicle sales in the US hit another record in the first half of 2022, jumping to 196,788 to claim 5.6% of the overall market. Most automakers released their September sales this week, and although EV sales continue climbing, sales of gas-powered vehicles are declining. For example, Ford reported September 2022 sales showing a nearly 9% decline in total vehicle sales from 2021. Toyota, GM, Stellantis, Honda, Nissan, and more are seeing similar figures.

The switch to EVs from internal combustion engines is happening

Mercedes-Benz plans to become an all-electric brand within this decade, launching an EV alternative for every model they offer by 2025. Furthermore, all new vehicle architectures will be built for electric-only models from 2025 on.

Kallenius continues to say the switch may happen quicker than most expect with luxury EVs, stating:

I really believe that in this decade, we will flip from being based upon high tech internal combustion engines to going dominant electric, if not all electric, in the luxury segment.

Mercedes plans to achieve carbon neutrality by 2039, working to reduce CO2 across its supply chain through mineral recycling initiatives and sourcing components from IRMA-certified mines. The automaker admits climate change is an issue that needs to be addressed.

We’ve all realized that climate change is real, the CO2 problem needs to be solved. And where does that problem end? It ends on the desks of our engineers.

As the switch to EVs accelerates, Mercedes-Benz believes it’s better for the planet and can also boost business.

As long as you give the customer a superior product to what they had before, they’re open minded for a switch. The experience for the customer in terms of the torque, the performance, everything is fantastic.

Ron Insana: It’s time to use an ‘all of the above’ energy policy to break up the OPEC+ cartel
Tesla briefly leaked all upcoming Supercharger locations