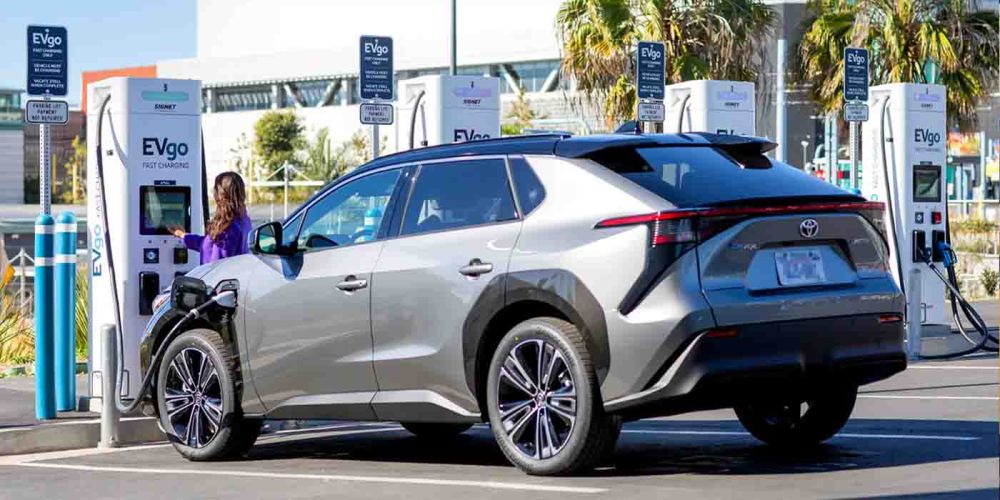 Global automaker and hybrid zealot Toyota announced it will resume sales of its first mass-produced battery EV – the bZ4X, following a safety recall concerning risk that its wheels could fall off. Months later, the Japanese automaker appears to have found a fix to the manufacturing defect (as well as a previously undiscovered safety issue) and plans to resume bZ4X production immediately.

As the rest of the automotive world pivots toward a full embrace of electric vehicles, Toyota has taken a much more waffled approach, especially to BEVs. As a result, the Japanese automaker has caught a lot of flack from the EV community and has watched its cushy thrown as the world’s top-selling automaker waver. Global supply chain issues certainly haven’t helped either.

There is a Vatican museum’s worth of public examples of Toyota inhibiting EV adoption in the past, but the company has come around (somewhat) in recent years. All while clinging to hybrid vehicle technology like it’s its last hope for relevant sales… and perhaps it is.

Toyota kicked off its “beyond zero” BEV future in October of 2021, when it unveiled the bZ4X SUV as a a potential competitor to the Tesla Model Y and Volkswagen ID.4. Deliveries began this past spring, but before sales could really get up and running, Toyota found itself in a massive safety recall that targeted a risk of the EV’s wheels coming loose and potentially falling off.

Now, over four months later, Toyota appears to have fixed the wheel issue on the recalled vehicles and intends to resume bZ4X EV sales.

Per Automotive News Europe, Toyota states that it has found a fix for the defect in the EV wheels that warranted the June safety recall involving 2,700 models. As a result, bZ4X production will resume beginning today.

According to a filing with Japan’s transport ministry, Toyota has vowed to ensure all hub bolts on the EVs are replaced and properly tightened going forward, a relatively easy fix to the previous recall.

Toyota shared that while addressing the recall, it discovered another potential issue. This time involving the airbags of the EVs, stating it had fixed the issue before it became one. Good thing too. The defect apparently affected installation of the curtain-shield airbags, which are designed to prevent head injuries during a crash. That could have been bad.

Sales of the electric SUVs will now resume alongside production and executive vice president Masahiko Maeda said Toyota intends to gradually resume bZ4X shipments while prioritizing the demand led by customers who have been waiting for their EVs.

The Solterra EV made by Subaru, which is one-fifth owned by Toyota, was also part of the June safety recall as it was jointly developed between both Japanese automakers. Those previous and future EVs should also see the same fix to their hub bolts, alleviating the wheel issue as well.