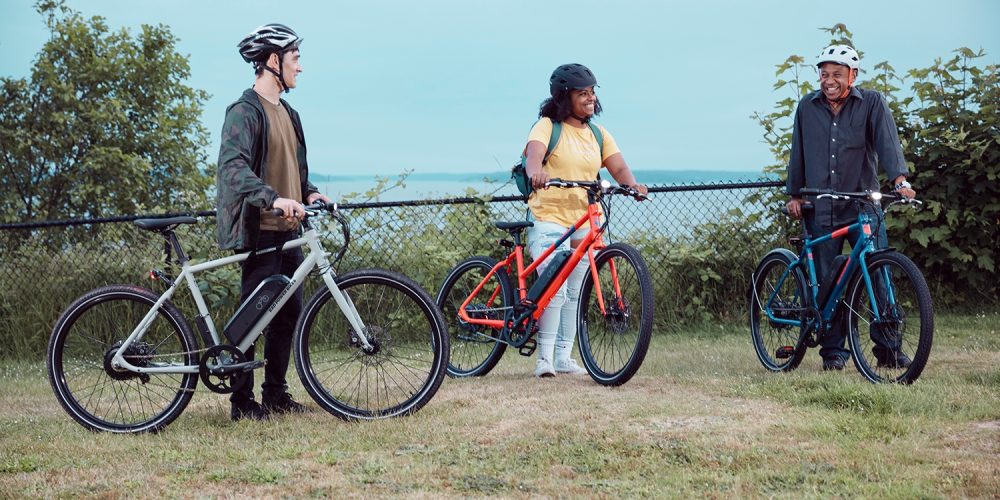 Rad Power Bikes, the largest electric bicycle company in the US, is currently running a major sale with some of the best prices it has ever offered on many of its popular e-bike models.

We’ve seen some impressive sales from the company in the past, but this recently launched promotion seems to top any previously published sales on record.

The most affordable model for sale is the RadMission, a single-speed urban e-bike designed for city riders.

It’s a no-frills bike because of its lack of a shifter, suspension, and even a kickstand. But it has everything else most urban riders need, including decent power, good city tires, built-in LED lights, and a choice of several colors across two frame styles.

Despite being the “simplest” e-bike in Rad’s lineup, it’s one of my favorites. Check out my review to see why.

For urban riders who want to add a bit more to their bikes than the RadMission offers, the RadCity 3 Step-Thru and RadCity 4 Step-Over e-bikes are both marked down from $1,599 to $1,399.

Both these models hit the same 20 mph top speed as the RadMission but add in suspension, gears, fenders, a rear rack, and an LCD screen, giving riders more features as standard equipment.

These are the last bikes in Rad’s lineup to offer the larger direct drive motors, as the company has switched all of its other models to geared motors.

If the RadMission sale wasn’t so good, I might say this was the headliner event. And it may still be. The RadRover 6 Plus is normally priced at $1,999 but is marked down to $1,299 during the sale.

When you add in the included semi-integrated battery, fenders, lighting, and more, this is one heck of a sweet deal.

Buried somewhere in this super sale saga is a burning question, “What’s going on at Rad?”

No company does things purely altruistically, even as much as Rad is pursuing its goal of replacing more cars with e-bikes. So where’s the rub? How is the money talking?

My two best guesses are that we’re either looking at an overstock issue — perhaps as a result of heavy purchasing during the springtime parts uncertainties — or that some new models are coming and Rad is moving out the old stock.

The RadCity 3 and RadCity 4 are already fairly old, so those make sense. The RadMission is over two years old now too, so that one could stand a refresher. The RadRover 6 Plus bikes aren’t really that old, though, so those really surprise me. What’s the reason for such a generous sale? Could they be that overstocked, or is there something else going on?