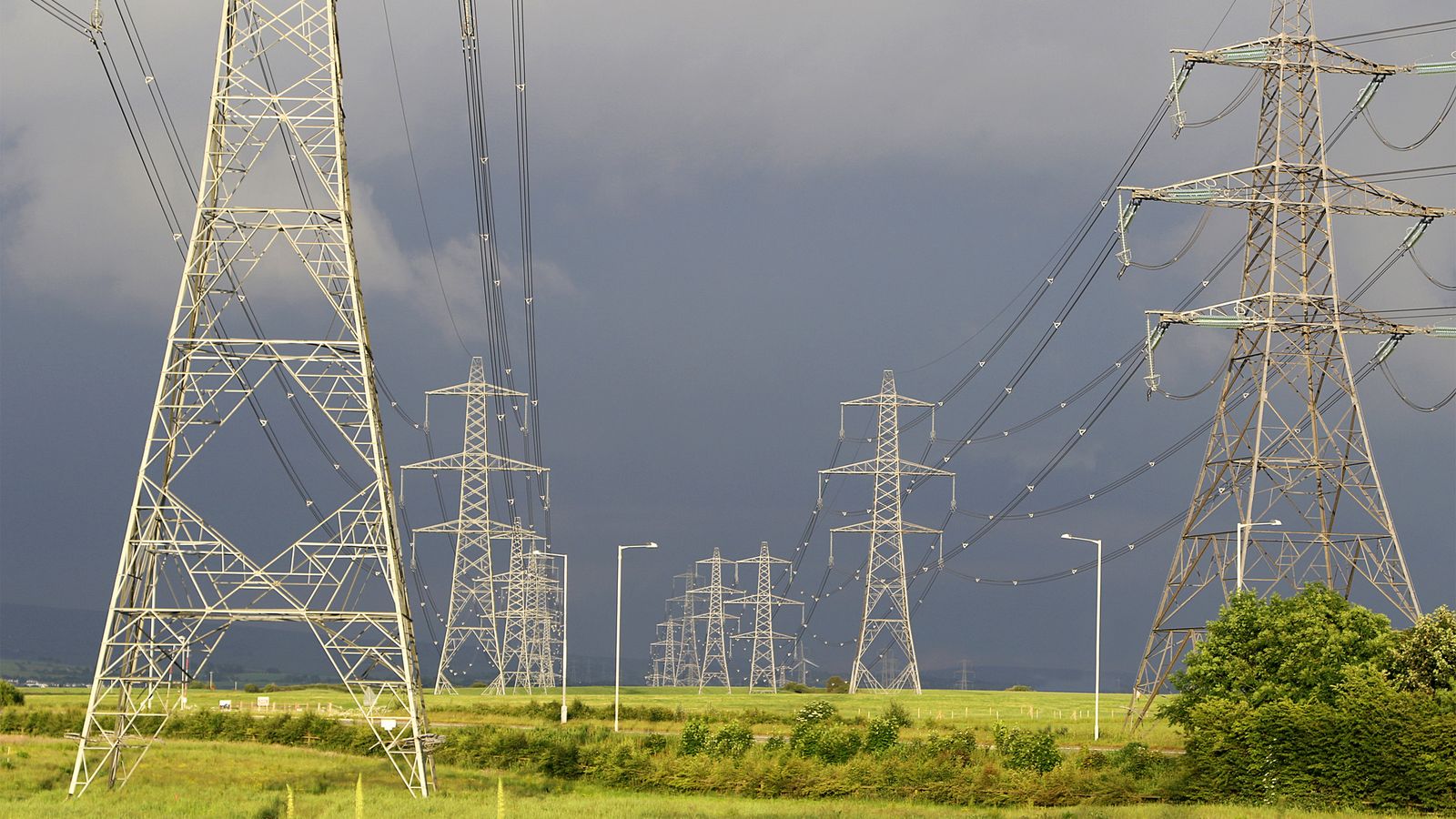 The country has been put on notice that the chances of gas shortages this winter have risen markedly, prompting a contingency plan to prioritise heating.

National Grid’s Electricity System Operator (ESO) warned that planned three-hour power blackouts could be imposed in some areas, in the “unlikely” event supplies of gas fall short of demand.

It revealed the measure in an update on the UK’s state of energy readiness for the cold months ahead but it said that the risk of temporary power cuts could be avoided with help from the public.

The report showed, under a base case scenario, that margins between peak demand and power supply were expected to be sufficient and similar to recent years thanks to secure North Sea gas supplies, imports via Norway and by ship.

The ESO urged households to help manage that balance by signing up to an energy-saving scheme through their supplier, in a bid to help ease the risk of the lights going out.

The “demand flexibility service”, due to start next month, will see bill-payers be paid to save energy during peak hours.

Coal generators, that the operator said would have otherwise closed, will be used to maintain supply. In an effort to generate enough power to supply 600,000 homes the ESO is securing contracts with three generators to keep five coal units open and on standby.

A separate study by National Grid Gas Transmission, which is a separate business to the ESO, saw the potential for the shortfall in gas supplies within continental Europe – as a result of Russia’s war in Ukraine – to impact the UK’s usual ability to attract imports.

It suggested gas needed to power the UK’s electricity grid was expected to rise by nearly 22% – offsetting savings from lower household and business use – largely because of a need for power in France where many nuclear plants are offline.

It saw LNG (liquefied natural gas) from the US and Qatar acting as the new primary source of supply flexibility.

Gas accounts for over 40% of UK power generation – more if the wind fails to blow and other plants are offline for maintenance.

The ESO’s report marked a darkening in the prospect for disruption in the months ahead following a comparatively rosy early view report in July.

There was a clear sign of a shift in direction earlier this week when it emerged that the energy regulator Ofgem had warned of a “significant risk” of a gas supply emergency.

It blamed the international scramble for supplies because of the war, which has starved continental Europe of its main source of natural gas.

A gas supply emergency can be declared when suppliers are unable to safely get gas to homes and businesses.

The aim would be to keep gas and gas-generated electricity supplies stable for households for as long as possible.

For the electricity market, coal-fired power stations can be brought back online under what is known as a system notice to help fill stopgaps. This has traditionally happened when nuclear plants go offline or the wind fails to blow.

The hope is that these sorts of measures will not be necessary because of the looming demand flexibility service.

It is expected to be implemented at least 12 times, whatever happens, from November to March to ensure a benefit for signatories.

The ESO’s director of corporate affairs, Jake Rigg, said: “If you put your washing machine or other electrical appliances on at night instead of the peak in the early evening, you can get some money back when we all need it.”

Energy bills have rocketed this year but now come under the protection of government caps on wholesale costs, shielding both households and businesses from the worst in the price surge ahead of winter.

It means the taxpayer will foot the bill for wholesale prices above the unit cap level.

The scheme does not cap your bill, which will continue to depend on the amount of energy used.

An Ofgem spokesperson said of the National Grid reports: “We have one of the most reliable energy systems in the world and we are in a favourable position.

“However, it is incumbent on a responsible and prudent energy sector to ensure the right contingency measures are in place, which is why we are working with the government, National Grid and key partners to protect consumers, so that Great Britain is fully prepared for any challenges this winter.”

Energy crisis: How worried should I be about the lights going out?
Lenders push Chancellor Kwasi Kwarteng to extend mortgage guarantee scheme