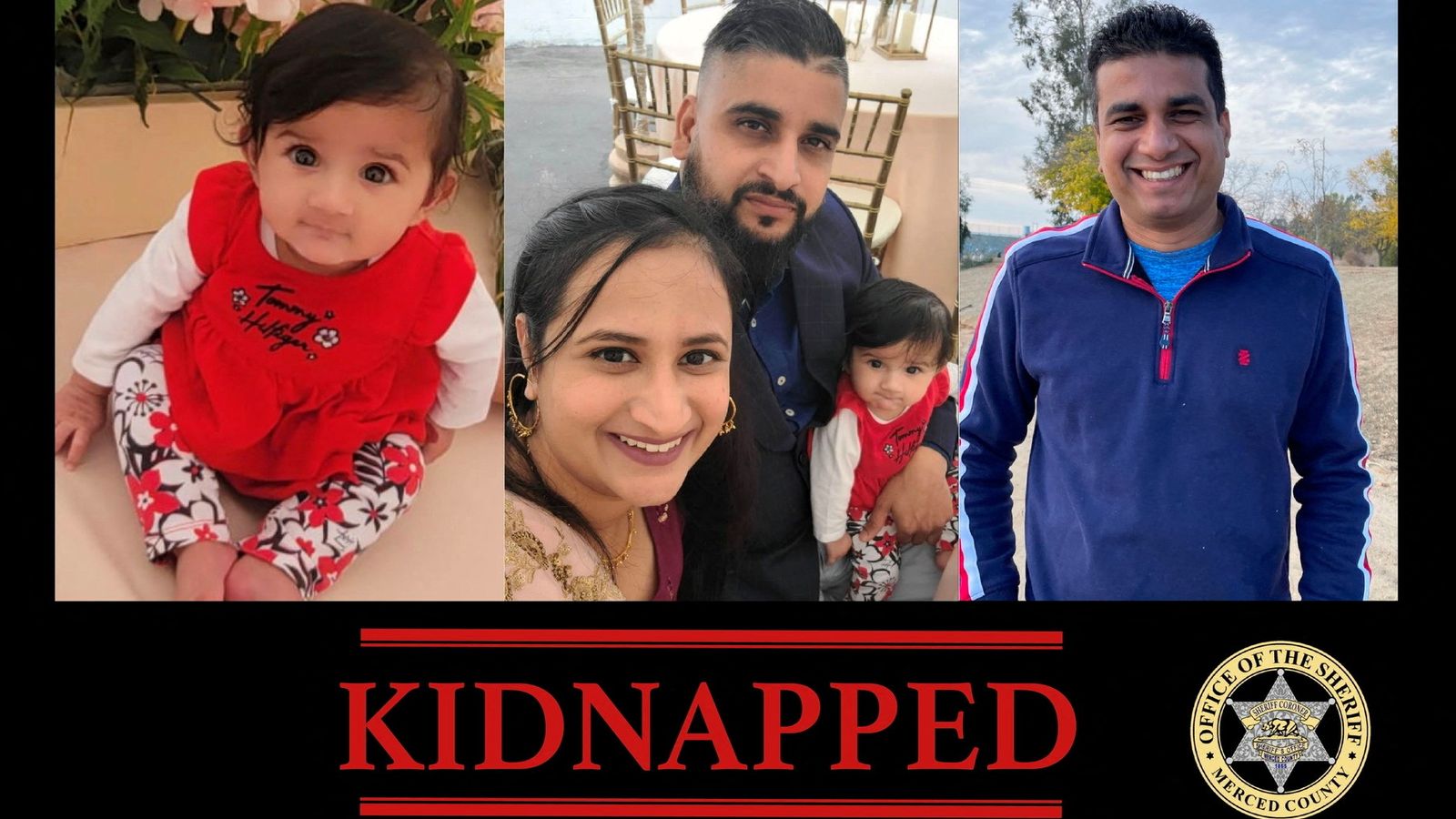 A baby girl, her parents and her uncle have been found dead in an orchard days after they were kidnapped at gunpoint in central California.

Eight-month-old Aroohi Dheri, her parents Jasleen Kaur and Jasdeep Singh, and her uncle Amandeep Singh, were kidnapped by a man on Monday from their business in Merced, San Joaquin Valley.

Their bodies were found in a Merced County orchard, about 140 miles south-east of San Francisco.

“Our worst fears have been confirmed,” said Sheriff Vern Warnke.

On Monday, firefighters found Amandeep Singh’s truck on fire, and a farmer found a phone belonging to one of the victims on a street in Dos Palos, a town 30 miles south-west of Merced.

The four were taken by a convicted robber who tried to kill himself a day after the kidnappings, authorities had earlier said.

He made no ransom demands but the sheriff said he believes it was a financially motivated crime and that he may have had an accomplice.

Relatives of suspect Jesus Salgado, 48, contacted authorities reporting that he had admitted to them he was involved, the sheriff told KFSN-TV on Tuesday.

Mr Salgado tried to take his own life before police arrived at a home in Atwater.

He is under medical sedation in hospital.

“I fully believe that there was at least one other person involved,” said Mr Warnke.

“My speculation is that it’s financial.”

The FBI, the California Department of Justice, and other local law enforcement agencies are helping with the investigation, the sheriff’s office said.