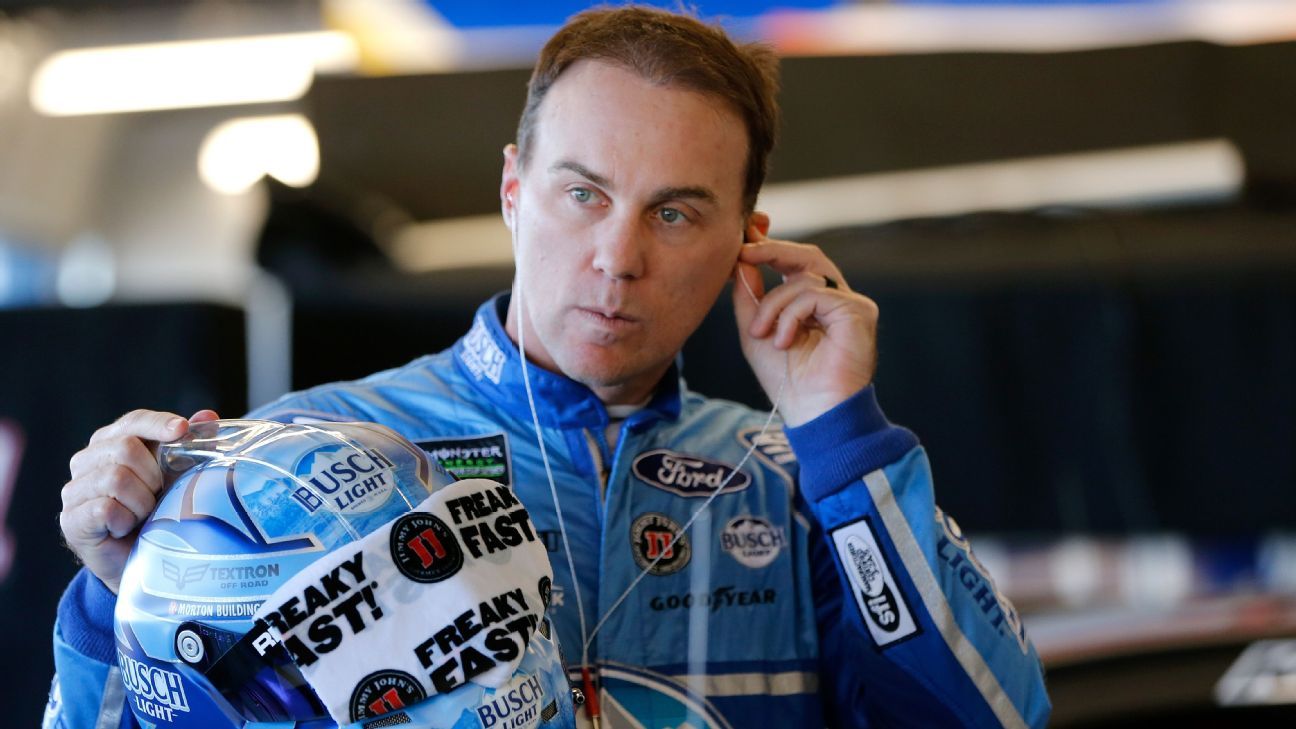 CONCORD, N.C. — NASCAR on Wednesday levied a heavy fine against Kevin Harvick, one of the most outspoken drivers about safety concerns on the Next Gen car, for alleged modifications found on his Ford at Talladega Superspeedway.

NASCAR docked both Harvick and Stewart-Haas Racing 100 points each, fined crew chief Rodney Childers $100,000 and suspended Childers for the next four races. NASCAR said the penalties were for “modification of a single source supplied part.”

“Seems strange…” Harvick tweeted minutes before the penalty was announced.

NASCAR has a reputation for making things difficult for teams that for various reasons the sanctioning body finds out of line. Harvick’s rants last week about the safety of the Next Gen car may have been why the No. 4 Ford was selected to be taken from Talladega to its North Carolina R&D Center for a deeper inspection.

NASCAR maintains that the selection of cars for postrace inspection at the R&D Center is done randomly. Competitors believe there’s nothing random about the process.

NASCAR President Steve Phelps, after speaking on a Women in Motorsports panel at Charlotte Motor Speedway, said there was nothing punitive in the penalty to the No. 4 team.

“I would say that’s ridiculous. No one has a vendetta against Kevin Harvick or Rodney, at all, or anyone at Stewart-Haas Racing,” Phelps said. “Our guys are very good. They are going to look at (an infraction). Look at it again. Look at it a third time to make sure there’s a penalty and the penalty is right. If the four team thinks that’s not right, they will file an appeal.”

Phelps said he did know what part SHR allegedly modified. Asked by The Associated Press if it was possible that Childers, who was crew chief Sunday in his 600th Cup race, modified the stiff rear clip under scrutiny in an attempt to soften it, Phelps said that was not the part in question.

The Next Gen has been under increased scrutiny the since the playoffs began in September with four consecutive races in which the car had issues. From car fires (Harvick’s caught fire in the playoff opener), parts failures and tire failures, the Next Gen struggled to hold up in playoff competition.

But the bigger issue was the stiffness in the rear of the car, which has contributed to concussions for both Alex Bowman and Kurt Busch. Bowman is out for a second consecutive week and Busch will miss his 12th straight race on Sunday. Cody Shane Ware also will sit out Sunday’s race at Charlotte Motor Speedway because of a broken foot he suffered in a crash two races ago — meaning three drivers will miss a race because of injuries for the first time in at least two decades.

Chase Elliott, NASCAR’s most popular driver, has accused NASCAR of taking a step backward in safety because of the stiffness of the car. Because one of the goals of the Next Gen was to reduce costs, the new car is extremely stiff in order to withstand crashes and reduce the size of the fleets that teams need for a 38-race season.

NASCAR on Wednesday was scheduled to crash-test computer models of changes that potentially can be made to the rear of the car to help redistribute the energy away from the driver during a crash. But any solutions won’t be implemented until next season. There are five races remaining this season.

With the suspension, Childers would likely be permitted to work only the season finale. Harvick was eliminated in the first round in the playoffs — largely because of problems with his Next Gen car.

Phelps and NASCAR senior leadership are due to meet with the drivers Saturday before practice at Charlotte. Phelps acknowledged that communication with the drivers can be improved, and said NASCAR is open to suggestions on modifications on the car from teams.

“We need to do everything we can to make our drivers feel safe in the vehicles,” Phelps said. “We certainly care about their safety. We’re working on things … to make sure we have a plan moving forward so that gaining trust can be better. Our goal is obviously to be the safest motorsport on the planet.”

The playoff field is set! Here’s why this could be the greatest MLB postseason since … well, maybe ever
Clemson’s Davis II, Greene sued over ’21 collision