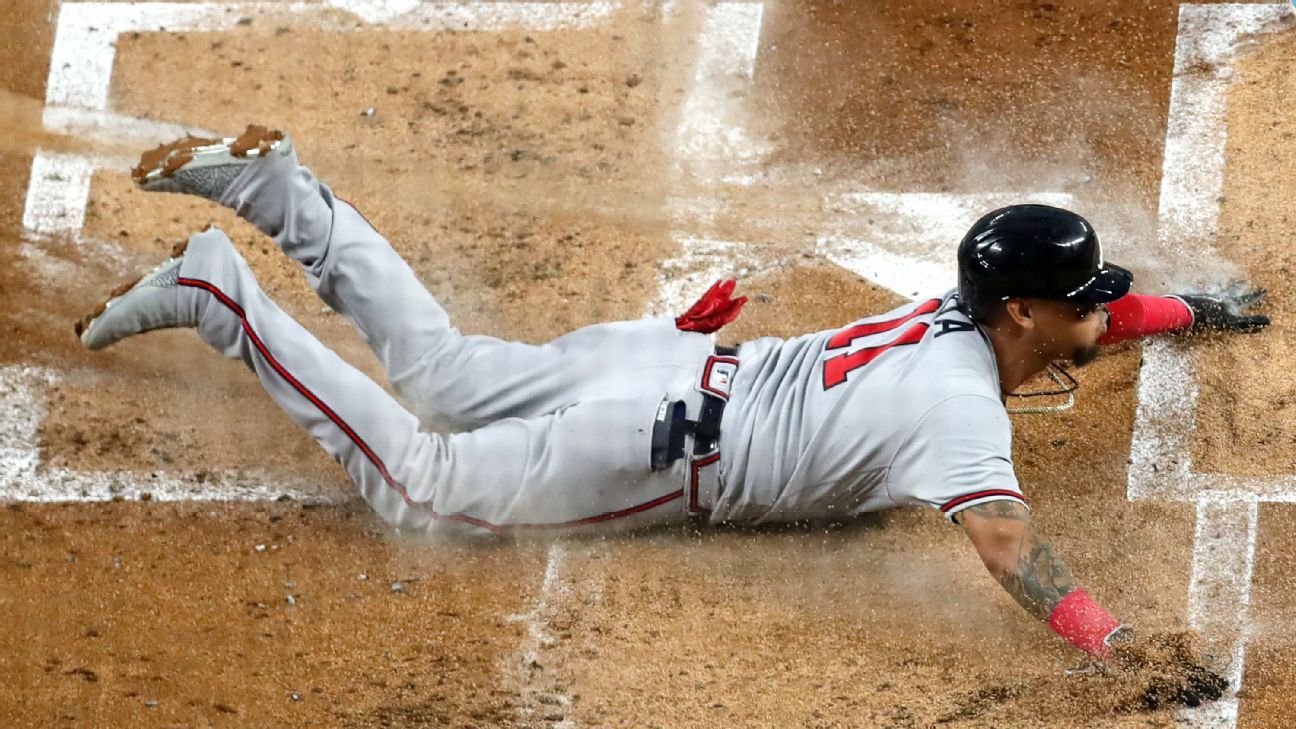 MIAMI — William Contreras drove in the go-ahead run with an infield single in the fifth and the Atlanta Braves clinched their fifth consecutive NL East title by defeating the Miami Marlins 2-1 on Tuesday night.

Atlanta earned a first-round bye as the No. 2 seed in the NL, behind the Los Angeles Dodgers.

The Braves were 10½ games behind the New York Mets at the start of June and lost four of five to New York in early August. After sweeping the Mets over the weekend to take the division lead, Atlanta entered the series needing a win or a Mets loss to clinch the division crown.

The Marlins delayed Atlanta’s celebration Monday with a 4-0 win. And the Mets beat the Washington Nationals 4-2 on Tuesday evening in the first game of a doubleheader, leaving Atlanta in control of its fate in front of a large Braves crowd at loanDepot Park.

Kenley Jansen recorded his 41st save, working a perfect ninth to seal the win.

Reliever A.J. Minter escaped Miami’s threat in the eighth. Jon Berti hit a one-out double then advanced to third after stealing his 41st base of the season. Bryan De La Cruz and Avisail Garcia walked to load the bases, but Nick Fortes, pinch hitting for Sanchez, popped out to end the inning.

The Braves did not take advantage of many chances at the plate to stretch their lead, but their pitchers held the Marlins to four hits.

Collin McHugh and Raisel Iglesias pitched scoreless innings in the sixth and seventh in relief of Odorizzi.

Ronald Acuna Jr. hit a two-out single in the top of the second, scoring Orlando Arcia and giving the Braves a 1-0 lead.

In the fourth, Sanchez sent Odorizzi’s first pitch over the right field wall to tie the score.

Miami starter Braxton Garrett (3-7) was pulled in the fifth after Contreras hit a two-out infield single, which scored Travis d’Arnaud and allowed Atlanta to retake the lead. Contreras had two hits and an RBI.

The Braves, one year after winning their first World Series title since 1995, are playoff bound without All-Star first baseman Freddie Freeman, who signed with the Dodgers in March as a free agent.