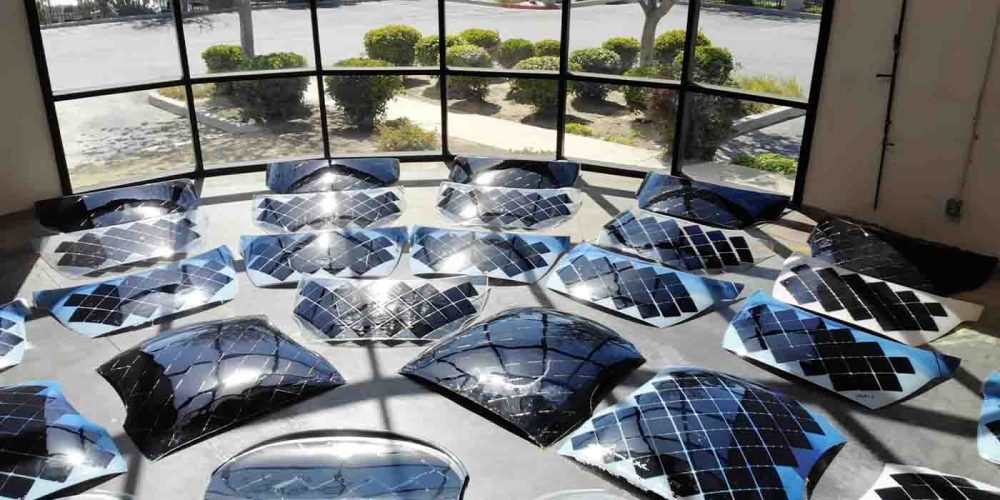 Solar EV startup Aptera Motors has just announced another major milestone in bringing its long-promised flagship model into production. Solar cell production is now underway with the help of Maxeon Solar Technologies – the newly announced cell supplier to Aptera as part of a “cross-company collaboration.”

Since initially unveiling its flagship solar EV donning the company name, Aptera has been endlessly working to deliver it to its customers. We know this because the startup has been quite transparent in its progress, gracing its growing number of reservation holders and fans alike with video updates at least once a month.

As its second go around as an SEV startup, Aptera has been doing things differently this time, naming a number of suppliers to help contribute to the components of its solar EVs while assembling them itself at its new 130,000 square-foot facility in Carlsbad, California.

As the Aptera SEV moves through gamma phase before entering a production-intent delta phase later this year, the startup has locked in one the most, if not the most important supply in its rolodex – solar cells. With Maxeon now onboard, the two companies have already begun producing solar panels.

The solar EV startup announced its latest supply partner in a press release today alongside another video update explaining how its unique cell technology works and how its production process will continue.

Aptera describes this new agreement as a “cross-company collaboration” in which Maxeon will supply its highly-efficient Gen 3 solar cells to Aptera, whose solar engineers will integrate into the ultra-lightweight, two-axis (curved) solar panel technology it has already developed in house in Vista, California. Maxeon’s chief revenue officer and interim-CEO Mark Babcock spoke to Aptera’s selection as its new cell supplier:

We’re pleased to have been selected by Aptera to bring this next phase of solar innovation to market. At Maxeon, we provide the highest quality and most efficient solar technology, and Aptera’s mission to pioneer solar mobility is the natural progression of this innovation. The vehicle will feature the same extraordinary cells as those found in our high-efficiency solar panels powering homes and businesses – a true testament to our innovation as a solar leader.

With over 35 years of experience in its field, Maxeon Solar Technologies has the know-how to deliver the advanced solar cell technology vital for Aptera’s solar EV to gather its promised distance of 40 miles per day from the sun alone. Maxeon’s resume includes access to over 1,000 patents and over 3.5 billion solar cells in use today.

Production of the Aptera SEV is expected to ramp up in the first half of 2023. Several different versions of the Aptera are currently available to reserve for only $100 down. However, if you use this link, you can secure an Aptera of your own for only $70.

Check out Aptera’s latest video update below, which shares new details of its solar production:

ecobee thermostats learn your routine to save on heating costs from $90 refurb in New Green Deals
GM taps former Tesla, Lyft executive to join board as automaker prepares to scale EV production