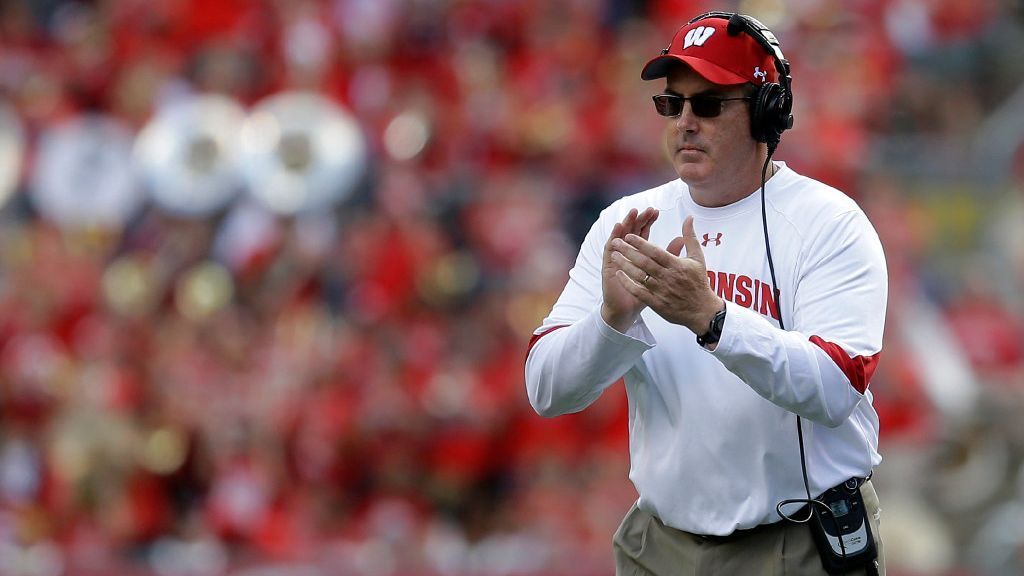 Chryst, 56, who was born in Madison, finishes 67-26 in seven-plus seasons at Wisconsin, his alma mater. He won 10 games or more in four of his first five seasons with the Badgers, winning a Cotton Bowl, an Orange Bowl and three Big Ten West Division titles. But the program fell off beginning in 2020, going 4-3, before a slow start to the 2021 season, in which the Badgers finished 9-4.

“Anyone who wanted Coach Chryst gone isn’t a part of this team,” star running back Braelon Allen tweeted.

According to Chryst’s contract, Wisconsin will owe him $16.4 million if he is fired without cause, although McIntosh said the buyout will be “significantly less than the numbers that have been reported” and that specifics will be revealed soon. Wisconsin’s athletic board in January approved the rollover of Chryst’s five-year contract through the 2026 season.

Leonhard, 39, a three-time All-America defensive back at the school who went on to play 10 seasons in the NFL, returned to Wisconsin as an assistant in 2016 and took over as defensive coordinator the following year. He has long been viewed as a potential successor to Chryst and is expected to be a candidate for the permanent job.

McIntosh said he owes it to the program to conduct a full coaching search “when the time is right,” but he was complimentary of Leonhard and what he means to the program.

“The fit Jim brings to this program, his competitiveness, his work ethic, those are all gimmes. His ability to lead and his ability to reach, we were fortunate to have Jimmy on the staff that we’re in a position where we can entrust this level of responsibility and leadership,” McIntosh said.

Leonhard said in the news conference that the day was “very emotional” and credited Chryst for hiring him when he had “zero coaching experience,” mentoring him as a coach and reiterating his confidence even after the change Sunday.

Leonhard described getting the interim job as “a dream coming out of a nightmare.” He added that addressing the players’ emotions is his immediate priority.

“The majority of these players, a huge determining factor in coming to Wisconsin was Coach Chryst, so [they were] very shaken with the news,” Leonhard said. “We understand that our five-game resume this year is not what we want. We had not been playing up to our capabilities.”

Wisconsin visits Northwestern this week. Leonhard said he hadn’t yet determined whether he will continue to call the defense or hand off the responsibility to another assistant.

But he said he is ready to help Wisconsin take steps forward.

“This place means a lot to me. I became who I am at the University of Wisconsin and at this football program,” he said. “I feel like I can take this opportunity and help this place grow. That’s why I came back a number of years ago, and why I haven’t left.”

‘We’ve gotta do something with it:’ Pens’ veterans back and hungry for another Cup
Saban: Young (shoulder) ‘OK’ after leaving game