It took 10 days for the most eye-catching and controversial element of Kwasi Kwarteng’s mini-budget to unravel.

The abolition of the top 45p of rate next April is not going ahead.

And it matters not so much because of the impact the decision has on the economic plan – the tax cut was £2bn in a £45bn package of cuts – but because what it tells us about Liz Truss and her government.

The first phase of her reign is over already.

For, as little as 24 hours ago, the prime minister insisted that she was not going to change course.

On Sunday night two Truss-backing newspapers, the Express and the Mail, had it plastered across their front pages that the chancellor was going to “stay the course”.

All evening, cabinet ministers and other government figures I bumped into at the Tory conference insisted there would be no change of policy.

What a cabinet minister told me would happen instead, was that the government would delay the finance bill – the piece of legislation required to pass Mr Kwarteng’s mini-budget – until the spring of next year to try to avoid a confrontation.

Overnight that resolve unravelled as the PM and chancellor, battered by a growing opposition led by former cabinet ministers Michael Gove and Grant Shapps, decided the policy had to go.

The cabinet were told the next morning, even as some – like Sky News – were reporting the expected U-turn.

“I think it was the cumulative effect of pressure within and without the cabinet,” said one cabinet minister.

“It was best to get this out of the way ahead of his big speech and the PM’s on Wednesday.”

But lancing the boil on the matter of the top rate of tax does not cure the malady that has beset the Truss administration.

‘We have a plan and we need to deliver it’


This was a prime minister who built her image with the public and the party as a leader who was not for turning, and who was prepared to be unpopular in pursuit of her goals.

She has now shown her opponents that the lady is for turning and the immovable is movable.

One cabinet minister, who privately didn’t much like the policy, told me the PM should have stuck to it in order to try and maintain credibility and protect her brand.

In reversing the policy, the PM has opened the floodgates and backbenchers will try to move her on lots of other policies too.

Already in their sight is the PM’s refusal to commit to Boris Johnson’s promise to uprate benefits by inflation rather than earnings in order to make sure four million low-income families and workers don’t have to take a real-terms benefits cut. 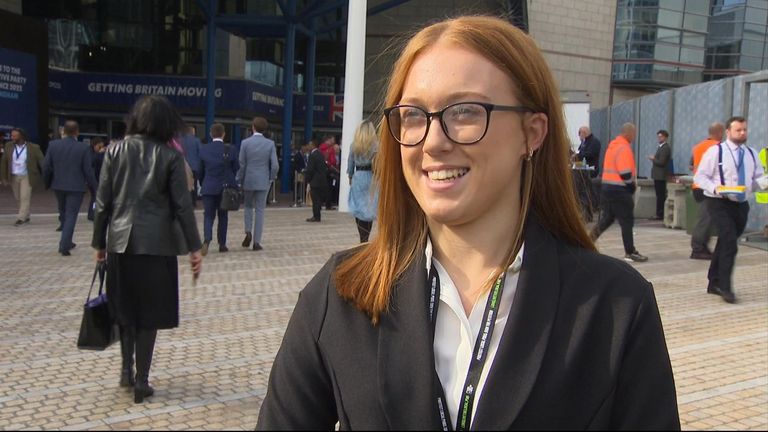 What do young Tories think of Truss?


Ms Truss and her allies say the decision was the recognition of the political reality they faced with a party and a country opposed to the plan.

Attempt to calm the choppy waters

Her allies admit that the groundwork in selling the original package has been wanting in the rush to introduce the first batch of economic reforms – the tax cuts – to try to push for that 2.5% economic growth target in time for the next election.

Their hope is that the supply side reforms, coupled with the independent Office of Budget Responsibility (OBR) forecasts, and medium-term fiscal plan will calm choppy waters and buy Ms Truss time.

But the political miscalculation to announce a cut to the top rate of tax in the midst of the worst cost of living crisis since the 1970s, only to then have to U-turn, is no doubt a deep body blow for this PM.

She wasn’t initially the first choice for leader amongst her MPs and already had a battle on her hands to stamp her authority on the party. A massive U-turn designed to build bridges with a divided parliamentary party and a deeply unconvinced public.

But some MPs here are quietly asking, is there any way back?