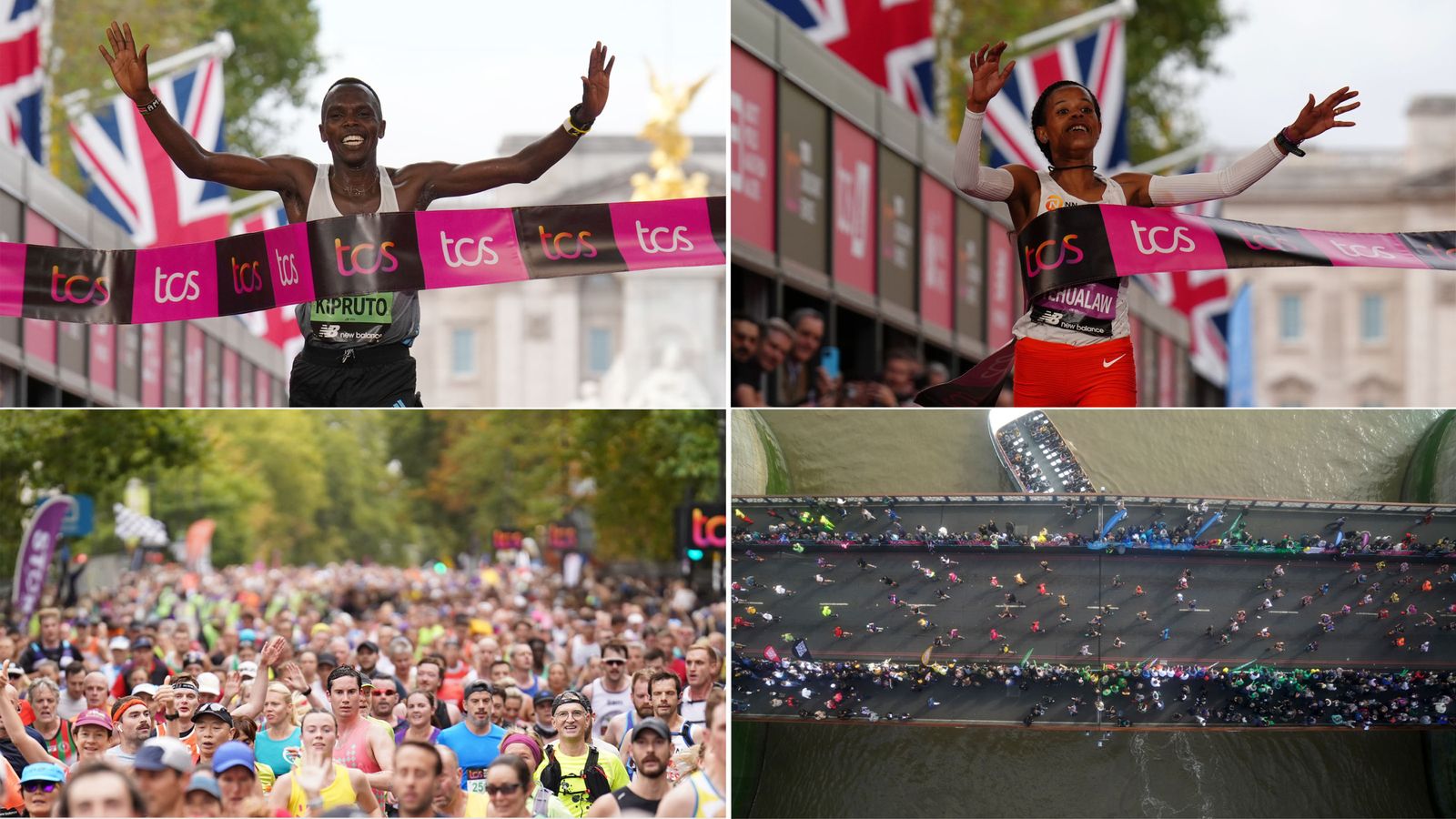 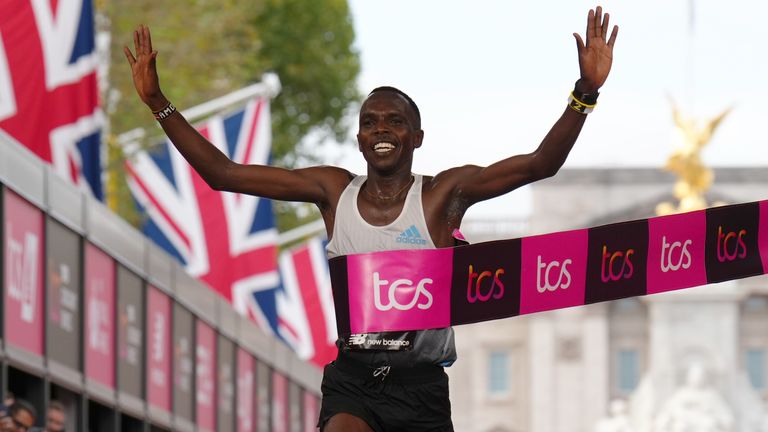 More than 40,000 runners have competed in the 26.2-mile London Marathon, cheered on by crowds lining the streets for the world-famous event.

Kenyan Amos Kipruto won the men’s race, crossing the finish line on The Mall in 2:04:39.

Ethiopian Yalemzerf Yehualaw recovered from a fall to win the women’s race.

The 23-year-old appeared to stumble on a speed bump with six miles remaining but recovered to rejoin the leading pack and came home in 2:17.25, the third fastest time at the event.

Defending champion Joyciline Jepkosgei of Kenya had to settle for second.

The men’s wheelchair title was retained by Switzerland’s Marcel Hug in a course record time of 1 hour, 24 minutes and 38 seconds.

Catherine Debrunner made it a Swiss double with victory in the women’s wheelchair race in 1:38.24.

Actor Stephen Mangan, who was running for Marie Curie UK, joked that “for reasons I’ve yet to fully understand I’m running the London Marathon” as he urged people to sponsor him to help raise money for “an incredible charity”.

The 54-year-old, from Chelmsford, Essex, who was running on behalf of The Royal Marsden Cancer Charity, had hopes of beating the Guinness World Record for the fastest marathon dressed as a tree (male), which stands at four hours, five minutes and six seconds.

Both runners and spectators had to deal with rail services that started later than usual following Saturday’s strikes by the RMT union, the Transport Salaried Staffs’ Association (TSSA) and Aslef, the train drivers’ union.

Organisers had advised people to plan ahead, but said they were “very grateful” to Southeastern and Network Rail for their help in ensuring that train services from central London to the starting point on Sunday morning ran as planned.

This year’s race took place in October for the third and final time after it was moved in 2020 due to the COVID-19 pandemic.

The marathon will return to its traditional April date next year.

Sir Mo Farah was due to run but had to pull out earlier in the week through injury.