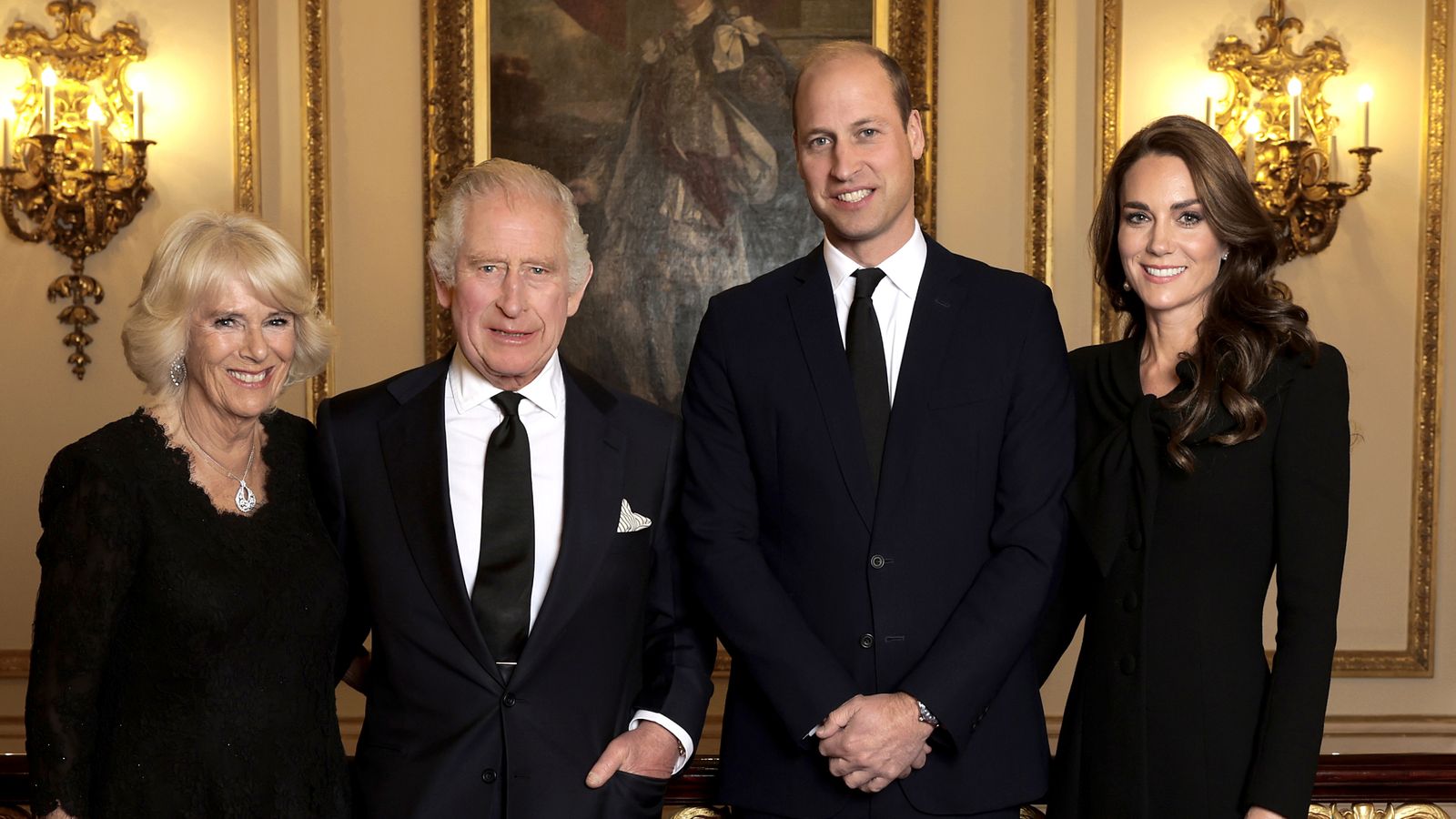 Buckingham Palace has released the first official photograph of the King and the Queen Consort standing alongside the new Prince and Princess of Wales.

The picture was taken at the palace as the monarch and his wife were joined by William and Kate for a reception for Heads of State and official overseas guests.

With all four dressed in black, the event was held on Sunday 18 September – the evening before Queen Elizabeth II’s funeral.

It was described as the King’s first significant state event, and one of the largest gatherings of world leaders and global political figures that the palace has ever hosted.

The photograph emphasises the support that the Prince and Princess of Wales have given the King and the Queen Consort in the weeks since the death of Queen Elizabeth II.

In his tribute to his grandmother, Prince William said: “I will honour her memory by supporting my father, The King, in every way I can.”

The photo was taken at the reception which had a high-powered guest list of presidents, prime ministers and royals from across the globe.

More on The King

US President Joe Biden and his French counterpart Emmanuel Macron were among approximately 500 people in the palace’s main state rooms.

Dozens of leaders of Commonwealth countries and members of foreign royal families also attended the reception.

The event took place on the final full day of the Queen’s lying in state at Westminster Hall.

The photo was released on the day it was confirmed the King will not attend COP27, the UN climate conference due to be held in Egypt in November.

There had been speculation that the King, who has been a passionate campaigner on environmental issues, would attend the event in Sharm el Sheikh, making it his first overseas trip since becoming monarch.