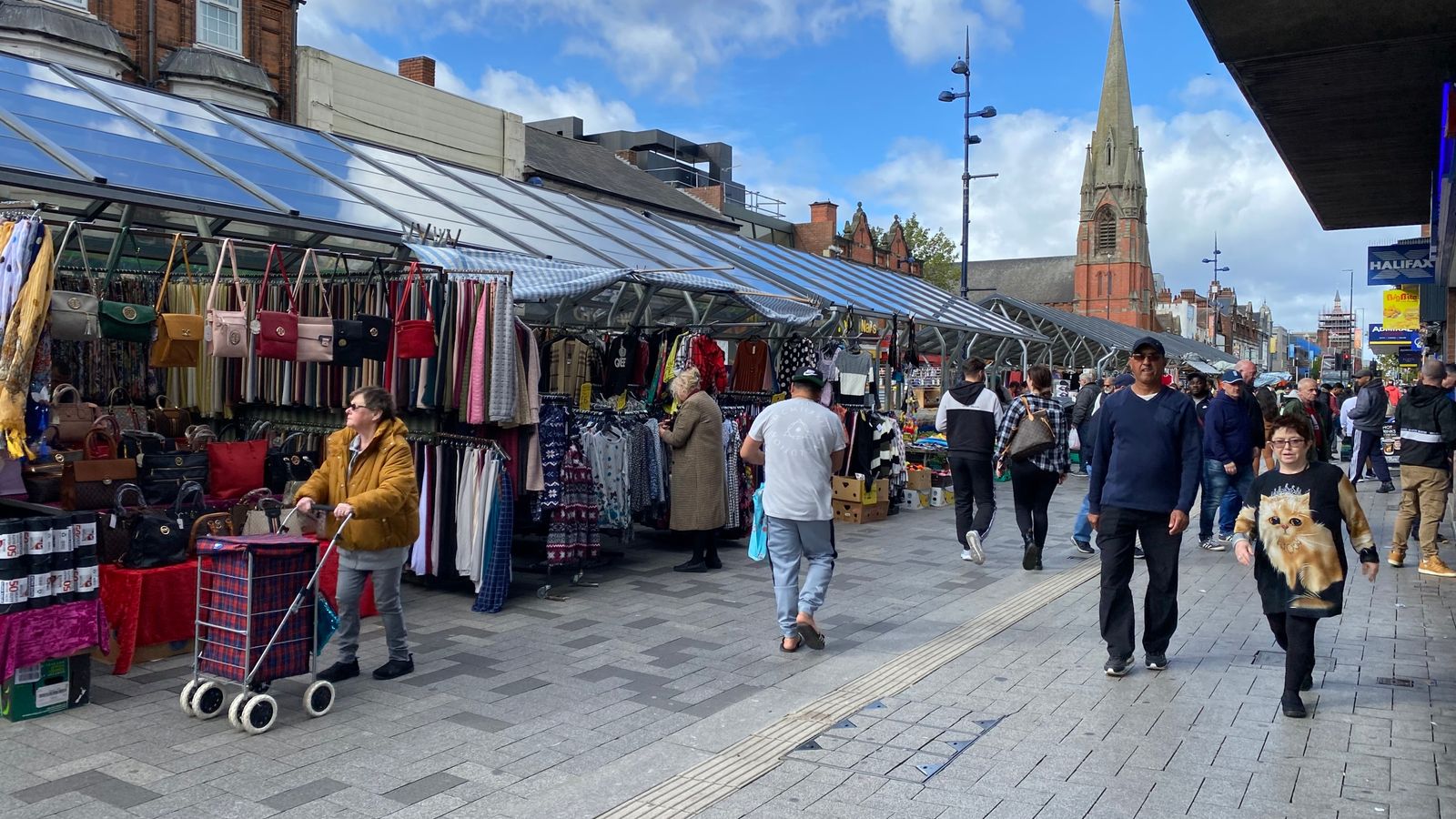 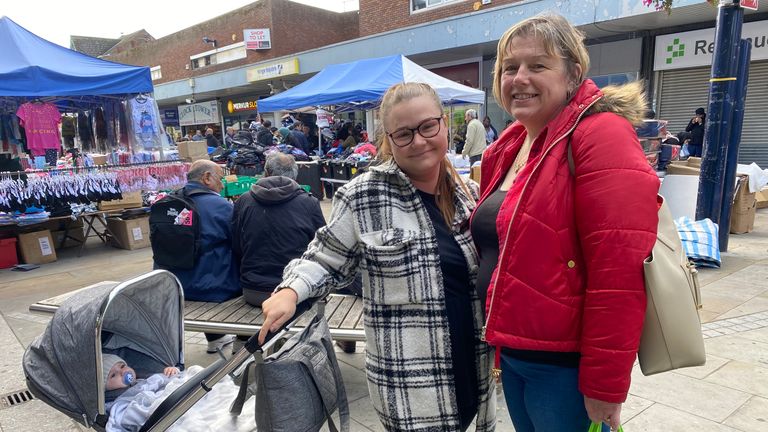 The fact that the Tory Party conference is happening only five miles away in Birmingham may have escaped many of the shoppers in West Bromwich, but they all had an opinion on Liz Truss and her first few weeks in office.

Jessica O’Leary, 27, likes what Ms Truss has done with energy bills, and would vote Conservative in a general election.

“I think at the minute she’s changed so much in so little time, I’ve got a little bit of hope and a little bit of trust in her to be honest,” the mum of one told Sky News.

“I’m hoping things get better rather than worse but I’m not saying I’m not worried still.”

Jessica’s mother-in-law, Jo Ball, was less positive: “I don’t know if there is anybody who can put the country back to a state that’s decent.”

Ms Ball, 51, voted Conservative at the last general election, but does not know if she would next time.

It’s these voters, at the town’s high street market, that the Tories will be wanting to attract, or hold on to.

‘I liked Boris but not Truss’

West Bromwich is a so-called “red wall” area, a traditional Labour heartland, which turned blue at the last election. But in the West Bromwich East constituency, the Tories have a slim majority of only 1,593.

Hospital volunteer Shirley Gilks, 69, said she voted Conservative in 2019, but could not vote for Ms Truss.

“I don’t like the recent thing she’s done with deducting the tax for the higher bracket. I just think Boris had better ideas,” she said.

“I’d have voted for Rishi Sunak, definitely, I thought he had some good ideas and thoughts, but not Liz Truss.

“We’re in a depressive and oppressive state, all the news is doom and gloom.

“Me, personally, I don’t think I’ve got that bad a life but there are some people who are desperate, in a desperate situation and they need to do more to help them.”

Labour voter Dale Deson, 55, said he would not be swapping sides.

“[The Tories] seem incompetent, they don’t know what they’re doing, everything was bad with the prices going up, then they’ve come in and thought what can we do to make it worse?

“And then they’ve gone and done it. Keir Starmer? He’s probably the best of a bad bunch.”

‘We should give her some time’

But stallholder Sharon Blissett, 56, who normally votes Labour, was prepared to give Ms Truss more time.

‘”It’s a case of everyone getting to know her, how she does things. Maybe as time goes on and I’ve learnt more about her, maybe my opinion will change and I would say, ‘yes, I would vote Liz Truss’.

“She’s got straight into the role, she’s really trying to make a difference, she’s been proactive.

“People are feeling is there going to be a change? People more than anything are looking for hope.”

Liz Truss and Tories’ approval ratings take another hit in fresh poll
A lesson from ‘Reaganomics’: The collision of theory and reality could prove fatal for PM Liz Truss and Tory party