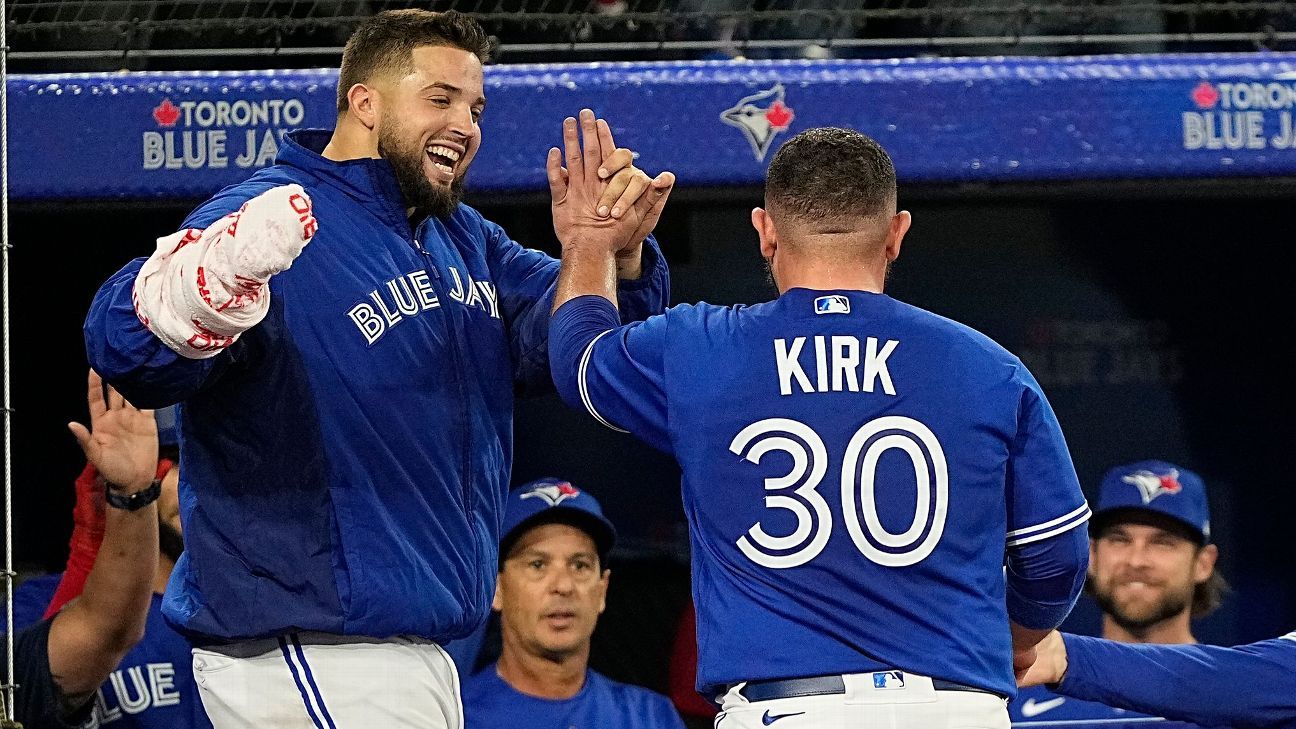 Schneider said the Blue Jays plan to celebrate in the clubhouse together following the game against the Red Sox.

“We expect more, but we definitely need to enjoy this,” Blue Jays shortstop Bo Bichette said.

Schneider started out watching Thursday’s Orioles game on TV but, getting antsy in the late innings, decided to step out for a walk. That’s what he was doing when his wife and two sons called from the family home in Florida, with wife Jess providing play-by-play of the final outs over FaceTime.

“She was pretty much spot on,” Schneider said. “She even knew that Cedric Mullins had a hit through the shift.”

Outfielder George Springer spent most of Thursday afternoon playing with his young son but tuned in to watch the end of the Orioles game.

“Weird, but awesome,” he said of the experience. “It just allows you to breathe a little bit. Obviously, you might want to do it a bit of a different way but, at the end of the day, who cares? It’s awesome to say that we’re going to the playoffs no matter what.”

Springer had previous experience clinching away from the ballpark. In 2018, Springer and the Houston Astros wrapped up the AL West when, hours after beating the Blue Jays in Toronto, Oakland lost to Seattle.

“It was like 3 in the morning,” Springer said. “The whole team was sleeping.”

The Blue Jays last reached the playoffs in the 60-game pandemic season of 2020, but there were no fans in the stands when they beat the New York Yankees in Buffalo, New York, home of Toronto’s Triple-A team.

A crowd of approximately 45,000 people was expected at Rogers Centre on Friday.

“It’s definitely different doing it in front of the fans and having had the fans through an entire season with us here at the park,” Bichette said. “Definitely excited to enjoy it with them and hopefully finish strong so we have an opportunity to play in front of them.”

Toronto (87-69) has six games remaining, three against the Red Sox and three in Baltimore. The Blue Jays lead the wild-card race ahead of Seattle (85-70) and Tampa Bay (85-71). The team that finishes atop the standings will host all three games of the wild-card playoff round.

“We have everything right in front of us, so the work does not stop,” Schneider said.

Last season, the Blue Jays went 91-71 but finished one game out of a playoff spot, making this year’s clinch all the more satisfying.

“It shows you that all the hard work, all the extra attention to the small things, it worked,” Springer said. “Obviously, there’s still a job to be done, but that’s something to hold our heads up high and say we accomplished our goal, which was to make the postseason.”