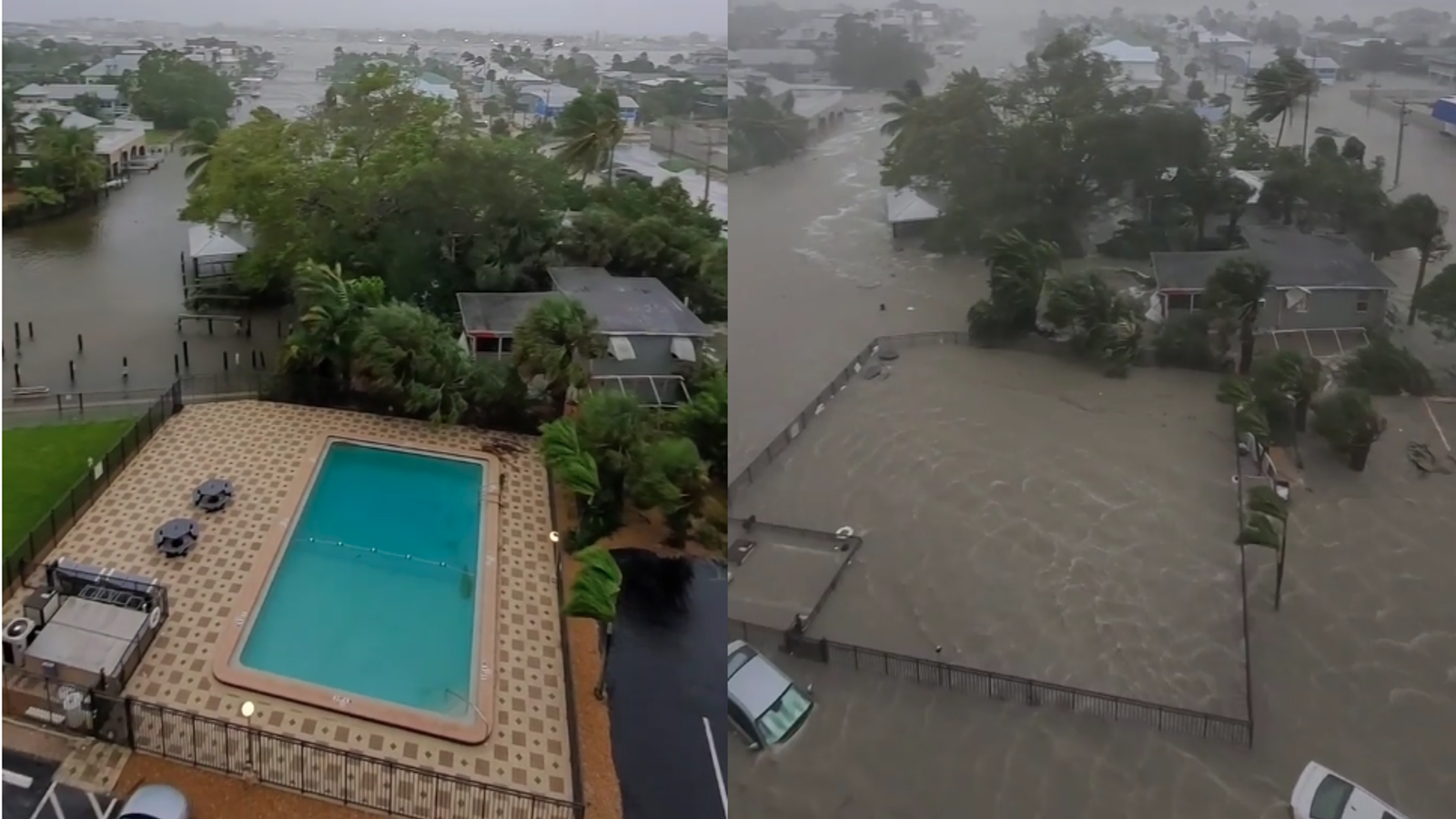 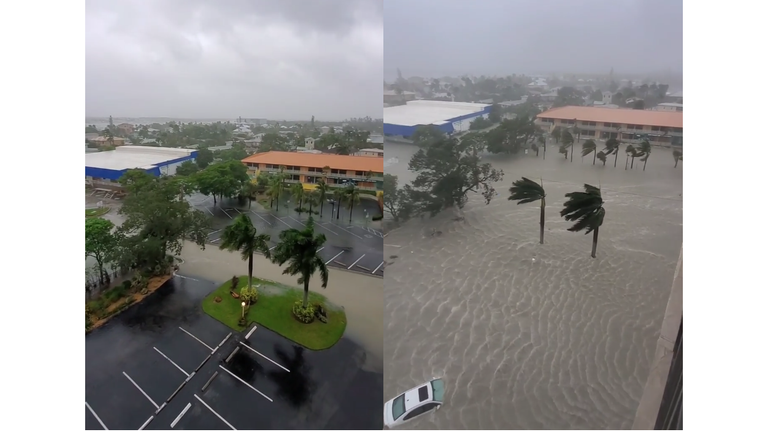 The storm is one of the strongest hurricanes ever to hit the United States, with sustained winds at almost 150mph, according to the US National Hurricane Center.

Before and after images of the affected areas demonstrate the scale of the destruction.

The city of Fort Myers and its surrounding islands were among the first hit by Hurricane Ian when it made landfall at 5pm on Wednesday.

The images at the top of this page are taken from videos taken facing northwest on Estero Boulevard, which is a resort area just south of Fort Myers city.

The image on the left was shared on Instagram just as the storm began to hit. In it, there is flooding in the road but the swimming pool and parking area remain untouched.

But in the right-hand shot, which was posted just two hours after, the pool and car park are completely submerged. Cars also appear to be floating in the deluge.

A second comparison shows the extent of the flooding in the nearby car park more clearly.

This time-lapse footage shows a similar scene in Sannibel Island, which is situated just a few miles to the west.

The footage was captured by a traffic camera early yesterday afternoon local time, as the storm was approaching. Within just 30 minutes, the street was engulfed by rising floodwaters.

The coastal city of Naples, which is around 40 miles to the south, has also been severely affected.

This webcam captured the scene at the beach by Naples Pier after the hurricane hit.

Slide the marker across the image below to see what the beach looked like yesterday compared to three days ago.

These images taken from a video shared by the Naples Fire Department show the situation in the city itself.

The bushes just outside the building are almost entirely submerged in several feet of water.

The red water pipes situated just to the left of the vehicle entranceway are also underwater.

The Data and Forensics team is a multi-skilled unit dedicated to providing transparent journalism from Sky News. We gather, analyse and visualise data to tell data-driven stories. We combine traditional reporting skills with advanced analysis of satellite images, social media and other open source information. Through multimedia storytelling we aim to better explain the world while also showing how our journalism is done.

Ferocious Hurricane Ian tears across Florida ripping up trees and flooding homes
Hurricane Ian: Florida pummelled by one of the most powerful storms in US history