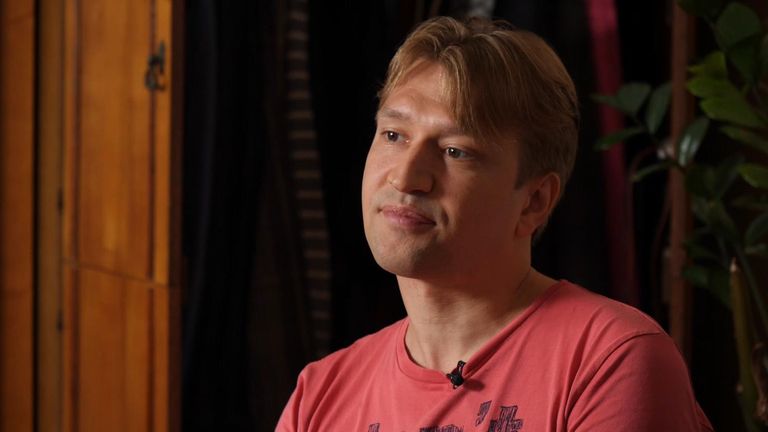 It’s not the first time Mitya has packed to leave Moscow this year.

He left for Uzbekistan in mid-March when the first rumours around mobilisation and the borders closing caused a mass exodus of Russians.

Putin may have scored ‘strategic own goal’ – latest updates

“I don’t think it’ll feel like a good place anytime soon or just anytime,” he wrote then.

“But there are so many beautiful people trapped.”

In the intervening months, like so many others, he had come back to Russia, not sure what else to do.

“I’m somebody here and elsewhere, I’m just a nobody-ish character, you know,” he said. “I’m not really wanted anywhere else, let’s face it.”

‘Stick to the narrative’

But he has left again. Mobilisation was unlikely, but it was a possibility, if not now then at some point.

Safer for him to leave with no fixed plan, like hundreds of thousands others, than to stay and one day fight.

He is sanguine about Europe’s conundrum on what to do with incoming Russians.

Moscow has almost emptied of its intelligentsia, but those fleeing through Russia’s borders now are a cross-section of society from across the country and beyond those liberal parameters.

The ones who know that “partial” mobilisation might just be the beginning and who feel, finally, that the uneasy status quo they have been existing in for these last seven months is no longer sustainable.

Read more:
Putin has succeeded in mobilising a Russian army – but to flee
Chance of nuclear attack ‘could grow’ once Russia annexes territories And then there are those who are ready to fight – in the big cities and beyond, where the patriotic spirit burns more deeply.

We drove just one hour north of Moscow to a small town called Klin to gauge the mood there.

Every bus stop in Klin is adorned with a Z sign, the town hall too.

“A lot of people from Klin are going, really a lot,” says Anya, whose husband wants to enlist voluntarily. “There are long queues at the military enlistment office, but the guys are all in a good mood. Nobody is sad, there’s a fighting spirit.”

Heading to the front – or first to the distribution centre in Moscow region and then, according to officials, to training – happens in the early morning.

At the Klin mobilisation centre, a small group of friends and relatives are taking selfies and waiting for their men to pass the medical checks and then, to say goodbye.

There are tears here though. And beers. Alcohol is part of the send-off.

“I feel patriotism for my motherland, that’s why I enlisted,” says Andrey. “Against fascism and Nazism, for our kids. I hope this is over as soon as possible because there should be peace. We are for peace.” 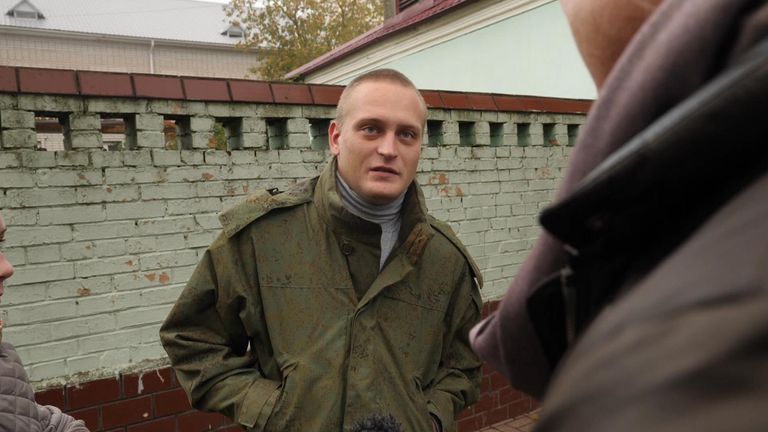 ‘I feel patriotism for the motherland’

I ask a group of women if they think it was the right thing to mobilise now. “Nyet!” they shout in unison. “No!”

The bus drives away, the wives and girlfriends wipe their tears, a toddler continues to play happily with a paper tube, blissfully unaware her father’s gone to fight.

Back in Klin’s town centre, we’re met with a degree of hostility. One man tells me it was the UK who declared war on Russia, that we should wait till the Russians are guests of ours.

It speaks to a diet of state TV, where the UK, alongside the US, is the arch-villain.

“Sort out your own leadership, and then you can ask us questions,” he says.

But even here, it’s a mixed picture. We ask a younger man if he’d go to fight. As a student, he’s exempt for now, he tells us, “but I won’t go under any circumstances”.

“If I have to I’ll go to jail,” he says. “This shouldn’t have happened. It’s a crime what the government is doing.”

Ukraine war: Chance of Russia launching a nuclear attack could grow once it annexes territories, governor warns
‘Sabotage’: What we know about the Nord Stream gas leaks and who was behind them