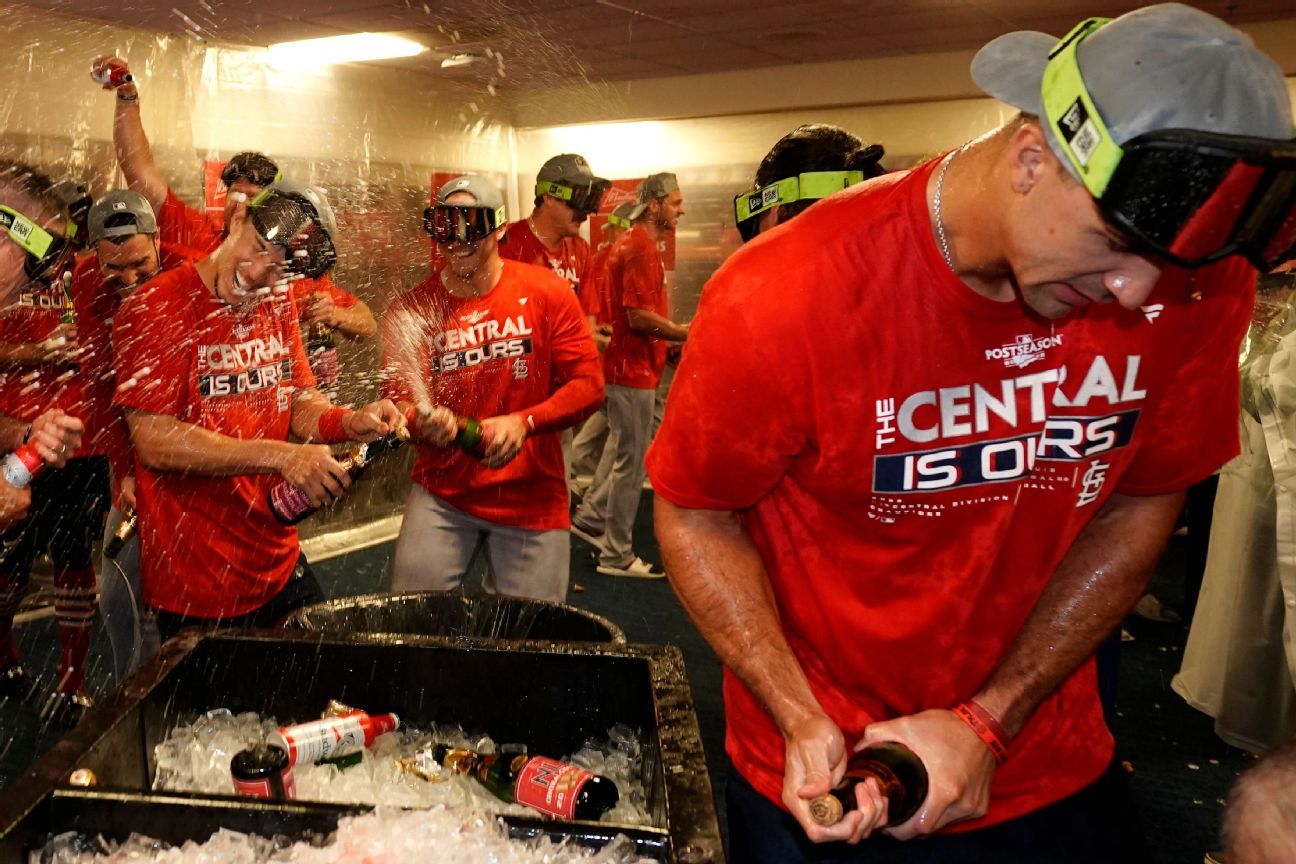 St. Louis held a rather low-key celebration on the Brewers’ home field after the final out, reacting not much differently than if they’d just won an ordinary game at midseason. The party didn’t start until the Cardinals got into the locker room and started popping champagne.

“This is just one step, guys,” Albert Pujols told his teammates at the start of the celebration. “Just remember this moment. This is what we want to do deep in October and hopefully win the championship and bring it to the city of St. Louis.”

The Brewers remain 1½ games behind Philadelphia for the final NL wild card. The Phillies won the season series with Milwaukee and would get the playoff bid if the teams end up tied.

St. Louis trailed Milwaukee in the NL Central standings for much of the season and was four games back on the morning of July 31. The Cardinals are 37-17 and the Brewers 25-28 since.

“We just didn’t really play well enough all season to deserve winning the division,” Brewers outfielder Christian Yelich said. “You get what you deserve in sports a lot, and we just, for whatever reason, weren’t able to put it all together. Not saying we don’t still have a shot. We still have a shot at a wild card.”

Mikolas (12-13) struck out nine and allowed only four hits and one walk. The Brewers’ lone run off him came in the sixth when Rowdy Tellez hit his 34th homer.

Milwaukee trailed 2-0 when starter Adrian Houser (6-10) left due to a strained right groin with one out in the fourth. Brewers manager Craig Counsell said Houser likely will go on the injured list.

The Cardinals grabbed sole possession of first place on Aug. 6 and have been there ever since as part of an exciting season that has included Pujols hitting his 700th career homer, Goldschmidt and Nolan Arenado making MVP arguments and Adam Wainwright and Yadier Molina becoming the most prolific battery in MLB history.

“Extremely magical when you really think about it,” manager Oliver Marmol said. “What’s more important about all of it is you’ve got MVP candidates on our corners, you’ve got Yadi and Waino chasing 325 [starts together], you’ve got 700 from Albert, and they never made it about themselves. They always pointed toward winning and taking a step toward a championship. That tells you a lot about the character and the culture of this club.”

Molina and Pujols already have announced this is their final season. Now that the Cardinals have earned a division title, they want to keep on winning to make sure those veterans go out in style.

“We want them to leave baseball with one more ring, for sure,” Mikolas said.

The NL East race? Justin Verlander? What we’re watching the final two weeks of the MLB season
‘He’s definitely the good cop, and I’m definitely the bad one’: How two MVP candidates are fueling each other