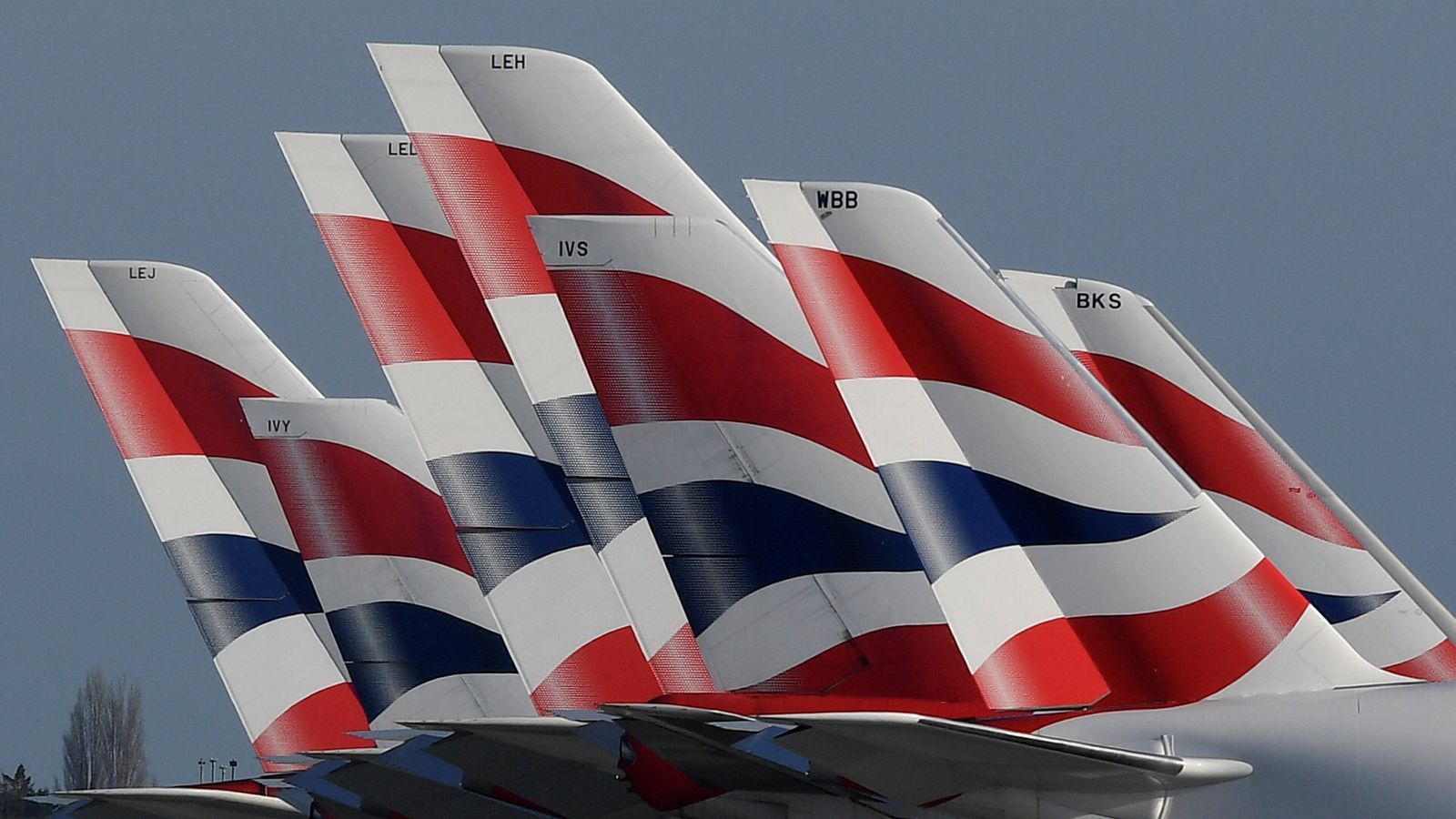 British Airways (BA) has announced it will cut a further 10,300 short-haul flights until the end of October.

The airline, among the worst hit by post-pandemic staff shortages that have resulted in widespread disruption for passengers this year, made the announcement just a day after another wave of cancellations was revealed in a bid to make schedules more robust.

BA told Sky News that the cancellations it was announcing to passengers on Wednesday, covering August to October, were part of a focus on protecting popular holiday flights.

It suggested that destinations with weak bookings would be most likely to have flight frequency consolidated.

There could be worse problems ahead for BA customers using Heathrow.

BA revealed the latest cuts less than 24 hours before unions representing 700 of its check-in and ground-handling staff at the airport – almost half its customer-facing team there – were due to reveal strike dates in a dispute over pay.

The walkouts are widely expected to coincide with the start of the summer holiday rush once schools in England break up for the end of term.

The airline has not been able to rule out making even greater curbs to flights in that event.