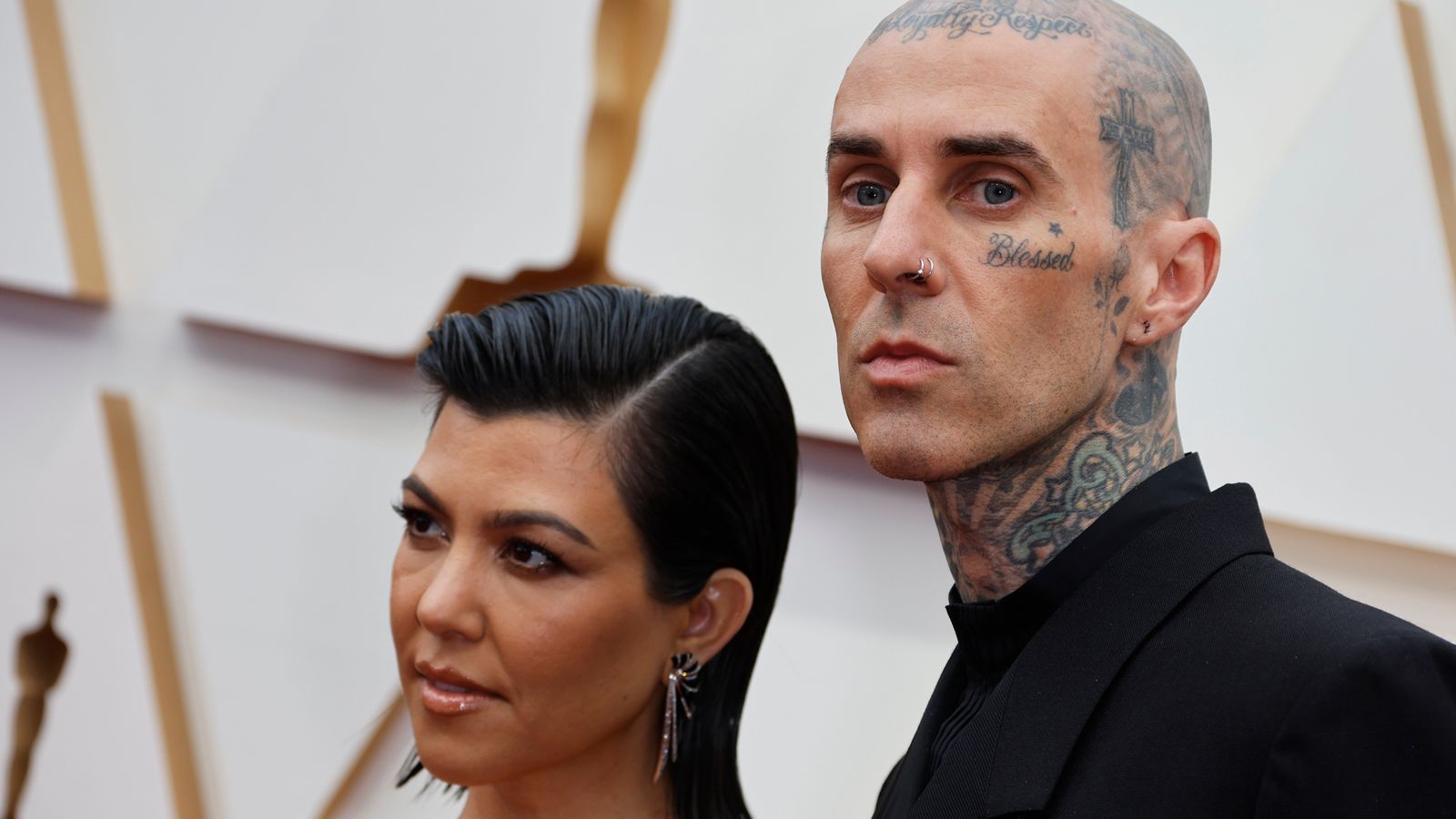 Travis Barker’s daughter has thanked his fans for their “prayers and love” as it was reported in the US that the star is expected to “be okay” following his admission to hospital.

The 46-year-old Blink-182 drummer, who recently married Kourtney Kardashian, was pictured being carried into Cedars-Sinai Medical Centre in Los Angeles on a stretcher on Tuesday morning.

And his 16-year-old daughter Alabama Barker has shared a photograph on Instagram of her hand placed next to her father’s – showing his distinctive tattoo – with the caption: “Thank you guys for all of the prayers and love, I appreciate you & love all of you.”

“He was in extreme pain yesterday, and he and Kourtney were both really worried,” a source close to Kardashian told E! News. “It was to the point where he could barely walk.”

But after spending the night in hospital, Barker is reportedly expected to “be okay and is doing better today”.

The source told E! that Kardashian was trying to keep her husband positive: “Kourtney is trying to lift his spirits and hates seeing him in excruciating pain.”

According to US entertainment news site TMZ, sources connected to the family have said Barker, 46, was suffering from pancreatitis (inflammation of the pancreas) – which doctors reportedly believe resulted from a prior colonoscopy.

Neither he nor reality TV star Kardashian, 43, have commented publicly about his illness.

Fans of the star had feared the worst after he tweeted on Tuesday to say: “God save me.”

However, some felt this might have been a reference to Machine Gun Kelly lyrics rather than his illness.

Pictures obtained by TMZ showed Barker raising a fist while being taken to hospital early on Tuesday.

Wearing a black tracksuit, Kardashian – who has changed her name to Kardashian Barker on Instagram – was shown by his side.

The couple were married in a lavish ceremony in Italy in May following a “practice” wedding in Las Vegas in April.

Dubbed “Kravis”, the couple got engaged in October after Barker proposed on a beach with a display of red roses in California.