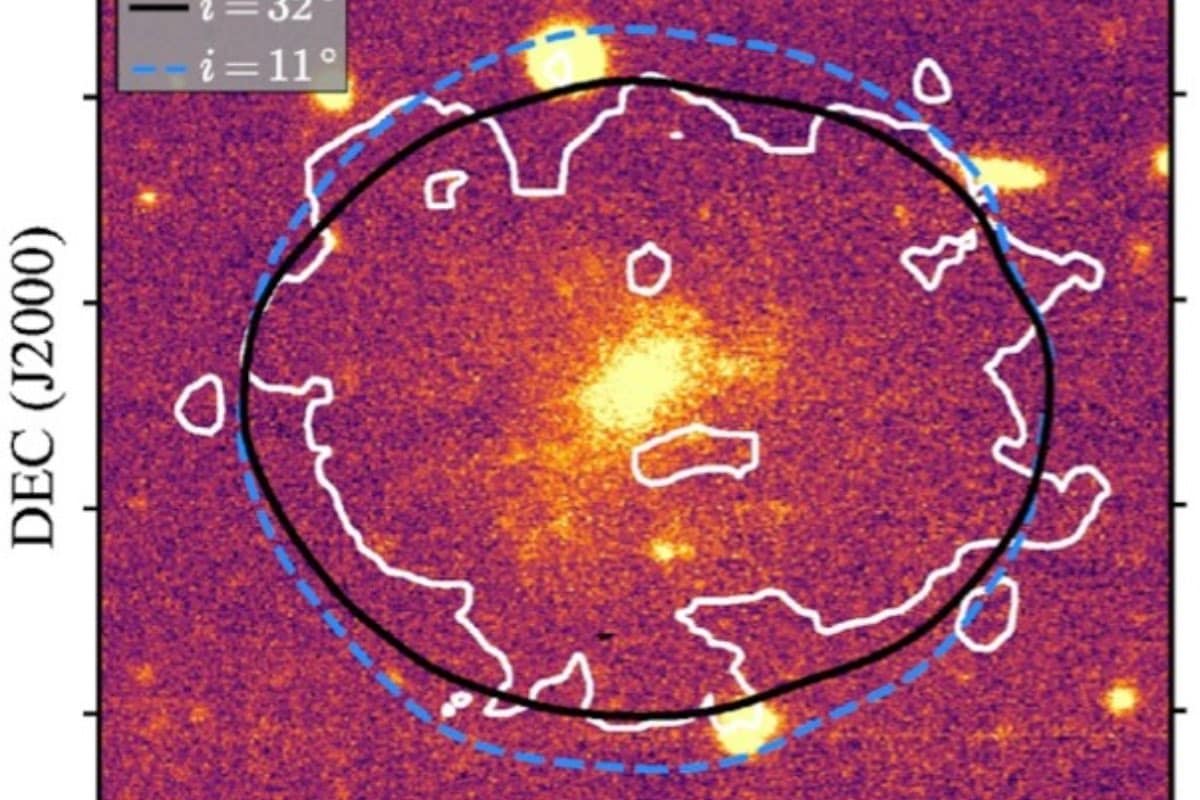 An international group of astronomers has revived an alternative gravity theory, known as Milgromian Dynamics or MOND. A majority of astronomers agree that there’s something out there, called a ‘dark matter’, which causes spiral galaxies to rotate faster than they should. If we follow the rules of physics, galaxies rotate so quickly that they should fly apart. MOND, a controversial alternative to Albert Einstein’s General Relativity that requires dark matter to hold galaxies together, does not require dark matter. As the dark matter has never been detected despite decades of sensitive searches, various theories have been put forward to explain what holds galaxies together, and debate rages over which is right.

Headed by Dr Indranil Banik of the School of Physics and Astronomy at St Andrews, the latest study has revealed a high predicted rotation speed of gas in a dwarf galaxy consistent with the previously debunked MOND theory. Dr Banik’s team argues the high predicted rotation speed in MOND theory is consistent with observations if the inclination of the galaxy is overestimated.

Since dark matter doesn’t answer all the questions, it’s not a bad idea to look at some alternative options. The new study, published in the Monthly Notices of the Royal Astronomical Society, explored this using detailed MOND simulations of a disk galaxy similar to AGC 114905.

They found that the galaxy could be a lot closer to face-on than the observers thought, meaning it is rotating much faster than reported, removing the tension with MOND.

Dr Hongsheng Zhao of the School of Physics and Astronomy added that the very low stated rotation speed of this galaxy was inconsistent with both MOND and the traditional approach with dark matter. However, only MOND was capable of overcoming this seeming contradiction, said Dr Zhao.

Because the galaxy is dominated by the smooth dark matter halo, the new study claims that a similar “false inclination” effect is unlikely to occur in the classic dark matter approach. The disc is not “self-gravitating” because the stars and gas contribute little to gravity.

Many independent teams have found that while MOND worked well in the tests conducted so far, the standard approach caused severe problems on all scales. It ranges from dwarf galaxies like AGC 114905 all the way up to cosmological scales, according to Pavel Kroupa, a professor at the University of Bonn and Charles University in Prague.