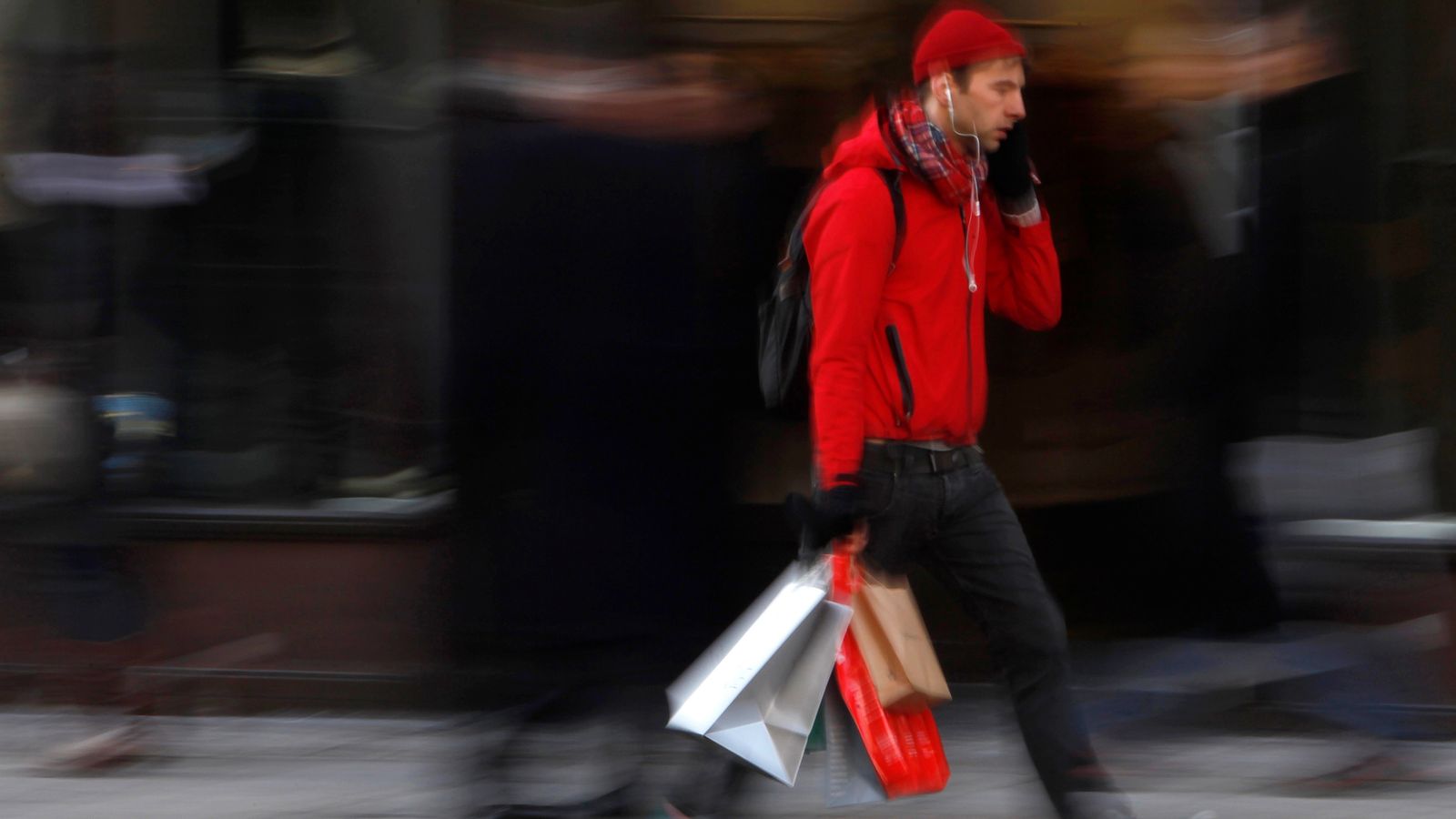 British consumer confidence has plunged to its lowest level since records began nearly 50 years ago, a survey has suggested, adding to fears that the economy will soon be hit by a slowdown in consumer spending.

Market research firm GfK said its consumer confidence gauge sunk to a score of -40 in May, down from -38 in April and -9 a year ago.

The survey of 2,000 people measures how they view the state of their personal finances and economic prospects.

Joe Staton, client strategy director at GfK, said: “Consumer confidence is now weaker than in the darkest days of the global banking crisis, the impact of Brexit on the economy, or the COVID shutdown.”

He said consumers increasingly feel that now is not a good time to make big purchases like furniture and electrical goods – a reflection of the latest “dismal ” retail sales figures.

“The outlook for consumer confidence is gloomy, and nothing on the economic horizon shows a reason for optimism any time soon,” he said.

“Even the Bank of England is pessimistic, with Governor Andrew Bailey this week offering no hope of tackling inflation,” he added, referring to comments made by Mr Bailey in which he said he felt “helpless” in the face of soaring prices.

Andrew Goodwin, chief UK economist at the consultancy firm Oxford Economics, said the record low is the “natural consequence of the sharp rise in inflation and increase in personal taxation”.

“Consumers are now able to see what the rise in the energy price cap, the rise in NICs [National Insurance contributions] rates and the freeze in income tax allowances and thresholds means for their finances,” he told Sky News.

Britons have been battered by rising energy, fuel and food prices that saw inflation hit a 40-year-high of 9% for the month of April. 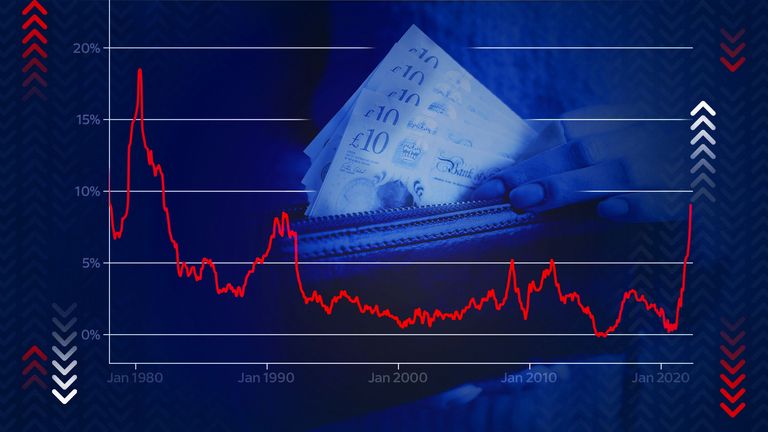 Why is inflation so high?

Mr Goodwin said consumers are likely to “feel the pinch” for some time and there are already signs that consumers are beginning to cut back on spending.

He said the increase in consumer spending in the first three months of this year was “underwhelming”, adding: “We expect consumer spending to fall in each of the remaining three quarters of the year, leaving the consumer sector in recession.

“We see only limited scope for lower saving to cushion the blow so, given the government remains unwilling to provide additional support, the squeeze on household finances will be so great that it’s hard to see how we can avoid falling consumer spending.”

Chancellor under pressure amid calls for emergency budget

Abena Oppong-Asare, shadow exchequer secretary to the Treasury, said consumer confidence had hit a record low because of the “double whammy of a Conservative cost-of-living crisis and a Conservative economic growth crisis”.

“Families across the country are being hit by soaring bills and rising prices, but the chancellor still won’t act,” she said.

“To improve consumer confidence, Labour are calling on the government to urgently bring forward an emergency budget, with a windfall tax on oil and gas producer profits to lower bills for families and support energy intensive industries.

“Our plans to cut taxes for small business would save firms up to £5,000 this year.”

The British Chambers of Commerce (BCC) added to calls for an emergency budget, saying it wants to see National Insurance contributions for businesses lowered from 15.05% to 13.8%, which is what they were before April.

Its separate survey of 1,100 UK employers found that four in five had been negatively impacted by the tax rise, forcing some businesses to put up their prices.

“Businesses are telling us that the rise in National Insurance contributions has been a body blow as they try to get back on their feet,” said Hannah Essex, co-executive director of the BCC.

The BCC is also pushing for a VAT cut on energy bills and free COVID tests to help companies reduce staff sickness.

A Treasury spokesperson said: “We’re taking decisive action to tackle the NHS backlog and fix the social care crisis – something governments have ducked for decades. The smallest 41% of firms are not affected at all by the Health and Social Care Levy, and the next 40% are seeing wage bills rise by less than 1%.

“We provided businesses with an unprecedented package of support that saved millions of jobs throughout the pandemic – and have since gone further, cutting taxes for hundreds of thousands of firms through an increase to the Employment Allowance, slashing fuel duty and halving business rates for eligible high street firms.

“We continue to support businesses with tax incentives like the Annual Investment Allowance and the super-deduction, the biggest business tax cut in modern British history as well as investing in skills, innovation and infrastructure to boost growth for the long-term.”

How to pick the best MacBook so you’re not overspending for what you don’t need
Should I keep saving for my pension or use the money to pay for rising costs?
Donald Trump being investigated under Espionage Act, with ‘top secret’ documents taken from his Florida home
Nurse charged with six counts of murder after fatal car crash
Mobile EV charging company, SparkCharge, welcomes President Biden at CHIPS and Science Act signing