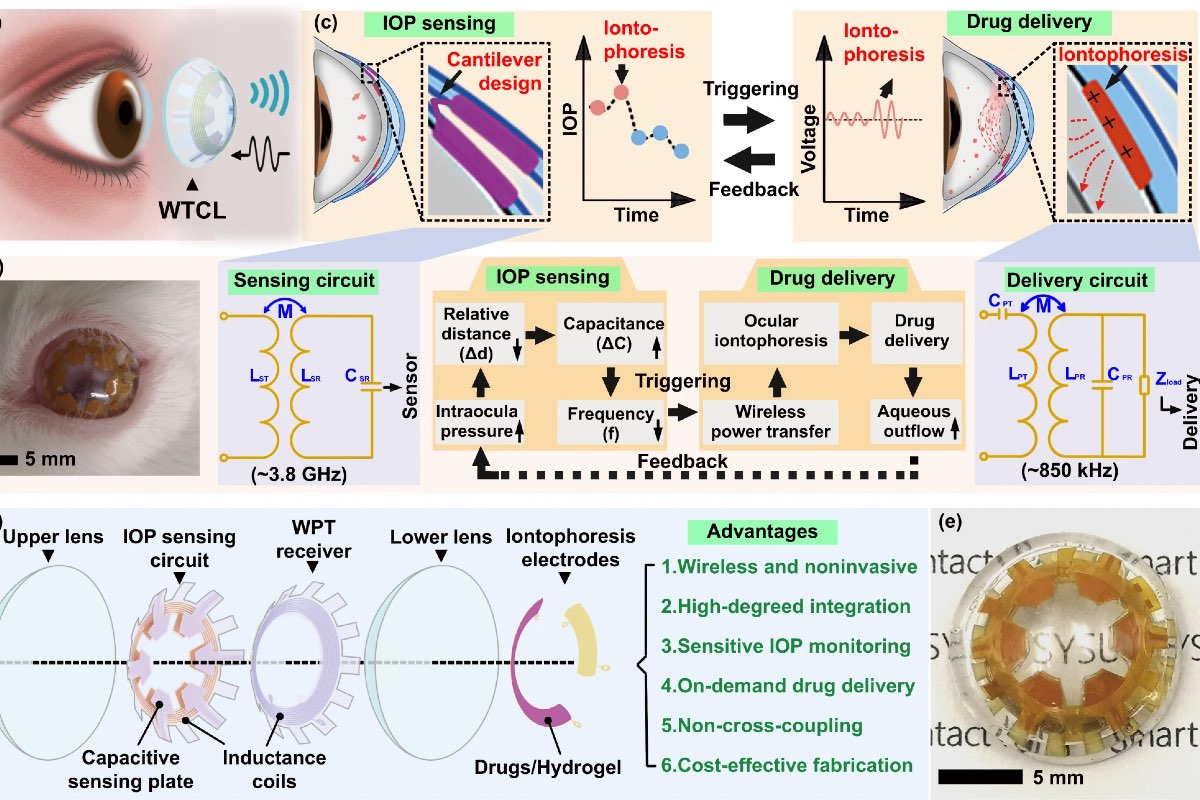 Glaucoma is one of the leading causes of blindness across the globe. People suffering from glaucoma have their optical nerves damaged. This nerve damage, which curbs the relay of visual information to the brain, is often caused by abnormally high pressure in the eye. Wouldn’t it be useful if there’s a way to reduce eye pressure to avoid glaucoma? A team of researchers have developed a compact wireless device – a flexible (smart) contact lens – that appears to detect rising eye pressure. It then releases a drug on demand to reduce that pressure.

Though the wireless device has only been tested in pig and rabbit eyes, this research is a breakthrough in a sense. Several researchers have previously either focussed on sensing pressure changes in the eye or delivering a drug, but not both. The team of Chinese researchers have done exactly that in this research – it detects changes in pressure as well as delivers the therapeutic drugs as needed.

Glaucoma is a group of eye diseases related to the optic nerve and causes irreversible vision loss and blindness in millions of people worldwide. Early detection and timely intervention remain vital to treating or slowing this condition. But it is hard to catch.

So, contact lens which sit comfortably against the eye hold great appeal for delivering therapies for such conditions. But fitting electrical circuits and sensors into small, curved and ultra-thin contact lens present a serious engineering challenge. “It is highly challenging to install an intricate theranostic system composited by multi-modules on a contact lens,” electrical engineer Cheng Yang of Sun Yat-Sen University and colleagues wrote in their paper.

The researchers added that the double-layered lens they have designed carries an anti-glaucoma drug, brimonidine. When the lens detects that eye pressure has reached a risk level, the wireless system triggers the release of the drug. The drug flows from the underside of the lens across the cornea into the eye.

More tests are required before the lens could move for clinical tests in humans.