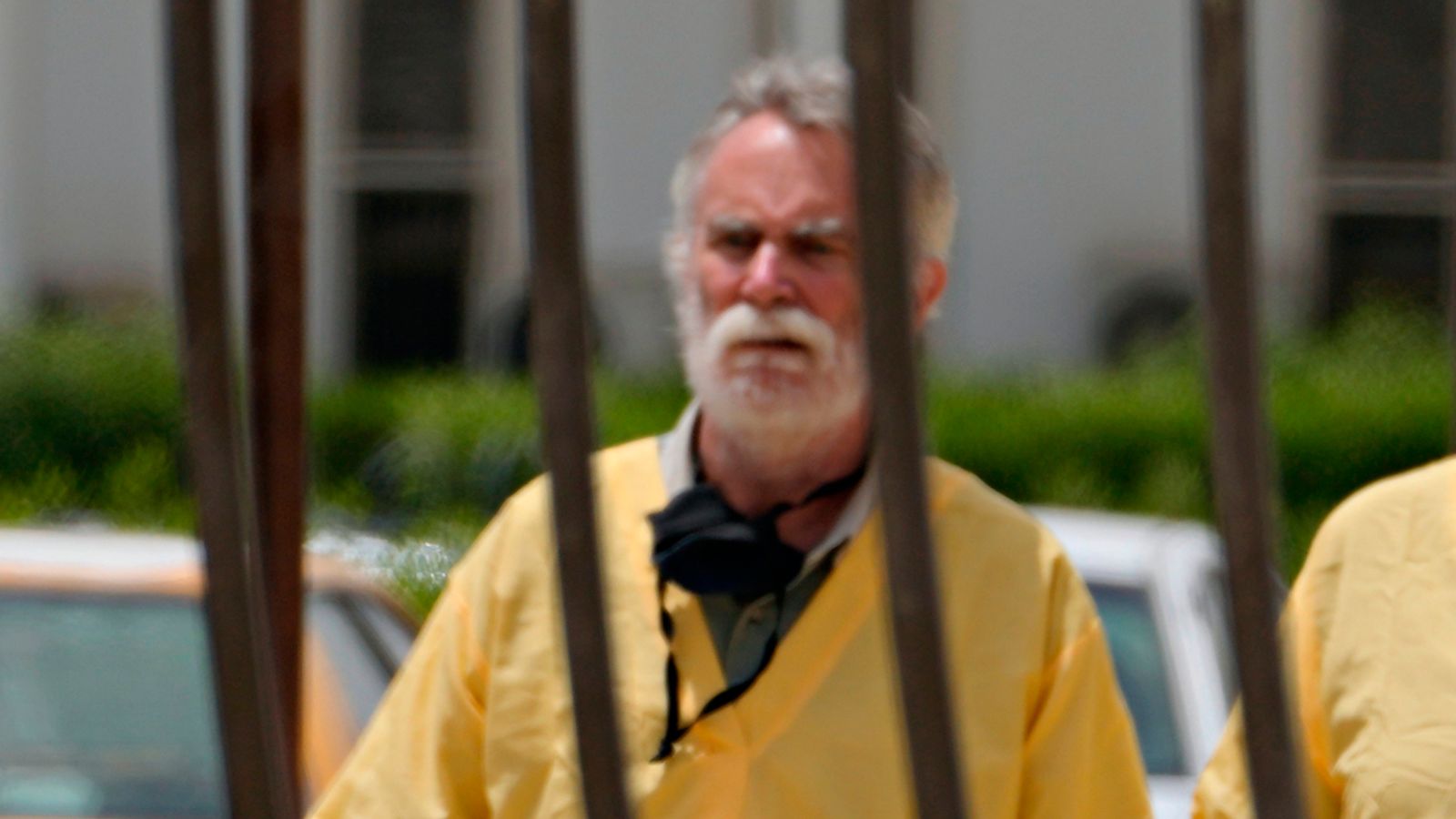 A retired British geologist who faces the death penalty over accusations he smuggled artefacts out of Iraq has told a court he had no idea he was breaking the law.

Jim Fitton, 66, collected 12 stones and shards of broken pottery as souvenirs while visiting a site in Eridu in the country’s southeast as part of an organised geology and archaeology tour.

He appeared with Volker Waldmann, a German tourist, before a panel of judges at a Baghdad court on Sunday wearing a yellow uniform.

They have been held in the country since the items were found in their bags as their tour group prepared to fly out of Baghdad on 20 March.

The men told the court they had not acted with criminal intent.

Fitton said that he “suspected” the items he collected were ancient fragments, adding that “at the time I didn’t know about Iraqi laws” or that taking the shards was not permitted.

“There were fences, no guards or signage” at the sites, he said.

Jaber Abdel Jabir, the head judge, said: “These places, in name and by definition, are ancient sites. One doesn’t have to say it is forbidden.”

When Fitton said that some of the shards were “no larger than my fingernail”, the head judge said: “Size doesn’t matter.”

Fitton was in the habit of collecting such fragments as a hobby and had no intention of selling them, the court was told.

Waldmann said the two items found in his possession were not his and had been given to him by Fitton to carry.

Both men could face the death penalty under Iraqi law.

Fitton lives in Malaysia with his wife, Sarijah. His daughter Leila Fitton, 31, and her husband Sam Tasker are based in Bath.

Their petition – together with Fitton’s son Joshua – calling for UK ministers to intervene to help free the geologist has collected more than 270,000 signatures.

The case was also raised in the Commons last week.