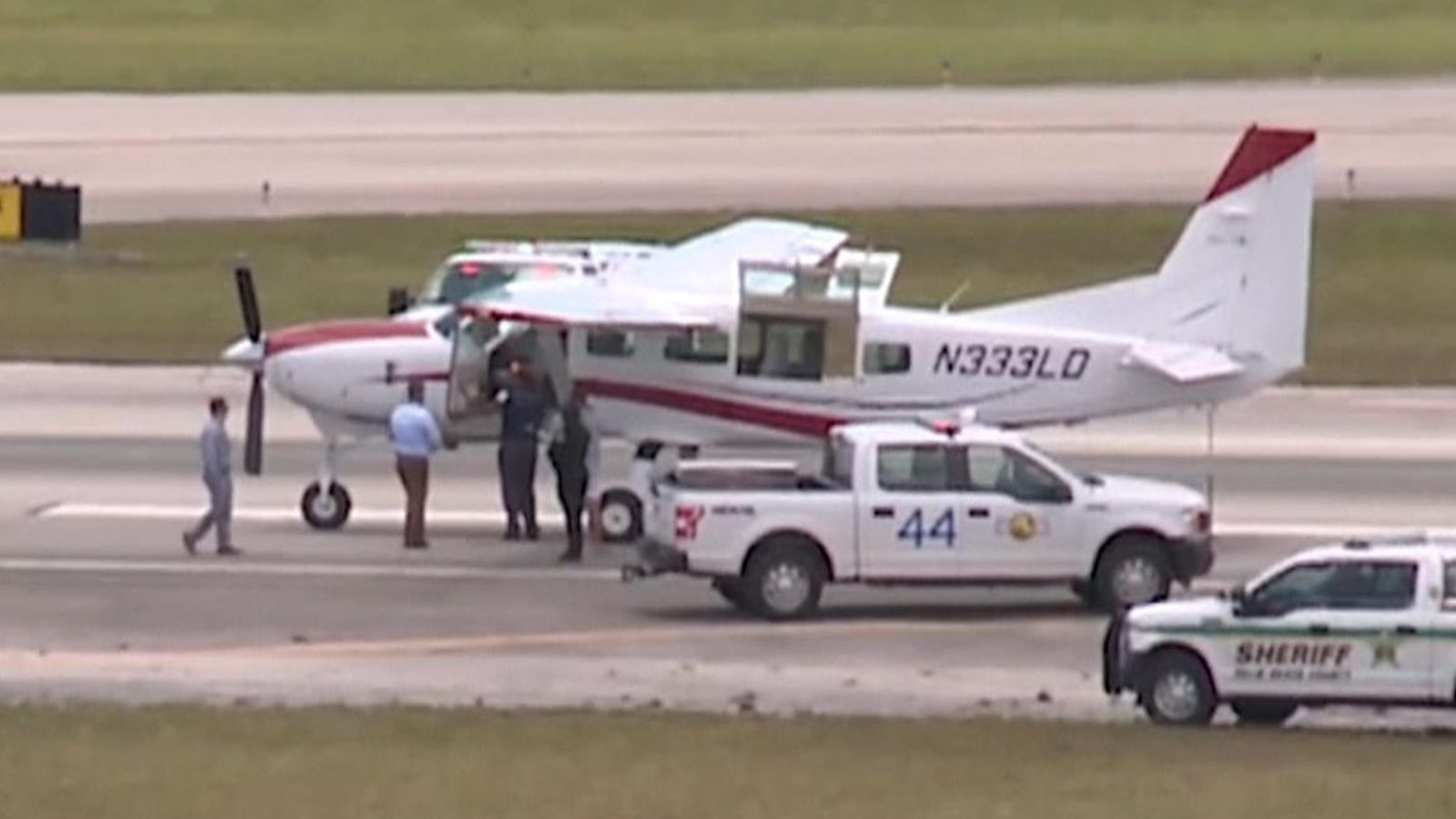 An air traffic controller who helped a passenger with no flying experience land a plane in Florida when the pilot suddenly fell ill has said the moment “felt like I was in a movie”.

The passenger radioed an urgent plea for help off Florida’s Atlantic coast on Tuesday and was able to land the plane safely with the help of Robert Morgan after the pilot became “incoherent” following a medical emergency.

The air traffic controller, who has 20 years’ experience, said in a video released by the Federal Aviation Administration (FAA) that he was just doing his job, but at a higher level than he thought he would have to do it.

Mr Morgan said: “We’ve never had anything like that.

The aircraft was occupied by the pilot and two passengers, according to an FAA news release, officials have not identified any of them.

According to Flight Aware, the plane had taken off from Marsh Harbour International Airport in the Bahamas.

Rescue workers assisted the original pilot, officials added. Neither passenger had any injuries and officials did not immediately say what caused the pilot to fall ill.

In live audio from a call made to air traffic control at Fort Pierce Tower, the man who landed the plane said: “I’ve got a serious situation here.”

“My pilot has gone incoherent. I have no idea how to fly the airplane, but I’m maintaining at 9100,” the man said.

An air traffic controller in Fort Pierce responded, asking if he knew the position of the single-engine Cessna 208.

The dispatcher told the passenger to “maintain wings level” and “try to just follow the coast, either north or south” while they worked to locate the plane.

Twin controls enable a Cessna 208 to be steered from the passenger seat.

Minutes passed before controllers were able to locate the plane, which by then was heading north over Boca Raton.

Then the man’s voice seemed to fade, so the controller in Fort Pierce asked for the passenger’s mobile number to enable controllers at Palm Beach International Airport to communicate with him more clearly.

Mr Morgan took over at that point, talking the passenger down to a safe landing.

“Kudos to the new pilot,” one controller told him after the plane smoothly wheeled down the tarmac.

Ethereum just pulled off its final test run ahead of one of the most important events in crypto
ISRO Completes LEM Test Ahead of Gaganyaan Project, Launches SPARK Virtual Space Museum: Details
Disney streaming subscriber growth blows past estimates, as company beats on top and bottom line
InMotion unveils ‘fastest in the world’ 87 MPH V13 Challenger electric unicycle
Google outage reported by thousands of users around the world