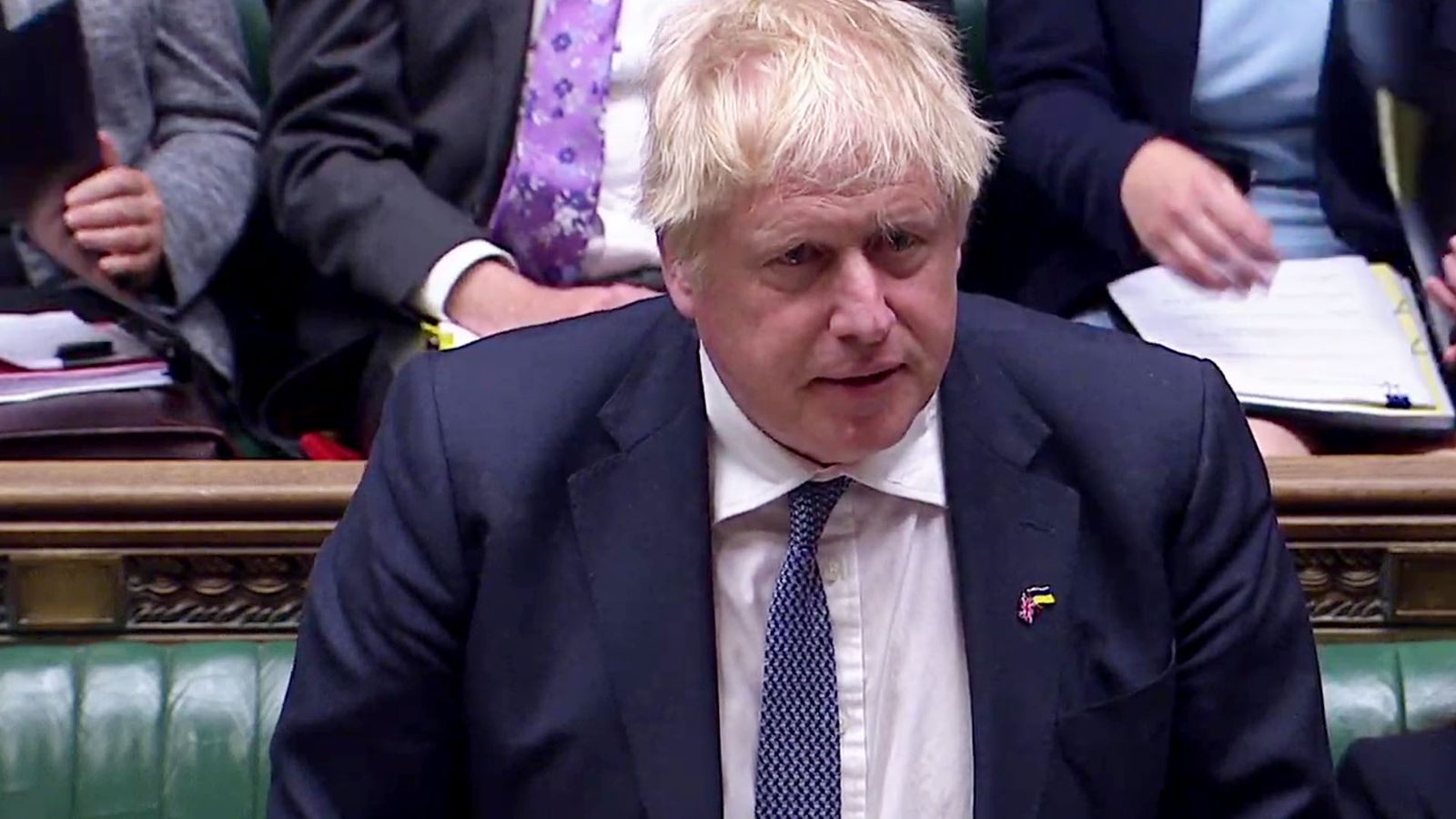 The government will not be bringing forward an emergency budget in light of the cost of living crisis, but “will be saying more and doing more to help people”, Michael Gove has said.

Responding to the government’s Queen’s Speech on Tuesday, Labour leader Sir Keir Starmer claimed the government was “bereft of ideas” as the nation heads towards a “stagflation crisis”.

In response, Boris Johnson replied: “We will continue to use all our ingenuity and compassion for as long as it takes and the chancellor and I will be saying more about this in the days to come.”

But a Treasury spokesman said immediately after the PM’s comments that there would be no emergency budget.

Speaking to Sky News on Wednesday, the levelling up secretary said Mr Johnson’s words were “over interpreted”.

Asked whether the PM or Treasury spokesperson were correct, Mr Gove added: “They’re both right and there won’t be an emergency budget.”

He continued: “It is sometimes the case that the words from a prime minister or minister are overinterpreted.

“The prime minister is right. We will be saying more and doing more in order to help people with the cost of living challenge we face at the moment, but that doesn’t amount to an emergency budget. It is part of the work of government.

“Last night the prime minister convened a group of ministers – we have all done work on some of the things we could do to help. Those policy initiatives will be announced by individual departments in due course as they are worked up.

“It is part of the process for a government that is always and everywhere thinking of how we can help and how we can provide support, both short term and long term.”

Households are currently facing rising energy bills, inflation is forecast to hit 10% and benefits and wages failing to keep up with the increase in prices. Boris Johnson has promised to

On Tuesday, Mr Johnson acknowledged that the aftershocks from the pandemic had seen energy and food prices surge across the world.

He warned there were limits on how much public money he was prepared to commit to addressing a global economic crisis.

But he spoke of using the “fiscal firepower” of the government to ease the situation in a strong hint at future help for households under strain.

Welsh Secretary Simon Hart increased the speculation of further measures, saying on Tuesday night that the cost of living crisis was “now the most important challenge” in Britain which he and Cabinet colleagues would be discussing how to solve this week.

“You will hear more probably on Thursday after the Cabinet has met,” he told TalkTV.

Last month, chancellor Rishi Sunak said he would need to see how far fuel prices go up before coming forward with new measures.

“Depending on what happens to bills then, of course, if we need to act and provide support for people, we will,” he told Mumsnet at the time.

“But it would be silly to do that now or last month or the month before when we don’t know exactly what the situation in the autumn will be.”

Sir Keir said the Queen’s Speech was “the latest chapter in a pathetic response to the cost of living crisis”, adding that Britain needed “a government of the moment with the ideas that meet the aspirations of the British public”.

He called for measures including an emergency budget, a windfall tax on energy companies and a better plan to avoid more energy crises in the future such as by standing up to opponents of onshore windfarms.

Labour leader Keir Starmer has accused the government of presiding over a ‘stagflation’ crisis as prices rise while the economy stagnates.

Meanwhile, Liberal Democrat leader Sir Ed Davey later asked for clarity about what help might be coming after the PM’s hint followed by the Treasury “saying they have no idea what the prime minister is referring to”.

Speaking to Sky News on Wednesday, he called for a VAT tax cut and for a windfall tax on energy firms’ profits.

Minister have consistently highlighted the £22 billion package of government help with energy bills, tax cuts and other measures.

But the Queen’s Speech received criticism from some for not containing any new measures to help rising household costs.

Torsten Bell, chief executive of the Resolution Foundation think tank, said ministers had not announced “anything that will make a material difference” to boosting economic growth.

While Dr George Dibb, head of the IPPR Centre for Economic Justice added: “Today’s Queen’s Speech contains almost nothing for families who are struggling to make ends meet.”