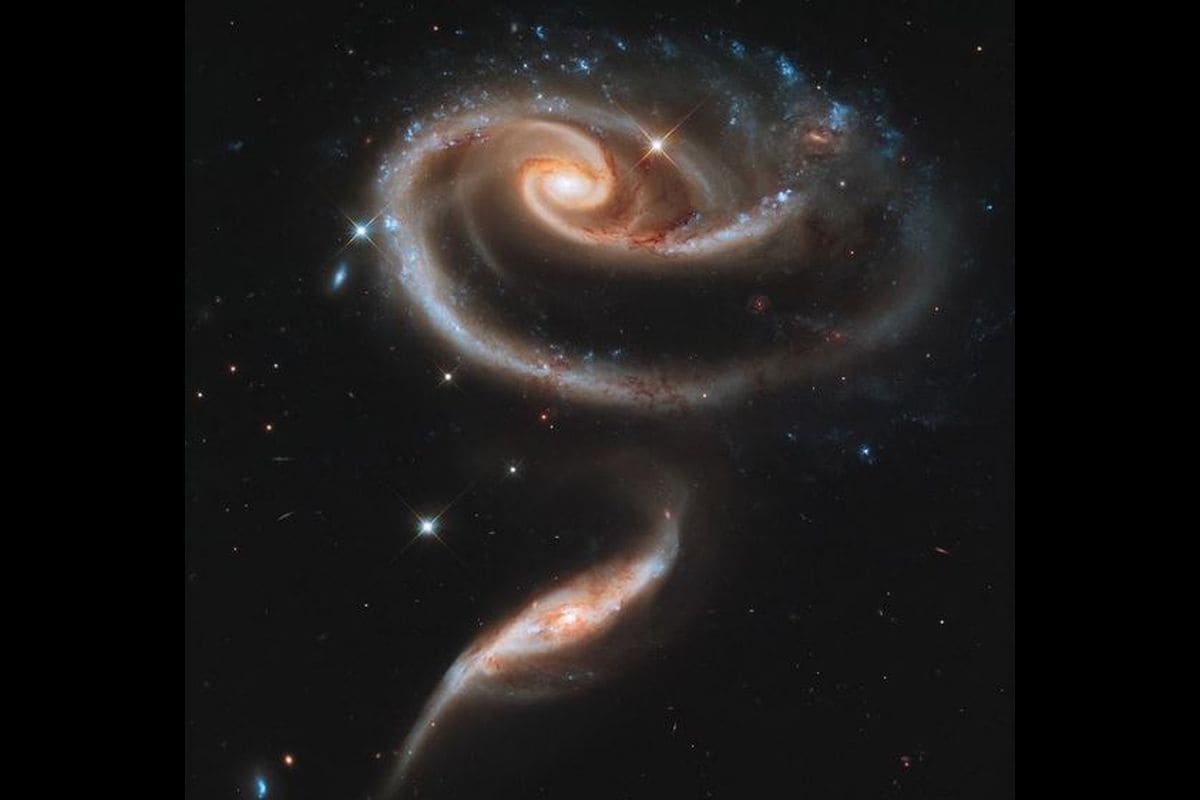 If you are someone who loves sky-gazing, reading about outer space, researching about celestial bodies, or scouring the Internet to extract images or videos of galaxies, then a new Instagram post by the NASA will leave you awestruck and smiling. Shared on the official Instagram handle of NASA’s Hubble Space Telescope, the post has an image of “interacting galaxies Arp 273”. In the image, a group of spiral galaxies seems to have created a shape resembling a cosmic rose. In between, a swathe of bright stars shining fiercely gives out the impression of sparkling jewels.

NASA has captioned the post: “A cosmic rose, just for you! This stunning image of the interacting galaxies Arp 273 was released #OTD ten years ago. At about 300 million light-years away, this “rose” made of galaxies lies in the constellation Andromeda.”

The post has yet again mesmerised NASA’s followers, and has garnered over 160,000 ‘likes’ and a number of reactions. While one of the users wanted to know if the galaxies were “going to collide?”, another wished that she “could keep this sparkling Rose with me….forever”. A third user felt it was “So romantic”, while a fourth gave the “rose” to someone and said “I love u”.

Arp 273 comprises two spiral galaxies — the larger one known as UGC 1810, and another galaxy below it known as UGC 1813. According to NASA, Arp 273 lies in the constellation Andromeda, as explained by NASA.

NASA has, time and again, shared photos and videos of space on its social media handles. About a week ago, the agency shared a few stunning images of the Earth as viewed from space. The images, shared on NASA’s official Instagram page, were taken from a vantage point of the International Space Station by NASA astronauts. NASA had captioned the photo, “No matter whether we are on land or in space, we are unified by this tiny blue planet – and that’s something to celebrate.”

In March, NASA had shared a clip featuring mesmerising musical notes created by astronomical data collected from outer space, and captioned it, “It’s not over till the Cat’s Eye nebula sings.” NASA converted the data into sound format. So, its followers could hear the data instead of just visualising it. For the uninitiated, ‘Cat’s Eye Nebula’ is a nickname for the planetary nebulae NGC 6543.

Tell us what you think of the various photos and videos shared by NASA.

Is OnePlus 9R old wine in a new bottle — or something more? We discussed this on Orbital, the Gadgets 360 podcast. Later (starting at 23:00), we talk about the new OnePlus Watch. Orbital is available on Apple Podcasts, Google Podcasts, Spotify, and wherever you get your podcasts.

Improved Lithium-Ion Battery Technology Could Help EVs in Cold Climates to Travel Further on a Single Charge
No such thing as a safe seat as PM desperate to avoid Tamworth by-election over Chris Pincher scandal
ESPN handicapping expert Hank Goldberg dies
Cornet stuns No. 1 Swiatek; streak ends at 37
China Rejects NASA Chief’s Accusation That It Plans to ‘Take Over’ the Moon