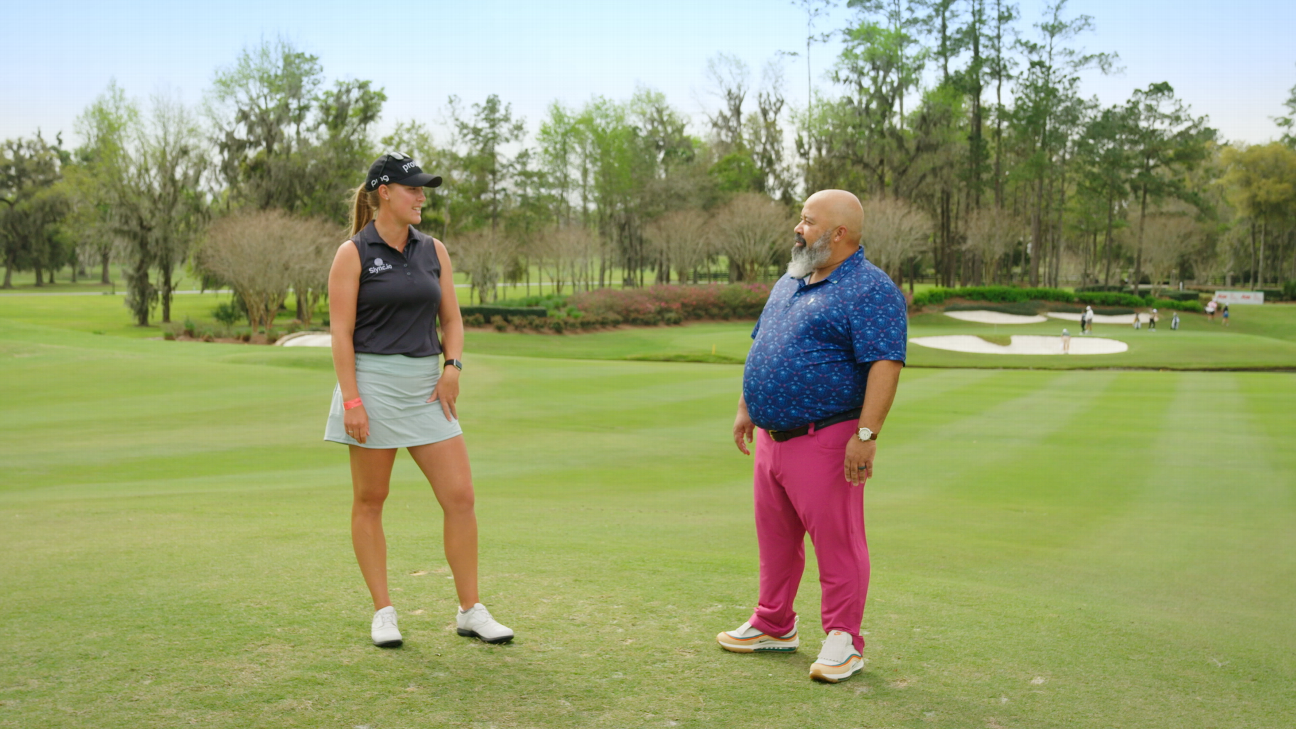 There can be only one first. History rarely cares if someone says, “Hey, I was the second person …” Which is why historically Jennifer Kupcho’s name will always be remembered. She was the first to win the Augusta National Women’s Amateur in 2019. Because of the pandemic, the event was not played in 2020. So Kupcho has now been holding the title for almost two years. The weird part is, she almost didn’t even accept the invite in 2019. Wait … what?

Collins: Let’s go way back to the beginning when the announcement was made that they were going to have a women’s amateur event at Augusta National. What do you remember that feeling being?

Kupcho: It was pretty exciting. They announced it at the Masters a year before (2018). So I think my like original reaction was like, ‘Oh, I hope I get to play in that. That would be really cool to play Augusta (for a) tournament.

Collins: And then when you realized, “Oh s—, this is really going to happen.” What was that like?

Kupcho: It was really exciting. I actually originally turned down the invitation. Because I had committed to playing with the team (Wake Forest University) for another semester after I had already got my LPGA card. I felt like I should play for the team and not really do anything else. Obviously, I changed my mind.

Collins: OK, stop. What? You have to tell me: Who you told about your thought process, and what was their reaction?

Kupcho: Honestly, I don’t think anyone ever like was like, “Are you serious?” But I mean I had (talked to) a couple people and my college coach. I’m sure in the back of their mind they were kind of thinking, “You should probably go play.” But they never said it. And I didn’t ever really think anything of it.

Side note from the Caddie: I told her the story of Colt Knost, who turned down the chance to play the Masters as an amateur in 2007 to instead turn pro. He never played in the Masters as a professional.

Collins: Obviously you made the correct decision. Looking back at that week now, what was different about that tournament compared to others you had played in?

Kupcho: I think the biggest thing is they had events planned. I feel like every second of every day it was like, “You’re going here and then you’re doing this and then you’re doing this.” I think I’ve never been so tired leading up to an event, because there was dinner after dinner. And then it was like, “Oh, we’re going do this activity at the ballpark.” It was like a minor league ballpark, and we were staying at the hotel right across the street. We got to hit shots out onto the field and there was a dinner. But I just remember being so tired before the tournament started. It was all really fun. Augusta did a great job of planning it, and everyone had a great time. It was just like, “Wow, I’m really tired now!”

Collins: The only thing you didn’t have was free time, which seems crazy.

Collins: What was the hardest thing about the week, golfwise?

Kupcho: I would say practicing. Because of all the events that we had, I just wanted to relax. So actually practicing was hard to get yourself mentally focused. You were so excited for the rest of the day, like, “Oh, this is going to be so fun tonight!” and then you’re like, “Oh yeah, I’m here to play a golf tournament. Not to go to dinner.”

Collins: Everyone talks about how much different Augusta is in person compared to on TV. What was the biggest wow factor for you?

Kupcho: Probably how hilly it is. You don’t see all the undulations and how uphill or downhill the holes are on TV. But in person and walking it, you’re like, ‘Wow, this is really hilly!’

Collins: The other cool thing about your win — your caddies.

Kupcho: Yeah. For the round at Augusta I took a local caddie. For the other two rounds (at Champions Retreat), my dad caddied.

Collins: And your dad was cool with it because the Augusta caddies have so much knowledge of that course?

Collins: The biggest thing your caddie did for you that week?

Kupcho: His green reading was unreal. There was so many times when I was like, ‘It breaks this way.’ And he was, “No, it breaks the other way.” It’s just all the local knowledge of the greens. It can look one way, but it could break the complete opposite way.

Collins: What’s been the coolest part of being able to say, “I’m the first woman to win the Augusta National Women’s Amateur”?

Kupcho: Probably how big of an effect it had and still has on women’s golf. I think having so many people watch originally because it’s at Augusta. To be able to have a fun event for people that were just watching for the course, I think it’s huge because most people don’t think that women are entertaining to watch. And I think that event was probably one of the most entertaining women’s [golf] events that has ever been.

Collins: On the flip side, what’s been the hardest part of being the first woman to win a tournament at Augusta?

Kupcho: I guess you could say, how famous [the win] became. When someone sees me or meets me it’s like, “Oh my gosh, you won at Augusta!” And I think now I’m just trying to make a name for myself on the LPGA. Yeah, I’ve taken second [place] three times, but I think that’s the hardest thing. Everyone only thinks of that [win], but now I’m playing well on the professional level. So I think it’s just a challenge for me to make my name out here on the LPGA.

Collins: Life on the LPGA Tour must be a lot different than college golf. Biggest adjustments you’ve had to make?

Kupcho: How much golf you play. Just going week to week. I mean, you’re traveling every week, which we didn’t do in college. I’m playing so much more golf and tournament rounds than I’ve ever played in my life. Back in college, I would play a couple of times a week. Now I’m playing at least nine holes pretty much every day at a tournament. It’s just so much golf.

Collins: That’s when learning to budget your time becomes critical.

Kupcho: Exactly. And I think that’s the biggest thing. Having time management. I need to practice. But I also need to work out. I also need to relax and recover for my body to be ready to go over the weekend.

Collins: What’s your favorite thing about being an LPGA Tour pro?

In this edition of America’s Caddie, Michael Collins prepares for the 85th Masters by playing an epic game of mini-golf & chatting with some green jacket winners. Stream now on ESPN+

Kupcho: I think just the most awesome thing about it is being able to travel everywhere. It’s just like the coolest part of the job.

Collins: Favorite place so far? Somewhere you go back even if you were not golfing.

Kupcho: Probably Japan or Korea. They’re really cool. They’re both really awesome. And they both have really good food.

Collins: You know that’s what I’m all about. What’s your go-to food on the road?

Kupcho: Every week I go to Chick-Fil-A!

Collins: But what do you do on Sundays?

Collins: Why can’t I have my comfort food on the day we travel?

Kupcho: (Laughing) Right? I tell the LPGA, “Hey, let’s have tournaments from Wednesday to Saturday so I can get my Chick-Fil-A!”

Kupcho: It’s so good, though.

Collins: When you’re not playing golf, what are you doing for fun?

Kupcho: I like to play Fortnite. And obviously I watch Netflix, but everybody does that. I just recently got into this thing called diamond painting. It’s kind of like color-by-numbers but with little diamonds. Obviously, not real but little plastic diamonds. Basically it’s super cool and super time-consuming. Keeps you entertained for a long time.

Collins: What about when you’re home?

Kupcho: I like to cook a lot at home. Cooking and baking.

Collins: Vacation spot you’ve never been that has nothing to do with golf.

I just had (another) expensive electric bike stolen. Here’s what would have stopped it
‘India has a big role to play’: New Delhi is trying to turn the country into a chip powerhouse
Labour to fight back against Trussonomics tax giveaways at party conference
Keir Starmer says he will reverse tax cut for top earners if he wins next election
Cops on electric Harley-Davidsons, but with a twist: Police department adopts Serial 1 e-bikes